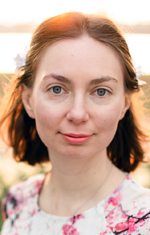 Will the real Moschiach rise?

SAN DIEGO – When it comes to the subject of the moschiach (messiah), opinions abound. Some claim that the messiah has already come and will one day “return” to fulfill all of the messianic prophecies. Unfortunately, this is an unfalsifiable assertion since it is based on the expectation of an indefinite moment. Just because a particular messiah from years past hasn’t returned doesn’t mean he won’t in the future. This is like proving that unicorns don’t exist – just because you can’t see them doesn’t mean they aren’t out there somewhere. This type of logic keeps many people trapped in cults despite the lack of concrete evidence that said cult is actually true.

Regardless of what religious sects may claim, there remain unfulfilled messianic prophecies. As of this writing, there is no peace in the Middle East, there is no worldwide acceptance of the Jewish God, and there is no Third Temple being rebuilt in Jerusalem. .

“In the last days, the mountain of the house of HaShem will be the highest of all, the most important place on earth. It will be raised above the other hills, and people from all over the world will flock there to worship. People from many nations will come and say, “Come, let us go up to the mountain of HaShem, to the house of the G‑d of Jacob. There he will teach us his ways and we will walk in his paths. For the teaching of HaShem will come out of Zion; His word will come out of Jerusalem. HaShem will mediate between peoples and settle disputes between strong distant nations. They will forge their swords into plowshares and their spears into pruning hooks. Nation will no longer fight against nation, nor train for war. Everyone will live in peace and prosperity, enjoying their own vines and fig trees, for there will be nothing to fear. HaShem of the Heavenly Hosts made this promise! (Micah 4:1-4).

“If a king arises from the house of David who delves deeply into the study of Torah and, like David his ancestor, observes his mitzvot as prescribed by the written law and the oral law; if he will compel all Israel to enter [the way of the Torah] and repair the breaches [in its observance]; and whether he will fight the wars of Gd; – we can confidently regard him as Mashiach. If successful in the above, build the [Beis Ha]Mikdash on his site, and gathers in the scattered remnant of Israel, he is definitely the Mashiach. He will then perfect the whole world, [motivating all the nations] to serve Gd together, as it is written: “I will make the people pure of word that they all call on the name of Gd and serve him for one purpose” (Hilchot Malachim 11:1-4).

When it comes to speculating who precisely is or will be the moschiach, it is helpful to remember the wise words of King Solomon.

“History keeps repeating itself. Everything has already been done. There is nothing new under the sun” (Ecclesiastes 1:9).

With that in mind, it’s worth going back and seeing who exactly built the first and second temples. The first temple was drafted by King David and later completed by his son King Solomon. Both kings were descendants of a Moabite foreigner named Ruth. While Ruth abandoned her pagan polytheism to follow the one God of Israel (Ruth 1:16), there is no biblical evidence that she had an official conversion, let alone an Orthodox conversion. [1]. Being a woman is of paramount importance since Orthodoxy considers Judaism to be inherited from the mother. (The shift from Jewish patrilineal descent to matrilineal descent occurred during the Roman Empire [2].) Interestingly, King Solomon had no problem with foreigners coming to Jerusalem to accept HaShem as Gd. He welcomes them and does not once mention that they need an official conversion.

“In the future, foreigners who do not belong to your people Israel will hear about you. They will come from afar when they hear of your great name, your strong hand and your mighty arm. And when they pray to this Temple, then listen from heaven where you dwell, and grant what they ask of you. In this way, all the peoples of the earth will know and fear you, just like your own people Israel. They too will know that this temple which I have built honors your name” (2 Chronicles 6).

The prophet Isaiah echoes Solomon’s sentiments toward strangers. It also makes no reference to any official conversion.

“But HaShem will have mercy on the descendants of Jacob. He will again choose Israel as His special people. He will bring them back to settle again in their own country. And people from many different nations will join them there and unite with the people of Israel” (Isaiah 14:1).

The construction of the second temple was initiated by Cyrus the Great, a Persian king. While Cyrus proclaimed HaShem as the One True God, like Ruth, there is no mention of him having an official conversion (2 Chronicles 36:23). Despite the absence of any official conversion of Cyrus, the prophet Isaiah referred to him as a moschiach in Isaiah 45:1 (different from “the moschiach” but nonetheless important). The expansion of the Second Temple, including the construction of the Western Wall, was initiated by Herod the Great. King Herod’s grandfather Antipas converted to Judaism under the conquest of Idumea by Hyrcanus [3].

By Orthodox standards, neither King David, nor King Solomon, nor King Cyrus, nor King Herod would be considered halakhic Jews. Also, due to limited historical evidence, there is no way to know for sure how observant they were. Perhaps these kings and their ancestors lived a Reform or Conservative Jewish lifestyle before these terms even existed. Considering Jewish history, it is entirely possible that the Moschiach who built the Third Temple was either a convert himself or a descendant of converts. Moreover, despite Orthodoxy’s position that only Orthodox conversions to Judaism are valid, Israel’s Supreme Court says otherwise. In 2021, the court ruled that “persons who convert to Judaism through the Reform and Conservative movements in Israel are also Jews and have the right to become citizens.” [4].

“Let no stranger related to HaShem say, ‘The Lord will surely cut me off from his people’” (Isaiah 56:3).

Today, it is traditional for rabbis to turn down potential converts three times. It is also not uncommon for Orthodox communities to refer to Reform/Conservative converts (and their children) as “not real Jews”. [5]. This can undoubtedly be discouraging and leave a bitter taste of Judaism in the mouth. Imagine how different Jewish history would be if Ruth had acquiesced to Naomi’s protests to abandon Judaism. There would have been no King David, no King Solomon, and no first temple. Also imagine if King Cyrus or Herod were repeatedly told that they were “not really Jewish”. There would have been no second temple or wailing wall. Keep this in mind the next time you meet a Gentile or non-Orthodox convert. You may be talking to the moschiach.

Teresa Konopka is a freelance writer based in San Diego. She can be contacted via [email protected]