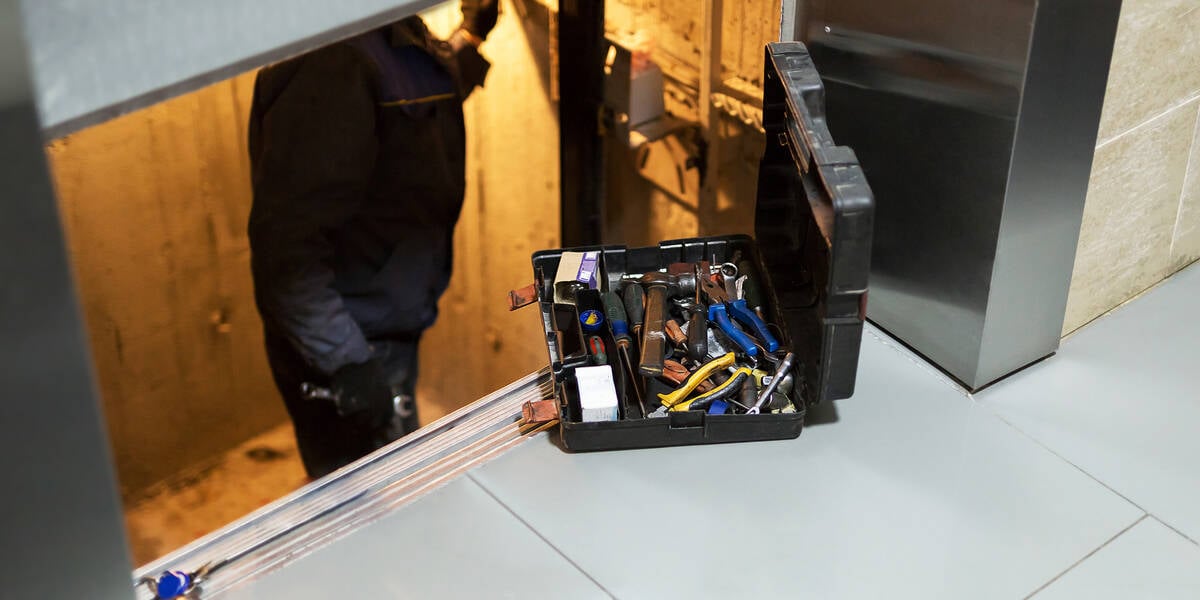 “Hi, it’s Gary, isn’t it?” I ask as I step into the elevator. “One of our new breed of beancounters?”

“Who wants to know?” asks Gary, oozing the kind of bravado you only see in action movies – or youthful ones.

“I’m Simon. Just thought I could catch a few words with you and hopefully clear up a misunderstanding.”

The stickiness of Gary’s bravado picks up a bit of a nose as the elevator stops between floors. I nod to the rooftop camera so Gary can see the LED turn off.

“Oh, I’m sure it’s nothing. Last week my assistant Stephen was in the cafeteria and he thought he heard a snippet of a conversation between you and your boss where you were both calling us, uh, ‘Dusty old relics’ – I think that’s the term he used, I assured him he must have been wrong.

“Yes, he must have heard badly. I mean his hearing isn’t what it used to be – but that’s due to years of working near drum printers in a time when hearing protection was reserved for artillery – and even then it was optional.”

“Uh…” Gary repeats, not knowing where I’m coming from.

“And I’m several years older than him, so my hearing is probably worse. When I started working in IT, I had a three-month job reading old punch cards in a very small room with no ventilation. The same room they stored the isopropyl alcohol in – in rusty iron containers.”

“It was a very warm room and I had to work inside with the door closed – because of the noise.”

“But I know that to you words like ‘drum printers’ and ‘punched card readers’ might as well be ‘horseless carriages’ and ‘cement ponds’, but they were state-of-the-art computing at a time,” I said.

“And so I can see how easy it might be to look down on us without a YouTube channel pushing the virtues of the latest gaming keyboard – yes, I’ve visited your channel, Gary – but you know what they say: ‘ Watch out for the old because they know where the bodies were buried.”

“But to tell you the truth, Gary, I have no idea where the bodies are buried.”

“No idea at all,” I said, shaking my head, taking a small step forward and lowering my voice. “I mean…it’s so dark out there, and one logging road looks a lot like another. I mean, honestly, I’ll try to help out cold case people when they come knocking at the door, but my memory isn’t what it used to be and I get Because of the iso. And the noise. The endless noise. Do you know that sometimes I wake up at night and I still hear the cries of drum printers?

“Although if they ever have a sniffer dog with a nose for carpet…” I stop. “Anyway, I thought I would only have one say because when it comes to disagreements at work, I like to meet people halfway. way between their subway station and their home. At night. With a van.”

“I don’t think I know what you are…” Gary begins.

“Anyway, I’m sure it’s a misunderstanding. Just like home.”

“Yeah, your basement flat in Balham. The one just 50 yards from that storage shed where all those bags of potassium nitrate are hidden.”

“Of course it is! There’s a key hidden behind one of your kitchen photos. You bought the fertilizer with your credit card on Tuesday. You even signed for delivery yesterday. Your fingerprints are on the delivery note – AND the strip holding this key on the back of your photo.”

“Believe me, they ARE on the receipt,” I said. “And the tape. And a word to the wise: suppliers are obliged to alert the authorities in the event of large fertilizer purchases.”

“Anyway, I’m a dusty old relic. When I was young, the future was shown to us in whimsical ‘documentaries’ like Beyond 2000.

“We were all going to eat three-course meals in the form of pills and drive flying cars. Some of us would live on the Moon in cosmic-ray powered bubble houses, with robot dogs to fetch electronic newspapers – which would be delivered from Earth in the spaceships of the Daily Mail.”

“Have you heard of chaos theory, Gary? I ask, rhetorically. “One of the lessons of chaos theory is that the further away you go, the more chaos there is, which makes the future so difficult to predict.”

“So how about you go to your boss’s office and hand him those sheets of paper and say you think he dropped them. Let him go through them for a bit – especially the courier delivery in the middle. Then you’ll notice the key taped to the back of his desk phone and say it’s yours and the housekeepers must have taped it to his phone instead of yours.”

“Wear gloves,” the PFY says through the elevator speaker. “Because of your ‘psoriasis’.”

“Hurry up!” I say as the elevator resumes its journey to Beancounter Central. “You have a personal tragedy to avoid.” ®

What is anti-Semitism: an explainer of anti-Jewish ideas and hatred