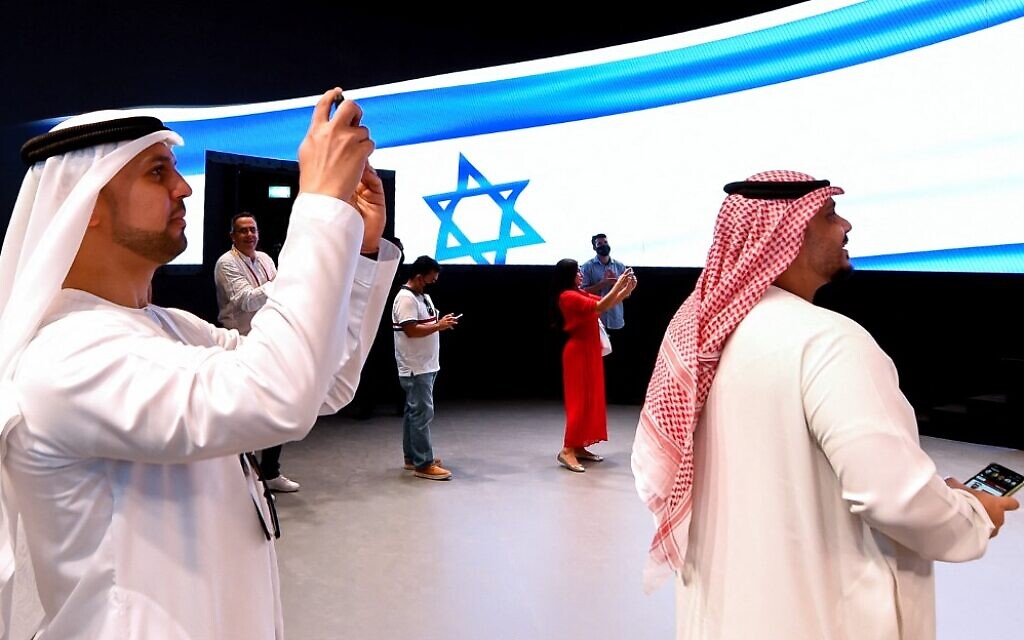 DUBAI – Israel is preparing to participate in Expo 2020 Dubai when the World Expo opens on Friday, a spokesperson said, a year after relations between the UAE and the Jewish state normalized.

“We are very happy to be here,” Menachem Gantz, spokesperson for the Israel Pavilion at the six-month World Expo, told AFP.

On September 15, the United Arab Emirates marked a year since relations with Israel normalized, a move that leaders say could bring in a trillion dollars in trade and business.

Previously, Egypt and Jordan were the only Arab states to have peace accords recognizing Israel, and Palestinian Authority President Mahmoud Abbas called the deal a “betrayal” of their cause.

After the United Arab Emirates, Bahrain, Morocco and Sudan have also agreed to normalize their relations.

The Israeli pavilion, which includes a large illuminated sign indicating “towards tomorrow” in Arabic and Hebrew, will be open to everyone.

A visitor takes a selfie with Israel Pavilion Manager Josh Bendit in front of a sign reading ‘towards tomorrow’ with words written in characters that can be read by Hebrew and Arabic speakers during a media preview, September 27, 2021 ( AFP)

Inside, trails crisscross between sand dunes made of a thin layer of concrete and sand-colored rubber.

“Our pavilion… is made of things that integrate us, that show how similar we are,” said Gantz.

“The ‘sand’ we stand on symbolizes the dunes, and the topography of Israel and the Emirates is very similar to it.”

Visitors are pictured in the Israeli pavilion on a media tour ahead of the Dubai Expo 2020 opening in the Gulf Emirate on September 27, 2021 (AFP)

The UAE and Israel have sought to emphasize the economic dividend offered by standardization.

The world exhibition, which Dubai hopes will attract visitors and boost the economy, is set to open to the public on October 1 after a year of delay due to the coronavirus pandemic.

The Woodman Museum will present a series of fall lectures