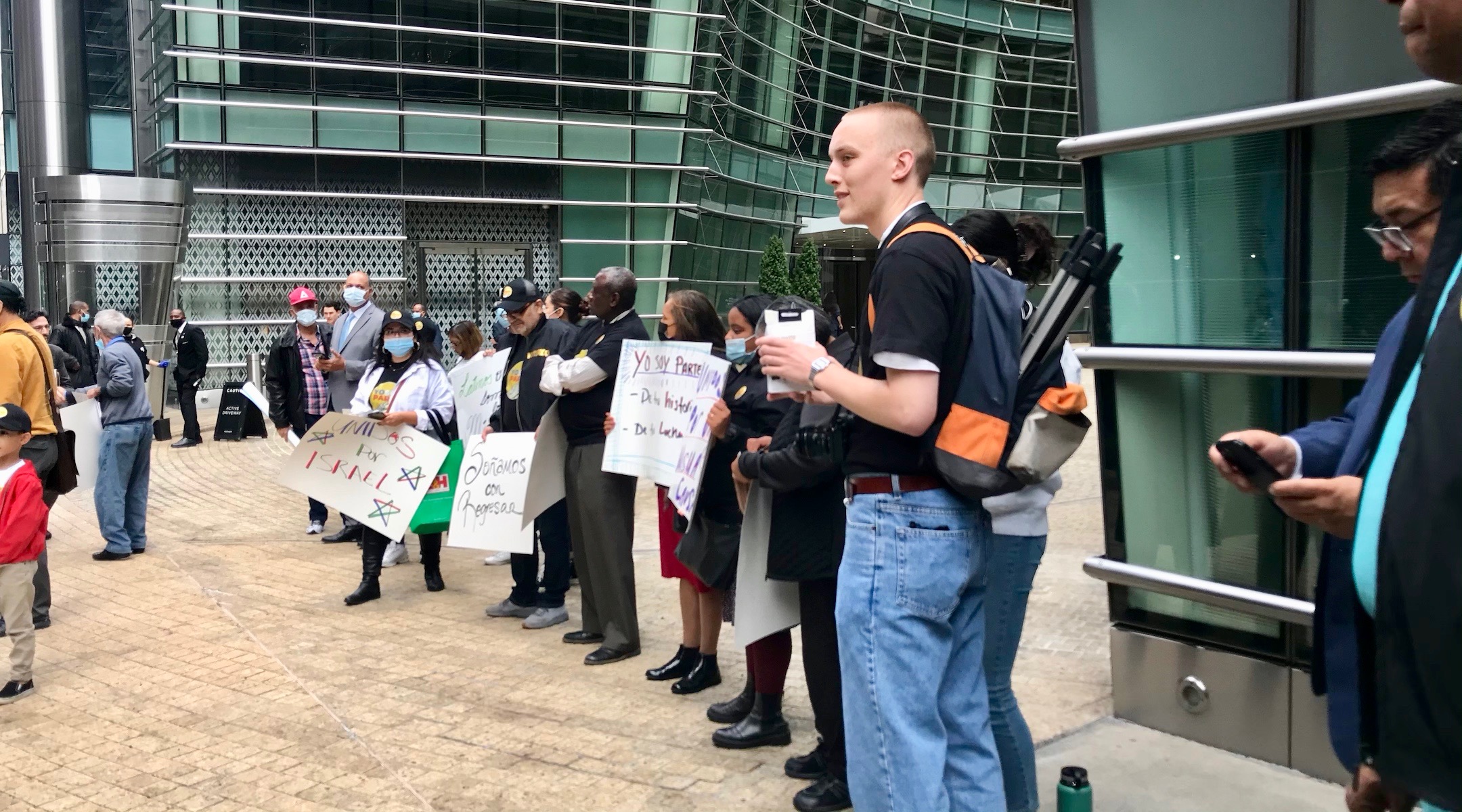 Shabbat shalom, New York. Don’t miss out on the best stories of the week: download and print our weekly recap for quiet weekend reading. Find today’s edition here and sign up to receive The Jewish Week / end delivered to your inbox every week.

QUÃ‰ PASA?: Spain promised citizenship to descendants of Jews persecuted and expelled during the Inquisition. At a rally in New York this week, activists and politicians questioned why the Spanish government is slowing down their candidacies. (Jewish week via JTA)

THE DURATION OF THE CONVERSATION : A half-day conference on Sunday will inspire museum and library archivists to use their funds and programs to promote understanding and the fight against anti-Semitism. (Jewish week via JTA)

AROUND THE JEWISH WORLD, WITH JTA

THE BIG IDEA OF THE DAY

Erika Dreifus was shocked when novelist Sally Rooney (above) said she would not allow her latest novel to be published in Hebrew by an Israeli publisher. Then she remembered how a 19th century reader confronted Charles Dickens about anti-Semitism, showing the possibilities of engaging with writers who have let you down. (JTA)

It’s never too late to change, as 70-year-old Abraham finds out when he sets out on the journey of his life this week. “What emerges, as the journey progresses, is Abraham’s stubborn determination to always move forward despite the difficulties he encounters and to achieve his destiny of alliance”, writes Rabbi Gerald C. Skolnik of the Forest Hills Jewish Center in Queens.

Photo, top: Protesters outside the Spanish Consulate in New York City rally for those applying for citizenship under a law to repatriate Jews of Spanish descent, October 11, 2021 (Julia Gergely)