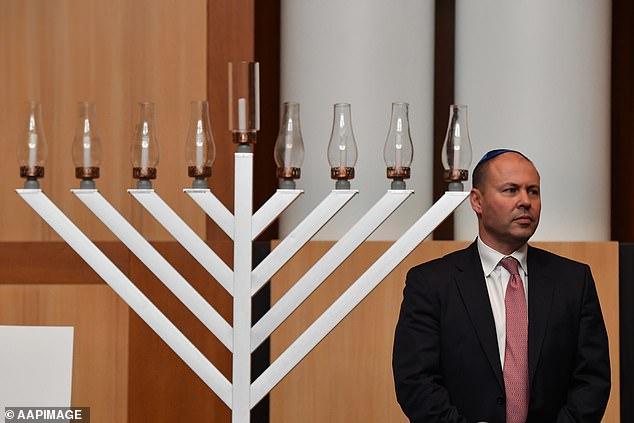 By Charlie Moore, political reporter for the Daily Mail Australia

Josh Frydenberg still needs 24/7 security protection due to threats against him due to his Jewish faith, Scott Morrison said Thursday.

The treasurer has had a detail from Australian Federal Police for about two years after receiving racist threats during the first round of Covid lockdowns.

The PM revealed on Thursday that the details were still in place as Mr Frydenberg continues to face threats because of his religion.

Josh Frydenberg (pictured at a Hanukkah celebration last year) needs 24/7 security protection due to threats against him due to his Jewish faith, Scott Morrison said Thursday

Mr Frydenberg, born in Melbourne to Jewish parents, has previously warned that “anti-Semitism is on the rise, not just here but around the world”.

Mr Frydenberg – who is the first treasurer to need 24-hour security – shared a photo of the signs on his Twitter feed and described them as “offensive and false.”

“I disagree with Daniel Andrews Pandemic Bill. It is excessive and has been rightly condemned. But the signs representing the Prime Minister in Nazi uniform are offensive and false, ”he wrote.

“It shows a lack of understanding of history. It feeds hatred. It is dangerous and has no place in public debate. 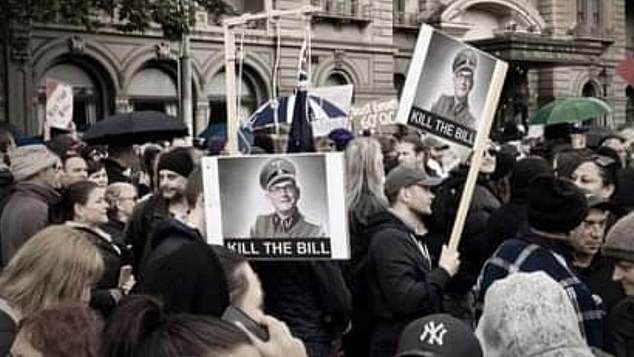 Mr Frydenberg, born in Melbourne to Jewish parents, shared a photo (above) of the signs on his Twitter feed and described them as “offensive and false” 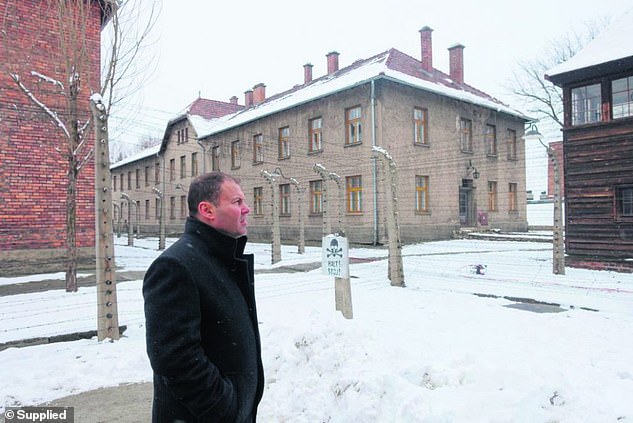 Mr Frydenberg, who became federal treasurer in 2018, spoke of the loss of his ancestors in the Holocaust that killed six million Jews during World War II.

On International Holocaust Remembrance Day in January, he said: “The Frydenberg family lost great-grandparents and great-aunts, but were also lucky to have a great-aunt, Mary Frydenberg, who survives.

“Every day that she lived was a miracle, but it was with its own story and its scars. And it was with his own number tattooed on his arm from his time in Auschwitz.

Mr Frydenberg’s mother arrived in Australia in 1950 after being made stateless in Hungary where she was born. His father’s family arrived from Poland in the 1930s.

In 2015, he visited Auschwitz, the main Nazi concentration camp where 1.1 million men, women and children were killed.

The treasurer described the visit as “one of the most moving experiences of my life”.

Home Secretary Karen Andrews on Wednesday announced the government’s intention to designate a neo-Nazi group called The Base as a terrorist organization.

Ms Andrews described The Base as a “neo-Nazi racist group known to security agencies for planning attacks.”

IN MEMORY OF HASAN AZIZUL HAQUE: Two tales of violence at the hands of a master