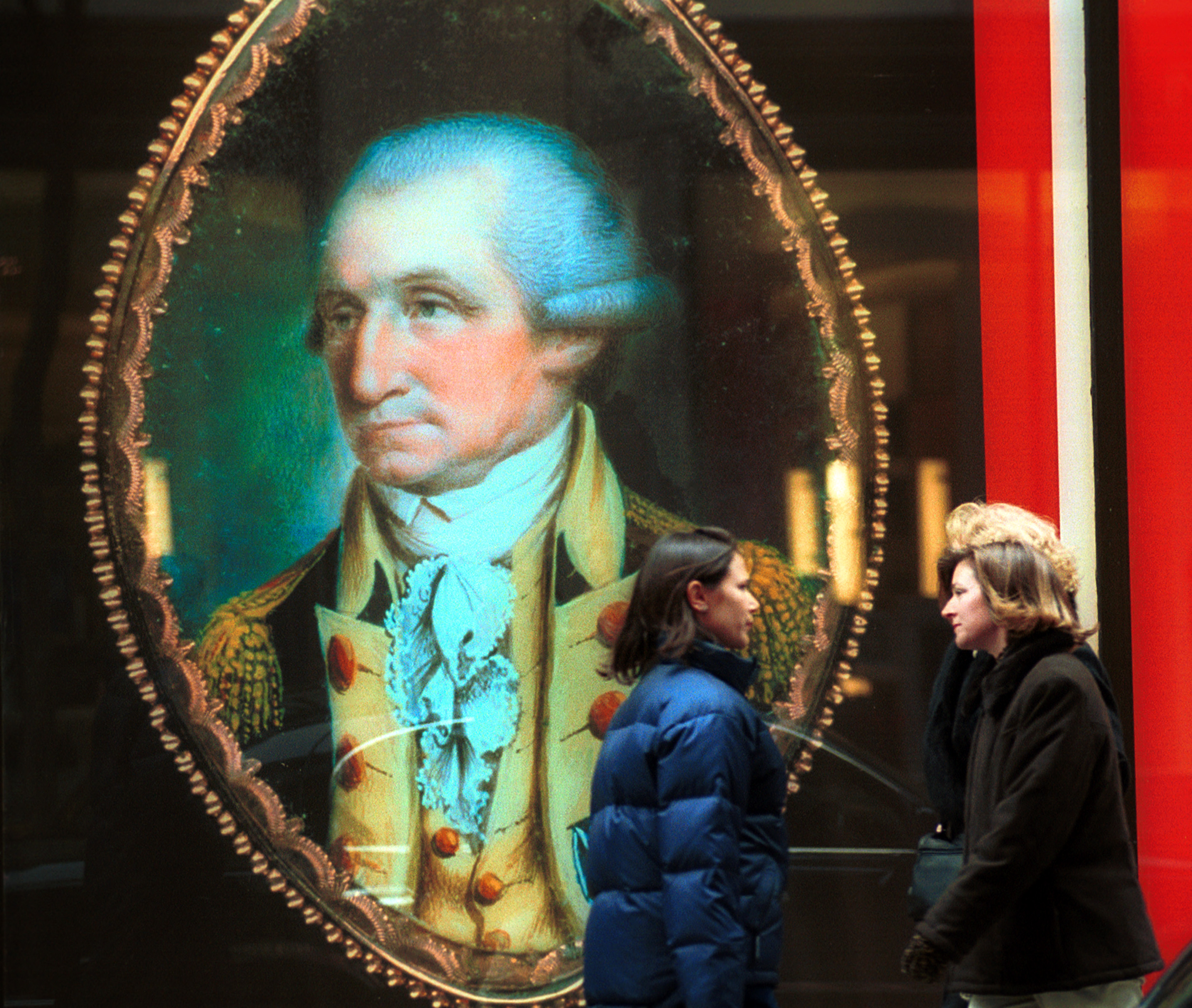 To renew America, look to the past

America is disjointed. Its inhabitants have divided into factions. The government is dysfunctional and the economy is beginning to deteriorate. Nearly two-thirds of the nation say things are on the wrong track, according to the latest RealClearPolitics poll averaging various national polls, while just 28% say things are going in the right direction.

America needs a strong leader, a visionary, someone who will take responsibility for making the tough decisions needed to renew the nation and its people. Take the helm of the ship of state so that our country resumes a straight and true course.

To find them, however, we must look to our past, to George Washington.

Who among us today can boast of having achieved anything close to what he accomplished during his lifetime? First President of the United States. He was the president of the convention at which the US Constitution was drafted. Leader of the army that secured America’s independence from Great Britain. Agronomist and pioneer planter. Prosperous farmer. Accomplished rider and dancer. Lover. A leader who was a real man of the people.

What Washington told us about the need to limit the powers of central government so that human freedom can flourish is as relevant today as it was then. His wise leadership produced what became the largest, freest, most prosperous and generous society that ever existed. No American should be allowed to forget that, whatever stain his slave ownership might have made on his paper.

At one time, Washington was celebrated because he was deemed worthy of the adulation shown him by a grateful nation. Today, with his birthday having been combined with that of Abraham Lincoln to create Presidents Day and with his reputation diminished by cultural commentators and pseudo-academics who insist on emphasizing his slave ownership in above his many accomplishments, it has become unfashionable to speak of his greatness. .

This all has a cost. The effort to rewrite history to place Washington in a subordinate position to Americans of lesser achievement erases the cultural benchmarks to which each generation of new Americans must look to determine current civic virtues.

All of this should have been expected when the nation chose, for the most mundane reasons, to end Washington’s birthday celebration as a separate holiday, a day when we could consider the man, his flaws – who were fortunately few in number – and his greatness, which was manifested in abundance throughout his life.

Washington the man was once a revered American institution. He was kept separate and apart from all the other presidents and all the other leaders on purpose. Even those who do not subscribe to the so-called Great Man history theory must recognize that he played a central role in the creation of a new nation based on values ​​such as freedom that eventually changed. the world, but only because his early thought leadership enabled the United States to survive its infancy.

No American leader, before or after, can match his record. That is what we, his grateful descendants, did and should once again observe his birthday as a national holiday. It’s time to put him back on the cultural pedestal he began to be ripped from once his birthday became Presidents Day on the cultural and business calendar.

Washington, an imposing figure, stood head and shoulders above most of his contemporaries. He belongs in this place of honour, his birthday being a national day of celebration and commemoration bestowed upon him. We leave those who would demote him to succeed at our peril. We cannot move forward together towards a better day, and we cannot bring the nation and its people together unless we have a fully informed understanding of where we began. It’s time for Congress to strike a blow at historic revisionism by putting Washington’s birthday back on the calendar and moving it back to February 22, in its place.

In our contemplation of George Washington and his legacy, we can again find the community of belief that made the United States what Lincoln later said made America “the last and best hope for mankind. “. Rather than even attempt to present a more balanced approach to his life and story, those who are content with the eradication of his former stature from our collective memory see it as a necessary step to remove him and the other Founders, of the pantheon of American heroes. who are worthy of our admiration.

Newsweek editor Peter Roff has written extensively about politics and the American experience for US News and World Report, United Press International and other publications. He can be contacted by email at [email protected] Follow him on Twitter @PeterRoff.

The opinions expressed in this article are those of the author.

The view of Budapest | Opinion

When This Jewish Musician Visited A Church During The Blessing, He Didn’t Expect It To Happen | National Catholic Registry