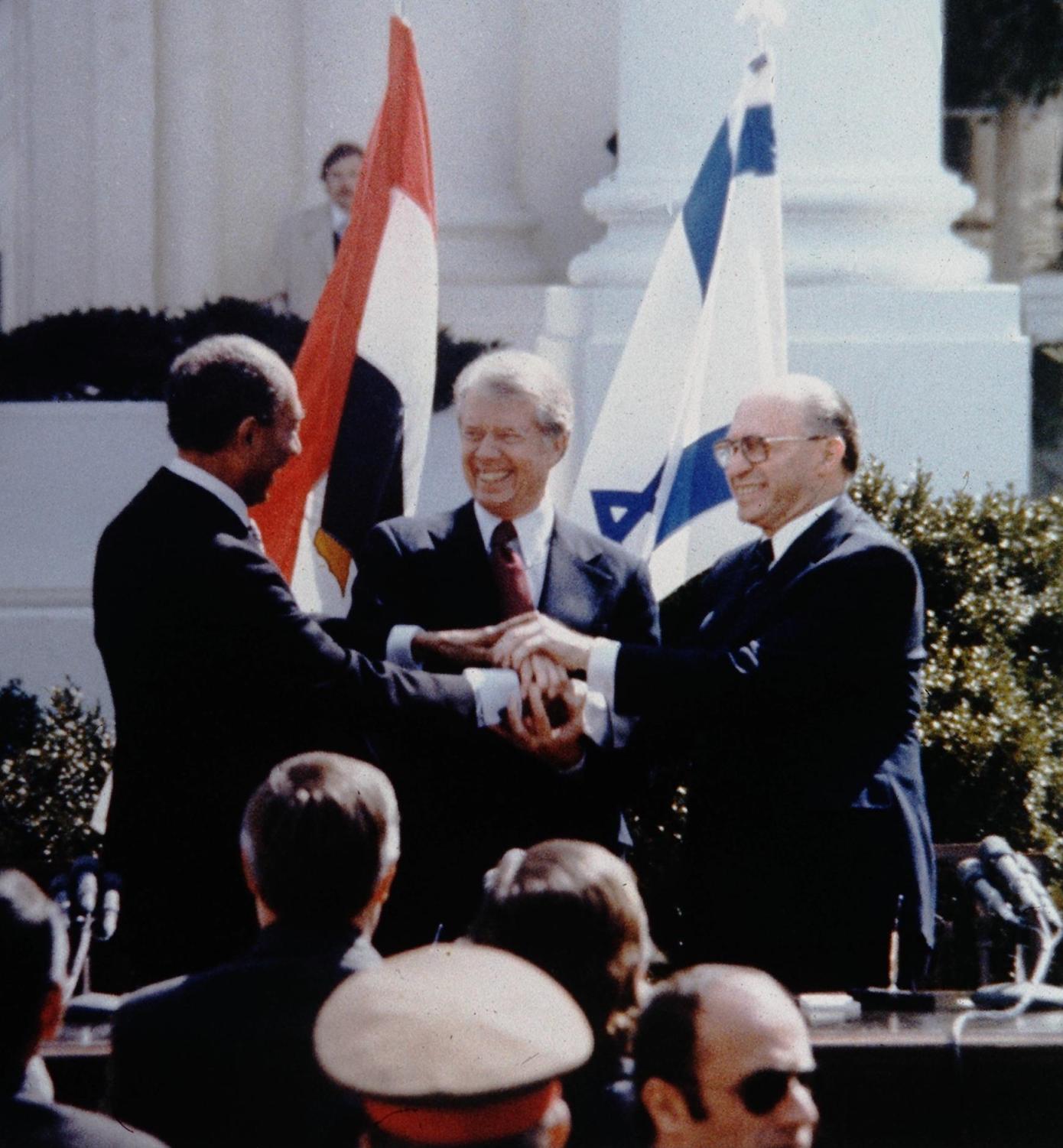 Ezer Weizman, a nephew of Israel’s first president, Chaim Weizmann, is elected the nation’s seventh president on a 66-53 vote in the Knesset. A native of Tel Aviv, Weizman is one of the founders of the Israeli Air Force, which he commanded in 1958, and a former IDF deputy chief of staff. As defense minister, he was part of the Israeli delegation to the Camp David peace process. He is its president until July 2000.

Visiting Saudi Arabia, US Under Secretary of State George McGhee asks Saudi Deputy Foreign Minister Sheikh Yusuf Yassin if Arab states could normalize relations with Israel. Yassin says the Arabs will never agree to any working relationship with Israel. “The Arabs have no aggressive designs against Israel but intend to treat this state as if a wall surrounds it,” Yassin said. “We will never admit a Jew to Saudi Arabia.”

Sixteen months after Egyptian President Anwar Sadat’s historic visit to Jerusalem and six months after the signing of the Camp David Accords, Sadat joins Israeli Prime Minister Menachem Begin and US President Jimmy Carter at the White House to sign the Egyptian peace treaty. -Israeli. The heart of the treaty is Israel’s withdrawal from Sinai over three years in exchange for Egyptian recognition and normal relations.

Elisheva Bikhovsky, one of the “four mothers” of modern Hebrew poetry, dies of cancer at age 60 in Tiberias. Bikhovsky, who was not Jewish, was the first woman to write a volume of Hebrew poetry published in Palestine. She fell in love with Hebrew and Zionism in Russia. In 1920 she began writing exclusively in Hebrew and married her Hebrew tutor, with whom she moved to Palestine in 1925.

Connect with your community every morning.

Saudi Arabia’s Crown Prince Abdullah presents what will be known as the Arab Peace Initiative at the Arab League summit in Beirut. The plan includes an Israeli withdrawal to pre-1967 lines, the resolution of the Palestinian refugee problem based on UN Resolution 194, the establishment of a Palestinian state in the entire West Bank and Gaza, and peace with normal relations between all Arab countries and Israel.

Israel calls up 30,000 military reserves and announces Operation Defensive Shield in response to a particularly brutal month of terror attacks a year and a half into the second Intifada. One of the worst attacks came two days earlier when 30 people were killed in the Hamas bombing of a Passover seder in Netanya. During the 19-day campaign, Israel kills or captures numerous terrorist leaders and besieges Yasser Arafat in Ramallah.

Moses Ben Maimon, known as Maimonides and the Rambam, was born in Cordoba, Spain. (Some sources say it is 1138.) His family in 1160 moved to Morocco, where he began to write commentaries on the Talmud. After a time in Palestine, the family settled in 1166 in Fustat, Egypt, where Maimonides became an eminent physician, rabbi and philosopher and one of the most influential writers of all time on Jewish law and ethics. .

Articles are provided by the Center for Israel Education (israeled.org), where you can find more details.