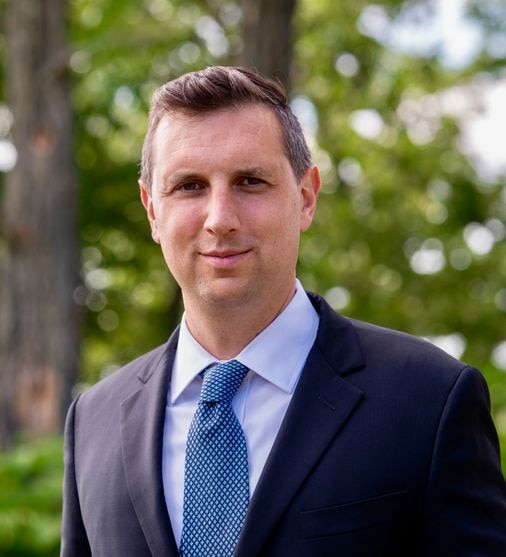 This week, CNBC released its “Best States for Business” list and once again Rhode Island ranked in the bottom five nationally, well behind our neighboring states. This is important because in order for more Rhode Island families to join the middle class and achieve financial security and a high quality of life, we need a vibrant local economy with well-paying jobs.

My grandfather Louis grew up in poverty, the son of Jewish immigrants from what is now Ukraine. Grandpa Louis didn’t have the chance to go to college, but he was used to numbers and got a job as an accountant at a local tomato canning company. With this work, he was able to make his way into the middle class, thus laying the foundation for the next three generations of my family. Stories like this are still possible, but only if we have a strong economy that offers a lot of good jobs.

The pace of Rhode Island’s economic recovery from the pandemic has not been strong enough. While media rankings like the CNBC List may be wrong, the underlying data is clear. In May, Rhode Island had 39,000 jobs below pre-pandemic levels, with the slowest job recovery in New England.

A weak economic recovery is hurting vulnerable Rhode Islanders the most. Our state continues to have the highest child poverty rate in the region, and we are the only state in New England with a rate above the national average.

The good news is that we still have a chance to turn around Rhode Island’s economy and provide a path to the middle class for thousands of Rhode Island families. But it will require forward-thinking and bold action.

The most important thing we can do to build a strong 21st century economy in Rhode Island is to invest in our people. The best jobs go where the talent is. It starts in our public school system, where we need to expand career technology programs that will give students the skills they need to be successful in the modern economy. We need to invest heavily in after-school learning programs to help students catch up during the pandemic. We should also expand the RI Promise program to make it easier for adult learners to return to school to get the training and credentials they need to advance their careers.

Rhode Island’s worst performing category in the CNBC rankings was Infrastructure. We must transform our state’s infrastructure to meet the needs of a modern economy. In addition to repairing roads, bridges and schools, we must bridge the digital divide and make businesses more competitive by expanding broadband access, embracing the future of clean energy by achieving the goal of fully renewable electricity by 2030, and increase the state’s supply of affordable housing products. These projects will result in thousands of initial construction jobs and improved long-term economic productivity.

We also need to make Rhode Island an easier place to start and run a business, whether it’s a Main Street restaurant or a high-tech startup. The grants and loans financed by the federal stimulus measures will not last forever, so the state government must re-dedicate itself to reducing bureaucracy, providing technical assistance, promoting l equity and carrying the nuts and bolts necessary to create a favorable climate for entrepreneurship.

The formula is simple. States like Connecticut and Massachusetts have higher growth, higher wages, and higher ratings on the CNBC list because their leaders have made smart investments in education, infrastructure, and entrepreneurship.

The Rhode Islanders deserve no less, and we have the right ingredients to make it happen. The state of the ocean is blessed with natural beauty, a vibrant culture, strong anchoring institutions, and a legacy of innovation. We can turn Rhode Island’s economy around and pave the way for the middle class, just like my grandfather’s, for thousands of Rhode Island families. But we must act with urgency and determination, and never settle for a position at the back of the pack.

Seth Magazine is the general treasurer of Rhode Island.