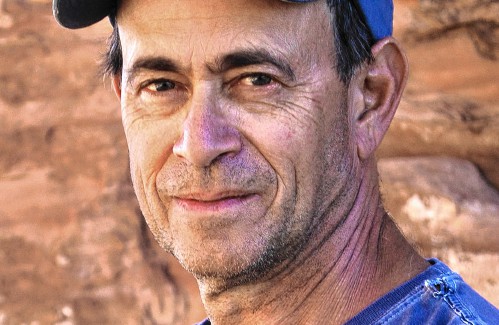 In her best-selling book “Caste: The Origins of Our Discontents,” African-American author Isabel Wilkerson describes a conversation with a Nigerian-born playwright. “You know there are no blacks in Africa,” the woman said, much to Wilkerson’s surprise. “Africans are not black. They are Igbo, Yoruba, Ewe, Akan, Ndebele. They only turn black by going to America. Exploring this revelation, Wilkerson notes that when European immigrants came to America, they did not think of themselves as “white,” but as Italians, Irish, Jews, or Poles. It was not until they arrived on our shores that they, like their African-American peers, were forced to choose a racial identity.

Wilkerson’s observation questions the nature of identity. Years ago I took a selfie and my immediate reaction was that with my dark, olive-green skin tone, I could walk the streets of Riyadh, Mexico City, Buenos Aires, or Ramallah without catching the eye. During my life people thought I was Lebanese, Pakistani and I was once called a pejorative term for Puerto Rican.

My two DNA tests say I am 98.9% Ashkenazi Jewish. It could mean there isn’t a hint of European lineage in my ancestry, which isn’t surprising. My grandparents never called themselves Russian or Czech. They were Jews forced into a murderous exile, which ended in mass extermination. Additionally, intermarriage for Jews was a major taboo. My DNA strand had been in the Middle East for 60,000 years after leaving East Africa. Yet Judaism as a religion is only 4,000 years old.

For African Americans, Virginia’s famous “Racial Integrity Act” of 1924 (dubbed the “Just One Drop” Act) decreed that anyone with a single black ancestor was not considered a racially pure white person. Plains Indians, however, regularly referred to African Americans as “black and white men,” a wise observation that reflects culture as opposed to skin color. To them, black Americans spoke the same language, wore the same clothes, and came out of the East like their white counterparts. As Buffalo Soldiers, they fought Native Americans just as ruthlessly. As for the Cheyenne and the Lakota, the African Americans, although a darker shade, belonged to the same culture that tried to erase them.

Where I live in northern New Mexico, there are many ways to categorize the Hispanic population, some of which claim direct lineage from Old Castilian Spain. In various remote towns, residents speak a dialect that none of their American peers would recognize. They all originated in the New World from Spain which for over three millennia was settled by Celts, Phoenicians, Greeks, Romans, Germanic tribes, Jews, Roma and Moors from Africa. of the North, resulting in a diverse stew of DNA identities. Given that Spain is in Europe, the so-called white homeland, are Hispanics without native lineages also white or are they “people of color?” According to a recent report, some Hispanics reject this term as well as “Latinx”.

I know this guy from Taos Pueblo, maybe a diehard member of that community who has a Spanish last name and likes to golf and visit California wine country to sample vintages. Is he less “Indian” than someone who struts around with a 1/32 DNA percentage of Native lineage and a fake “Indian” name? Suppose they want to sing Italian opera, write hip-hop poetry (like all my native teenage students did), perform in Shakespearean plays, and pass on their tribal powwows in order to watch football from the NFL?

Hence the question: does identity rest solely on the proclamation of one’s heritage and the observance of ancestral rituals? If so, I am a failure as a Jew. I observe few Jewish rituals, never attend synagogue, observe Christian, Buddhist, and Wiccan celebrations, and have a non-Jewish wife and child. Orthodox rabbis in Israel who decide such things would consider me an apostate, not a true member of their faith. Hitler, of course, would have had a different opinion. Some might argue that it all comes down to who holds the power, in which case identity is defined by oppression.

It also depends on the behavior of a given group. In explaining Donald Trump’s appeal, experts noted that middle-class white Americans flocked to him because they felt forgotten, marginalized and disenfranchised. However, African Americans who were not only “forgotten, marginalized, and disenfranchised,” but also enslaved, murdered, lynched, maimed, burned to death, and denied basic American rights; flocked instead to Dr. Martin Luther King Jr. The contrast between a corrupt and criminal self-centered and an apostle of love, peace and non-violence could not be starker.

Daniel A. Brown lived in Franklin County for 44 years and is a frequent contributor to The Recorder. He lives in New Mexico with his wife Lisa and his dog Cody.