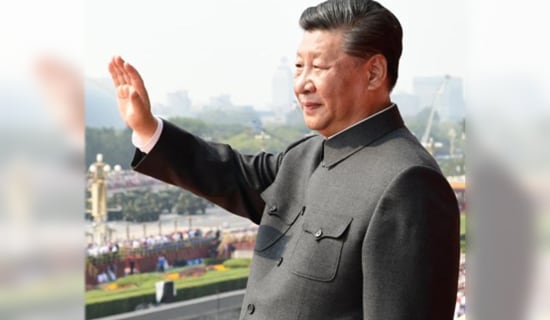 As we approach the 20th National Congress of the Communist Party of China (CCP) which will begin on October 16, much of the world watching China is wondering what a newly anointed supreme leader, Xi Jinping, will look like. As in the good old days of Kremlinologists, China’s hands are waiting to see what happens next week, both in form and substance. What seems certain is that Xi is poised to secure a historic third term and cement his place as communist China’s most powerful leader.[1] from Mao Zedong.

Xi has steadily consolidated his power since becoming the CCP’s general secretary in 2012. Since then, he has systematically eliminated all known factional opposition to his rule. Next week, Xi is expected to wield basically unchallenged control over key CCP appointments and future political dictates in Congress.

It’s worth remembering that next week’s near-coronation follows years of Xi assuming more and more power and honorary titles not seen since the days of Venerable Chairman Mao:

Therefore, several years passed before Xi assumed a third term at this Party Congress every five years. What we will see next week is undoubtedly the public unveiling of the decisions that have already been made. With little change expected in the overall policy direction, the main outcomes of Congress will be on the staff – who joins Xi on the Politburo Standing Committee (PSC) and replaces Premier Li Keqiang, who is due to retire in March. .

About 2,300 CCP members from across China will meet at the Great Hall of the People, colloquially referred to as the GHOP by many Chinese American hands, in Tiananmen Square in Beijing for about a week. Their role is to select about 200 full members of the CPC Central Committee with full voting rights and another 170 alternate members. All will be “elected” based on a pre-selected pool. The first plenum of the new Central Committee, to be held immediately after the close of Congress, will select from its ranks 25 members for the Politburo.

Most closely watched after the plenum will be the debut of the new Politburo Standing Committee, the party’s top echelon of just seven members. This number was reduced by nine by Xi. These are really the men who run the PRC. And yes, they are all men. Xi will unveil his new leadership team and they will all step out together wearing dark suits, white shirts and red ties.

It stands to reason that Xi will again be entrusted with the role of general secretary of the Communist Party. It bears repeating that Xi leads China as General Secretary of the Party, and there has never been a term limit on this position. Former party leaders, however, set a precedent for resigning after two terms. This precedent is about to be broken.

The Party Congress will also bring about a significant reshuffling of the top echelons of Chinese leadership in all policy areas, including economic, diplomatic, security and social policies for the next five years and beyond. He will introduce us all to the equivalent of the Chinese cabinet.

Xi will also be given the role of chairman of the Central Military Commission again, usually the last post any Chinese leader has relinquished given the long-standing notion that “the Party must control the weapon.” These two positions, General Secretary of the CPC and Chairman of the CMC, are where the real power lies. We must remember that China is still an old-style Leninist party-state, where the military is substantially and formally the armed wing of the Communist Party of China and not subordinate to the state represented by the PRC. PLA soldiers pledge allegiance to the CCP, not the PRC. Xi’s third, and arguably least consequential, title as President of the PRC is expected to be bestowed upon him at the annual National People’s Congress in March 2023.

Frankly, no one expects to see many, if any, surprises next week at the Party Congress. What will perhaps be more interesting is what will happen after the Congress. For example, will a “re-elected” Xi feel empowered to review and refine policy decisions to try to stave off a prolonged economic downturn, increasing the risk that draconian zero COVID policies will be relaxed despite lack of immunity? widespread among China’s huge population and the lack of effective mRNA vaccines. Not to mention the limitation of not being able to admit that previous policies were wrong. China’s communist leaders don’t have a good track record when it comes to admitting their own mistakes.

In foreign policy, Xi has repeatedly placed the so-called “great rejuvenation of the Chinese nation by 2049” at the center of his political goals. In order to achieve this overarching goal, Xi seeks to do the following: match or surpass the United States’ global influence in all elements of national power – diplomatic, information, military and economic – or what the Chinese call overall national power; shift US alliances and partnerships in the region; and revise the international order to favor Beijing’s authoritarian state capitalist system.

This rejuvenation effort will put Taiwan’s future back in the spotlight. Xi has stifled dissent in Tibet and Xinjiang[7] and did Hong Kong[8] in another Chinese city with a sweeping national security law. The only thing left to secure his place in Chinese history alongside Mao is to finally resolve “the Taiwan question.”

And it brings the United States and like-minded democracies to an inflection point, as how the “Taiwan issue” is resolved will impact us all. If China uses force to coerce a democratic nation of 23 million that has consistently voted to chart its own course, it will have repercussions not just in Asia, but around the world.

*Heino Klinck is a member of the MEMRI Advisory Board. He served as U.S. Deputy Assistant Secretary of Defense for East Asia, 2019-2021. As an army foreign zone officer, he served as a military attaché in China from 2004 to 2010.