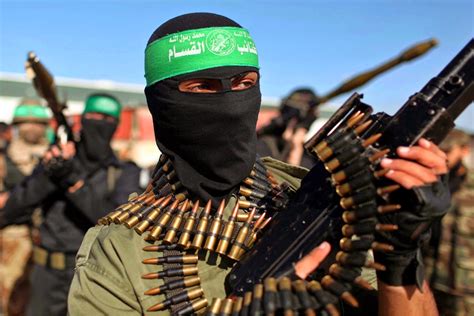 The madness of the thesis “Economy for peace”

EXECUTIVE SUMMARY: Much like the Oslo illusion, which postulated that territorial concessions to the PLO would bring peace with the Palestinians, the hope that economic easing in the Gaza Strip will moderate Hamas terrorism is an attempt wrong to apply a Western logic of conflict management. to a Palestinian enemy whose definition of the end of the conflict with Israel is not in the politico-cultural lexicon of the West.

The recent fatal shooting of a border patrol officer, Sgt. Barel Hadaria Shmueli, by a Hamas terrorist firing at point blank range, reflects not only a serious tactical error of the IDF, but a strategic distortion. Israel, like the United States in the Iranian context, longs for a settlement with Hamas. In either case, this desire reveals an inability to accurately perceive the nature and intentions of the enemy. These misperceptions are closely reminiscent of Israel’s inability to understand Yasser Arafat and the PLO’s perception of “peace”.

In the early 1990s, Israel adopted the concept of “land for peace,” according to which Israel’s cession of land to the Palestinians would dissolve Palestinian militancy and usher in a new era of peace. Yet when Israel made a major offer to Arafat, accompanied by generous territorial concessions, it responded by launching its terrorist war (the “Intifada al-Aqsa”). This ultimately led to the complete collapse of the Oslo process.

Arafat’s decision to reject Israel’s peace offer, even with significant territorial concessions, made it clear that the Palestinian national movement was not, in fact, a struggle to achieve a political settlement based on a territorial compromise. It was, and continues to be, a long-term campaign whose ultimate goal is to completely destroy the State of Israel.

Twenty years after the collapse of the political process, Israel today insists on repeating exactly the same misconception vis-à-vis Hamas, with the idea that an “economic settlement” will take the place of a political settlement. . The economic easing and a partial easing of the so-called Israeli “siege” of the Gaza Strip is intended, like the rejected territorial concessions of the 1990s, to incite Hamas and all other Palestinian terrorist elements to lay down the claims. arms and to make peace with Israel.

In recent years, this notion has become the cornerstone of Israel’s policy towards Gaza, in keeping with Israel’s reluctance to engage in new military campaigns in the Strip. Israel’s attachment to this misconception has grown so great that it has started to distort Hamas terrorism as “disobedience” that has nothing to do with the organization’s official goal of destroying it. Jewish state, which Hamas does not seek to cover up.

Even the violence of the Gaza war in May could not change this view of the Israelis. On the contrary: it anchors the hypothesis that an economic settlement is possible. This perception reveals that the Israelis have not yet internalized the fact that, like the PLO, which was unwilling to accept the existence of Israel in any form and expressed this view with violence Even though it claimed to be negotiating, Hamas’ strategy is based on a combination of negotiations and terrorism. This combination of a false will to negotiate and constant violent behavior also characterizes Iran in its dealings with the United States as it attempts to force its way towards a nuclear weapon. This approach works well for terrorist entities because their Western enemies, whether American or Israeli, remain committed to the idea of ​​“either / or” – war or concessions is the path to peace.

There is no fundamental difference between the PLO and Hamas. As far as Israel is concerned, they feel the same: the goal is the total destruction of Israel. Yet Israel is repeating its mistakes by artificially imposing Western thought patterns on its enemies.

Political madness is not fate, however. It is time for Israel to sober up and recognize that economic regulation carries no promise of secure peace.

This is an edited version of an article that appeared in Israel today August 31, 2021.

what is the real story behind the movie?

How Sukkot, the United States Capitol and Abe Lincoln are related – J.