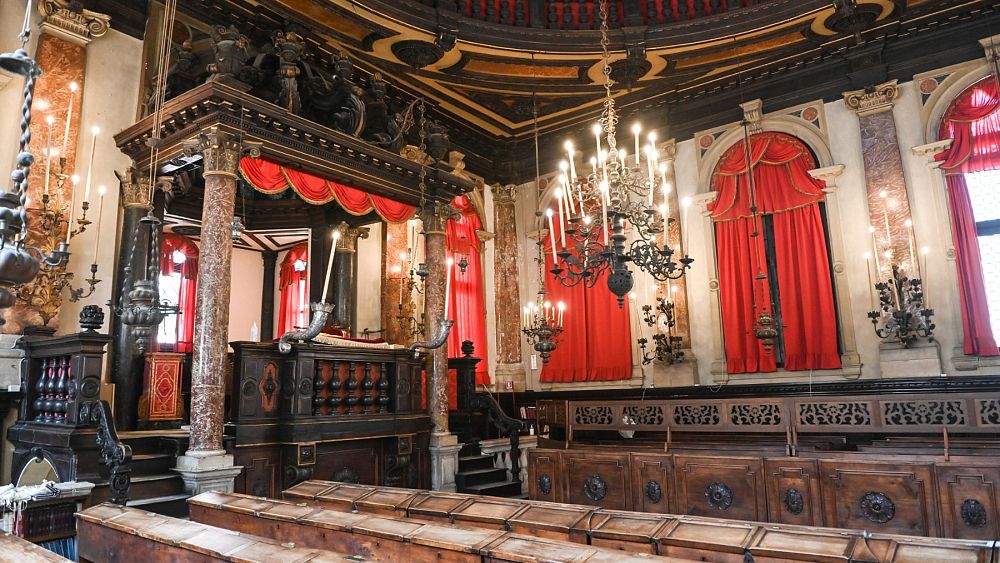 ‘The life that was’: Experts restore historic synagogues in Europe’s first Jewish ghetto

Venice’s Jewish ghetto, considered the first in Europe and one of the first in the world, is seeing a new effort underway to preserve its 16th-century synagogues for worshipers who have remained as well as tourists who visit.

For nearly two years, restorers have been peeling back the paint and uncovering the original foundations of three of the ghetto’s synagogues, believed to be the only Renaissance synagogues still in operation, said art historian David Landau.

Landau is spearheading the fundraising effort to restore the synagogues and nearby buildings both for Venice’s small Jewish community of around 450 people and for tourists who can visit them on a tour. guided tour of the Jewish Museum of Venice.

“I was really deeply offended by the state of the synagogues,” said Landau, a Renaissance scholar who bought a house in Venice 12 years ago. “I felt that the synagogues were in very poor condition.”

“They had been weathered beyond recognition over the centuries and needed to be cared for and loved.”

Landau has secured around 5 million euros so far and expects workers to be able to complete the restoration process by the end of 2023 if the rest of the funding arrives, although initial costs have risen further by a million due to soaring construction costs.

‘A testimony of the life that was’

The Venice ghetto dates back to 1516 when the republic enacted strict laws forcing the growing number of Jewish worshipers to isolate themselves in the area where the old foundries, or “geti,” as they were called, were located.

The area, which was closed at night, became what is considered Europe’s first ghetto and remains the center of Venice’s Jewish community in the Cannaregio area.

The first synagogue dates from 1528 and was built by German Ashkenazi Jewish residents. Others followed and served different groups, including a temple for Spanish Sephardic believers and one for Italians.

None are visible from the street, as the strict rules imposed by the rulers of Venice did not allow people belonging to the Jewish community to openly practice their faith.

The synagogues are hidden on the upper floors of seemingly communal buildings which, on the lower levels, housed cramped living spaces for Jewish families.

Synagogues have been open ever since, except during World War II, when fascist race laws turned into a hunt for community members, with most being held at Fossoli concentration camp before being deported to concentration camps. Nazi death, most often at Auschwitz.

Only eight Jewish residents of Venice survived the death camps at the end of the war.

Venice Jewish community leader Dario Calimani said the restoration project was necessary both to maintain the religious and cultural life of Venice’s Jews today and to preserve the community’s history.

“They are a testament to the life it was, to the history of our community, small community,” he said.