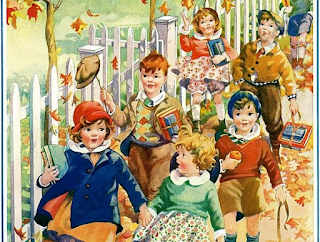 From Greta Thunberg to children put on puberty blockers, the victims of the war on childhood are everywhere. They show up at environmental or gun control rallies holding giant signs in their little hands, they are indoctrinated at school to enlist as child soldiers for the Last Cause.

The adults tell them that if they don’t save the world, they won’t even live long enough to grow.

At the heart of the exchange of culture wars political buzzwords is a simple question of whether childhood should exist. Leftists believe that no one can escape political commitments, and therefore the idea that childhood should be a space apart from the causes and concerns of adults is a privilege that belongs to teachers and popular culture to break into pieces.

And it’s the war on childhood that we see all around us, from Disney to kindergarten.

What it is really about is the leftist belief that children cannot be allowed to be children, occupying a separate world of imagination and wonder, but must be indoctrinated into struggle as soon as possible. with The Anti-Racist Baby Book and Baby Loves Green Energy. The only way to save the world is to politicize childhood and turn children into little adults worried about microaggressions, experimenting with sexuality and fearing the end of the world.

Utopia, the dreamland of progressive adults who act like children, has no place for children.

It is the job of adults to save the planet, assuming it needs saving, to debate political causes, to explore whatever needs to be explored when it comes to sexuality, and to build or to destroy their lives as they please.

And it is their main job to protect children from life in this threatening adult world.

The game is the business of childhood. Beginning in the Victorian era, civilized societies worked to create safe spaces for children to grow and learn before it became a term for whiny adults. The reformers and the muckrakers took the children out of the factories. Growing prosperity allowed for the rise of a children’s culture in which a multitude of toys and books aimed at children filled the stores.

The adults protected the children, preserving their innocence as they grew into unique people.

Baby boomers, a generation named after an era of offspring, may have had the last golden childhood in American history. And many never grew up. The generations that followed came of age with the breakup of the American family and now the very idea of ​​family. Indirect harm to children is now eclipsed by direct harm to childhood.

Radical leftists who demand safe spaces for themselves take them away from children. Children are put back to work, not in factories, which would be kinder in comparison, but in radical causes, they are told that they are on the verge of death, that their country is evil and that the world is about to be destroyed if they don’t do something immediately.

This is where the traumatized children who scream in anger at gatherings come from.

Children, especially young children, implicitly trust adults and their parents. If they are told that the world is about to end, that they are racist or that they have to experiment with gender, they believe it.

The adults who rob them of their innocence and their childhood are the monsters.

Instead of growing up feeling safe and protected, children on the left are traumatized from an early age by being forced to think of the world as a dangerous and evil place that their parents cannot protect them from, but must. take responsibility for change. otherwise everyone will die.

The “parentification” of children began with the despair of baby boomers following the end of “Camelot”, the death of left-wing culture heroes and the collapse of the counterculture, followed by the belief that the next generation had to pick up the slack and fix things. Adults who acted like children insisted that children become adults. And these days, precocious children and immature adults are all around us. They are also two halves of the same tarnished coin.

Adults who have not had a secure childhood claim the privileges of childhood as soon as they are economically secure enough to have one. They surround themselves with toys, seek exclusively the most direct pleasures, and claim safe spaces and trigger warnings, for the emotional security they lacked in childhood. But they deny this emotional security to real children and selfishly traumatize them for their own actualization.

Teachers on TikTok freely state that their feelings matter more than the safety of children.

The aggressive push to embed sexual politics in elementary schools is the way dysfunctional adults, including some teachers, prioritize their own sexual identity over the well-being of children.

It also comes down to pushing the policy in general on children at the youngest possible age.

The transgender war on children is just the latest in a series of attacks on childhood by politicizing everything. When African warlords enlist 8-year-olds to champion their causes, we think it’s monstrous, but when leftists turn unstable teenager Greta Thunberg into a heroine and even encourage preschoolers to protest against global warming is activism.

Activism is the beginning of the educational war against childhood. Now the war is not just about how children see the world, but against their bodies. Child soldiers are expected to accept death. The political gender identity movement expects children to have their minds damaged and their bodies mutilated, taking away their ability to have children of their own, as a political commitment.

Even African warlords would find this unfathomably barbaric.

The ancients sacrificed children to the fires of Moloch while the progressives sacrificed them to their passion for enlightenment. Either is a symbolic assertion that the adult’s obsessions are more important than the child’s safety. Civilized adults don’t act that way. Barbarians, which is another way of saying children who inhabit the bodies of adults without the disciplined ethics of adulthood, do things like this because they live in a world of emotional turmoil, insecurity frightening and angry selfishness. They see every encounter as a threat to their fragile identities, their insecurities surround them with humiliating microaggressions, and they retreat from their belief that the world is a threatening place by escaping into fantasies.

Fantasies are supposed to be children’s things, but in the post-modern era, supernatural, conspiratorial, political and utopian fantasies are all around us. And adults are sacrificing children to utopian ideologies that promise a better world is upon us.

All it will take is to destroy the childhood, then the children.

Is religion an exclusive club?