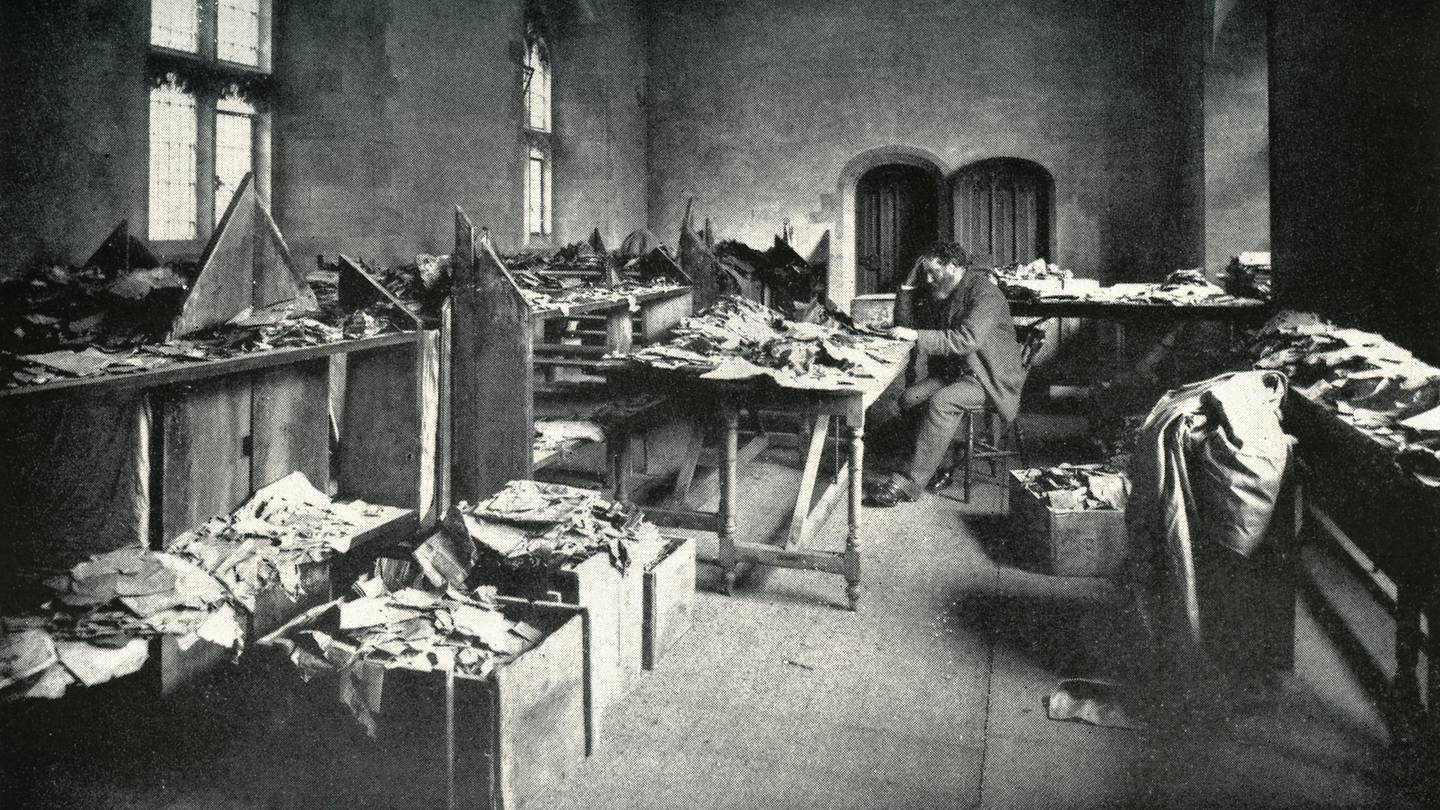 From prayer notes in the Western Wall to texts in synagogues, the Jewish tradition of safeguarding sacred scripture can provide a window into life through the ages.

At Jerusalem’s Western Wall, the holiest site where Jews can pray, pieces of paper are lodged between ancient stones.

But twice a year, Jewish men carrying sticks pushed the prayers out of the crevices.

Below them, the papers filled boxes marked “Genizah.”

The word refers to a place where Jews store worn religious writings, before they are gathered and buried.

Rabbi Michael Marmur, an associate professor at the Jewish Institute of Religion in Jerusalem (HUC-JIR), said the tradition of Genizah dates back around 2,000 years.

“Judaism has always been a strongly textual and text-centric religion, and the text itself, especially once it bears the name of God, the text becomes something to be defended and preserved,” said he declared.

Although not all synagogues contain a dedicated Genizah, places of worship and religious study will have provisions for the obsolescence of sacred texts.

In the wider Jewish community, there are public depositories that worshipers can use, sometimes with a place to donate.

If the space used to contain religious texts may vary, the principle remains the same.

“The same kind of attention is given to the human body before burial, the idea is that it should be treated with the utmost reverence,” Rabbi Marmur said.

The vast majority of writings placed in a Genizah are dedicated to the earth every few years, never to be seen again.

But once a Genizah was left to fill for almost a thousand years.

The vast hall of a Cairo synagogue was eventually filled with hundreds of thousands of manuscripts, which scholars began studying more than a century ago.

“You just accessed it through a small window,” explained Melonie Schmierer-Lee, a research associate at the Genizah research unit at the University of Cambridge Library.

“They ended up putting their Genizah items in that room, and they didn’t really empty it,” said Ms. Schmierer-Lee from Cambridge, where most of the collection is.

While traditionally religious texts must be properly disposed of, the Cairo collection contains all kinds of writings.

“Its real significance is that it was the writings of the community for a long time, and you can see people’s daily lives,” Ms. Schmierer-Lee said.

“You get all these people that don’t usually appear in historical records,” she added, such as details about the lives of women, the poor and slaves.

The Cairo Genizah contained everything from shopping lists to Arabic fabes and prenuptial agreements detailing agreed upon behavior during marriage.

“There’s a pretty funny one,” Ms. Schmierer-Lee said. “The future groom promises that in marriage he will not hang out with his drunken and dissolute friends.”

Overall, the Egyptian texts depict a thriving Jewish community during a time when the Holy Land was marked by the Crusades.

While the Cairo collection is the most famous of its kind, others provide invaluable insight into Jewish life around the world.

The Afghan Genizah, housed in the National Library of Israel, details the lives of Jewish traders between the 11th and 13th centuries.

While scholars knew that Jews were present in the Persian-speaking world, the collection of around 250 documents provides rare evidence.

“Before these documents were studied and unearthed, there was almost no evidence of a Jewish community,” said Samuel Thrope, curator of the library’s Islam and Middle East collection.

Although described as a Genizah, many of the documents are thought to come from the records of a local administrator rather than a place of worship.

“The Afghan Genizah lets us see what life was really like” at the time, with letters, Jewish legal texts and poetry included in the collection.

Some Jews may object to the study of texts that were intended for burial.

But for Rabbi Marmur, the unveiling of a Genizah can create an important historical record if the texts are treated with respect.

“[The fact that] they give us a window into a lost world is a fantastic added blessing,” he said.

Allegation of discovery of Bible scroll in Iran is false