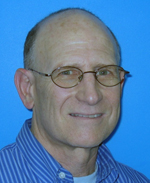 The False Impression of Palestinian Arabs on Zionism

KFAR SABA, Israel — The following is my summary of an excellent lecture by Haviv Rettig Gur, a well-known journalist for The Times of Israel. Gur’s conference brings something new to the Arab-Israeli conundrum. This is a wake-up call for Palestinian Arabs, explaining that their belief that Zionism is the ultimate reason for the Jewish state is incorrect and that the stigmatization of Zionism will not force Jews out of the Middle East.

Gur’s thesis is that Palestinian Arabs (that’s my term; he just calls them Palestinians) misunderstand the true basis of Zionism. Thus, they continue to come up against a brick wall in the belief that they can force the Israelis to leave “Palestine” and return to where they came from, leaving behind their dream of the promised land. They cannot and will not.

Of all the millions of Jews who fled their homes in Eastern Europe from the 1880s until Israel’s independence in 1948, only about 2%, or about 50,000, came to Palestine. Yes, Zionism was a factor of emigration from Europe, but not the most important. The vast majority were not fleeing TO somewhere else, they were fleeing the miserable existence they endured under European governments that hated the Jews.

Palestine was ruled by the Ottoman Empire for 400 years, ending only with the fall of the Empire at the end of World War I (1917). In 1882, responding to dissatisfaction with the resentment of the Arabs of Palestine towards Jewish immigration, Palestine was closed to Jews by the Ottomans. Jews were allowed to “scatter” throughout the Empire, but were explicitly banned from Palestine. The lure of Zionism, which became a small wave under the leadership of Theodor Herzl during the last decade of the 19th century, drew only the most ardent Zionists to the Land of Israel. Many more were determined to become prosperous in a Western country, particularly the United States, than to become pioneers in the land of Palestine, an underdeveloped, malaria-ridden backwater.

In Russia, where the majority of European Jews lived, authorities began a conscious effort to expel Jews by making Russia uninhabitable for them. In 1882, numerous laws were passed restricting Jewish education, religion, legal activities, business opportunities, voting, and even the taking of non-Jewish names. In fact, Gur said that apart from the extermination of Jews in the camps, all of the anti-Jewish laws that governed Nazi Germany were announced by Russia. Even democratic France treated its Jews abominably, as the infamous Dreyfus Affair (1884-1906) revealed around the world, which left an indelible mark on Herzl, the Paris correspondent of the main Viennese newspaper, the New Free Press.

In the 1880s and after, when the pogroms were raging, the Jews left Eastern Europe, spreading to North America, South America, South Africa, Britain, Australia or wherever where they could be admitted. But Jewish emigration hardly went unnoticed by the host countries. The world began closing its doors to Jews in 1921, when the United States passed its Emergency Quota Act. Things got even worse when the stricter Immigration Act of 1924 was enacted. The number of Jewish immigrants to the United States dropped from 110,000 in 1921, to 10,000 in 1924, and to 2,700 in 1934, just as German Jews began to understand the perils of the Nazi regime.

During the Great Depression, America’s doors were closed to Jews and other immigrants. In 1939, when the Nazi war machine and its war against the Jews were in full swing, the British coldly enacted their “White Book” closing the borders of Palestine, leaving the Jews in mortal danger (Arab immigrants were not not affected). the meager immigration quota for Jews was purposely left unfilled by State Department bureaucrats who, like the British, favored Arabs.

Let’s put this into perspective. During the period of the (British) Mandate over Palestine, approximately from 1917 to 1948, Palestinian Arabs rose up and revolted against Jews who returned to their former homeland (mainly as their only refuge), supposedly displacing the “Native” Arabs and many Arab newcomers seeking work in Jewish-owned businesses. But as we have seen, it was only a tiny minority of Jewish emigrants from Europe who chose to be Zionists, while the vast majority, 98%, sought out more developed and prosperous Western countries like new home. The Zionists were few and far between.

After the end of World War II, millions of Jews languished in concentration camps, then renamed camps for displaced persons. Many still wore their concentration camp costumes for lack of other clothing, although some received abandoned German army uniforms! The survivors were threadbare, malnourished and sick prisoners, kept behind barbed wire and guarded by American troops. Their only hope was the so-called illegal immigration to Palestine, made possible by fearless Israelis and volunteers from around the world.

It is therefore not surprising that the surveys carried out to find out where the “displaced people” wished to emigrate overwhelmingly showed that Palestine was the preferred destination. In fact, it was the only place that welcomed them. The imprisoned Jews wanted to leave Europe and Israel was the destination that needed them.

The Algerian war of independence against the French (1954-1962) animated the Arabs (some of whom were from Palestine) to form the PLO, the Palestine Liberation Army in 1964. In this Algerian uprising against French settlers , about 1 million or more European-Algerians fled to France while about 1 million Algerian Arabs were killed. The PLO and others insisted that the Jews were part of a colonial enterprise in Palestine under the guise of Zionism, which is untrue. (The British were the colonizers in Palestine.) Like what happened to the French in Algeria, the war of terror against the British would eventually cause them to end the Mandate. British forces left Palestine the next day after Israel declared independence on May 14. Simultaneously, five Arab armies and local Arab forces attacked the fledgling state.

The organized terrorist war against the “Zionist entity” widened and eventually culminated in the First (1987) and Second/Al-Aqsa (2000) Intifadas. The purpose of the uprisings was to force the Jews to flee to where they came from. But, of course, there is no “return” to return to. The Jews returned to their roots and mightily prospered, while the Palestinian Arabs mistakenly put their energies into fighting the Jews instead of building their own viable state. They turned down a chance to become a state in 1947 and many times thereafter, consistently choosing to “throw the Zionists into the sea”.

Gur explained at length the “sunk costs” that the Palestinian Arabs have imposed on themselves, which strongly prevent a peaceful solution. Gur asks: How can they come to terms with the Jews peacefully when the PA names towns, streets and football fields for Arab suicide bombers?

What was their sacrifice for, if not for the liberation of the Zionist entity?

What would happen to the certainty of their own national history, if their enemies were literally fighting for survival – not just Zionism – with nowhere else to turn?

How much of their own suffering and loss did they have to do?

I don’t know if thoughtful answers to the above questions would change anything. Nonetheless, Gur speculates that peace could come with the realization that the presence of Jews here is out of necessity because there is nowhere to go. He thinks the Palestinian Arabs should frame their demands on us in terms of our history as well as their own history. It is not Zionist ideology that they must fight, but the stone-cold reality of the Jewish homeland, arguably the most powerful force in the Middle East.

But that’s not all. Gur stressed that Jerusalem is at the heart of the situation for both sides. According to him, without some sort of compromise on “Al Aqsa”, which the Palestinian Arabs have confused with the entire Jewish Temple Mount, there will never be peace. No one knows how this nut can be cracked, for however ardent the Arabs may be for the Al Aqsa Mosque, it is placed atop the most sacred place for the Jews, the Temple Mount where our two sacred temples once stood.

Haviv Rettig Haviv is the son of American olim (immigrants to Israel). Gur grew up in Israel but spent her teenage years in the United States. He returned to Israel for his military service as a combat medic. Gur then studied Jewish history and thought at the Hebrew University of Jerusalem.