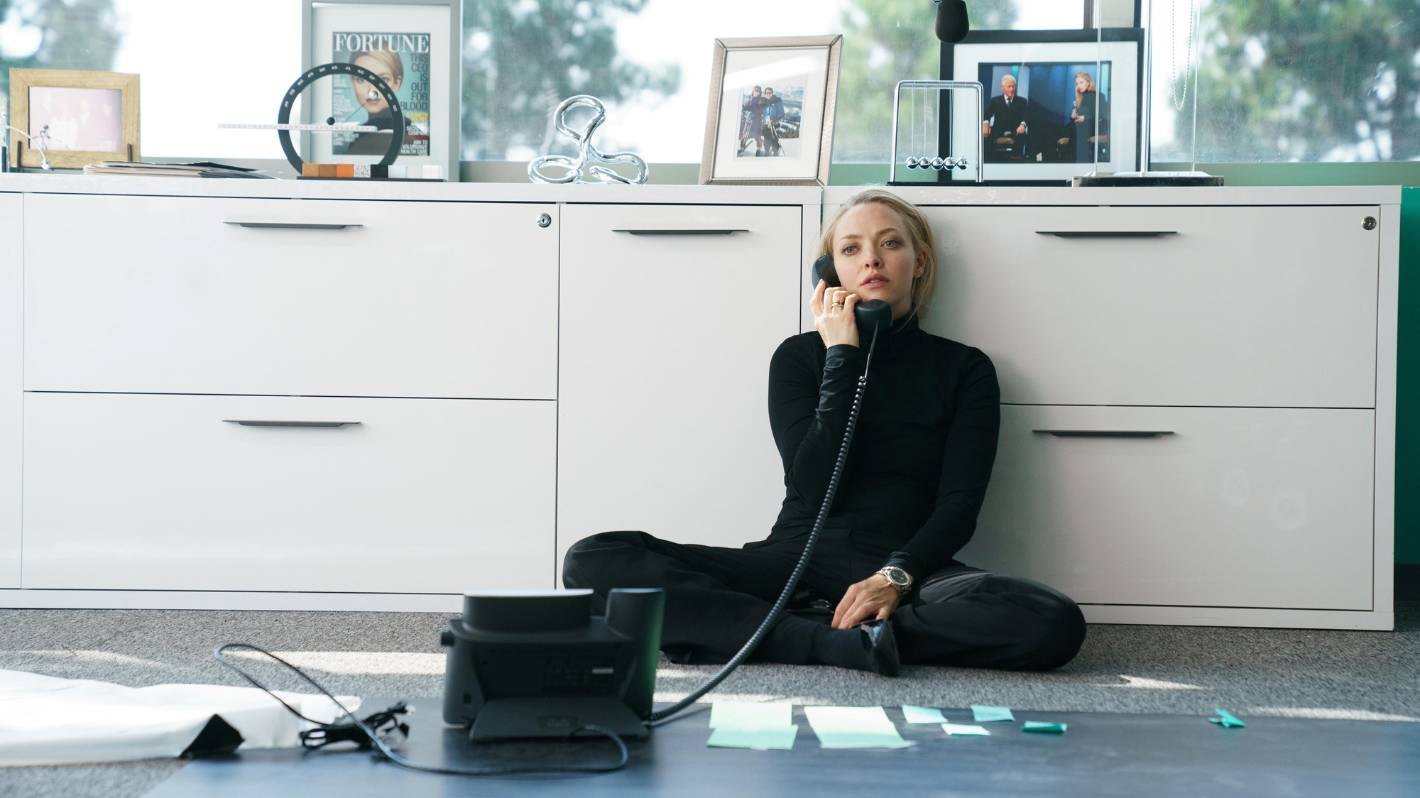 But where The stall (which begins streaming on Disney+ tonight, Thursday) succeeds Netflix’s much-hyped, but ultimately disappointing Invent Anna is in its narrower focus and emphasis on achieving its central character in all its contradictory and convoluted glory.

This could be the result of the source material used here, the hugely popular 2019 ABC podcast of the same name (hosted by US Network Manager, Tech and Economics Correspondent Rebecca Jarvis), the most potent mix of “money, romance, tragedy and deceit”, or a terrific performance by Amanda Seyfried (Great love, man).

She wasn’t even the original choice to play Elizabeth Holmes, ‘revolutionary’ founder of health tech company Theranos, that honor went to Saturday Night Live starring Kate McKinnon. But Seyfried is so compelling in evoking the duality of innovation and the drive to succeed with a vulnerability and naivety, it’s hard to imagine anyone else in the role.

READ MORE:
* Netflix’s Bridgerton, TVNZ’s Halo, Disney’s The Dropout among March must-haves
* Theranos scam: Elizabeth Holmes conviction is a sober warning to Silicon Valley
* The best new TV shows of 2021 (and where you can watch them)

The director of the opening episode Michael Showalter (The big sick), who directs half of the series, and its writers set the intimate, yet elegant tone early on, cleverly framing their story around Holmes’ deposition on July 11, 2017.

A clearly distressed and harassed Holmes looks far from the composed businesswoman Forbes magazine once declared America’s youngest self-made billionaire woman. Even they revised their net worth estimates from $9 billion to zero, after claims that Theranos could test for hundreds of diseases with a single drop of blood were denied by journalistic and regulatory investigations.

Now, investigations have focused on whether she and her company’s former chairman, Ramesh Balwani (Lost’s Naveen Andrews) had violated federal security laws and defrauded investors, doctors and patients. While the questions focus on his actions and the “so many mistakes” they made, The stall traces the rise and fall of Holmes, from the humiliating treatment of his father by Enron (and the effect it had on his family), to his blossoming at Stanford University and his decision to follow the path of Bill Gates and Steve Jobs and to exchange a university education for a training in the business world.

While the fractured narrative may not appeal to everyone, here it serves the narrative well, the vignettes provided ample time to help develop Holmes’ character, demonstrate their importance to the overall story, and draw the viewer into his world and his point of view. -to see.

What I particularly liked is that you constantly see your sympathies shift when it comes to Seyfried’s Holmes. We admire her determination, drive, and ability to win over even the most skeptical professors, but, just when you think she’s going to find an ally and mentor in Stanford professor of medicine Phyllis Gardner (ladybugby Laurie Metcalf), the latter is indeed bursting her bubble.

Describing her therapy patch speech, framed as if “she’s never met a sick person before,” Gardner then lambastes her for quoting Yoda and stresses that as a woman she needs to make sure she “doesn’t don’t skip all the steps.” “You’re 19 – you don’t have to be anything else right now.

But, as history shows us, patience was not one of Holmes’ great virtues.

Add in a perfect soundtrack of period hits (ranging from Justin Timberlake to Len and Alabama) and the fabulous supporting cast which also includes Anne Archer, Stephen Fry, Michael Ironside, Sam Waterston and William H. Macy and the result is a terrific compelling and mind-blowing drama that rivals last year’s must-see Drug.

The stall begins streaming on Disney+ the evening of March 3.