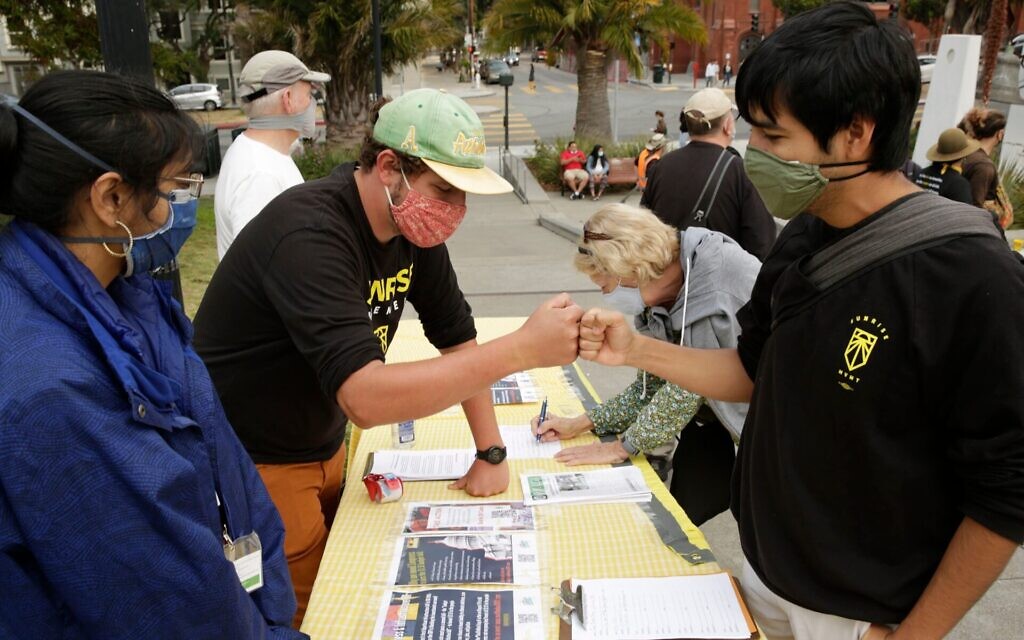 â€œIn our statement, we named three Jewish organizations and criticized their positions on Israel, but we did not mention other organizations in the Declaration for the American Coalition for Democracy with similar positions. We apologize unequivocally. We now understand how our action has fueled anti-Semitism, which benefits white nationalism and the political movements that have built power by dividing us, and puts the Jewish people at considerable risk, â€the group wrote in a statement on Twitter. .

The group had previously withdrawn from a rally for voting rights due to the participation of the National Council of Jewish Women, the Reform Movement’s Religious Action Center and the Jewish Council for Public Affairs – all groups that argue Israel, which Sunrise DC has called “colonialist.” project.”

â€œGiven our commitment to racial justice, self-government and indigenous sovereignty, we oppose Zionism and any state that applies its ideology,â€ Sunrise DC said in a statement on Twitter on October 20.

â€œTo be clear, Sunrise DC’s statement and actions are not in line with our values,â€ the Sunrise movement said in a statement Friday. â€œTo single out Jewish organizations to be removed from a coalition, although others have similar views, is anti-Semitic and unacceptable. “

In the statement released by the local group on Sunday, Sunrise DC reiterated its opposition to Zionism. â€œWe are committed to learning and growing while continuing to oppose Zionism, anti-Semitism, anti-Palestinian racism and all other forms of oppression,â€ the group wrote.

Lise Ravary: Why the ethics and religious culture course in Quebec had to disappear