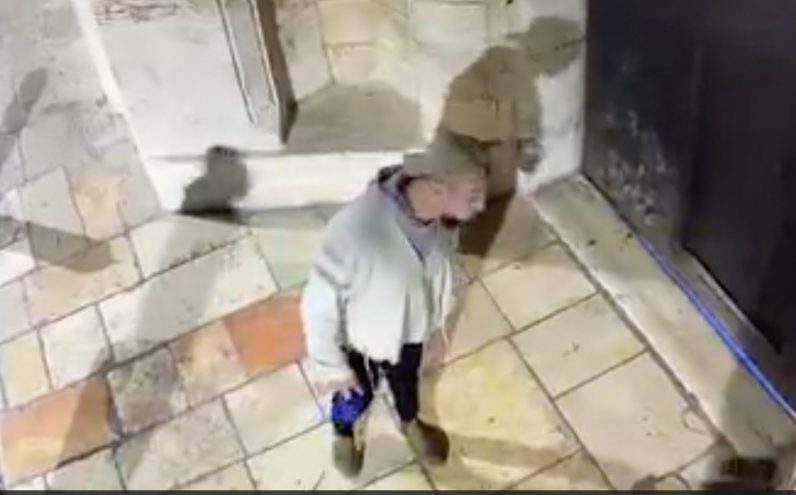 JERUSALEM (CNS) – The Armenian Orthodox Patriarchate of Jerusalem urged the Israeli police to “seriously investigate” a November 15 incident in which a young Orthodox Jew spat several times at the entrance to the patriarchate, then gestured with anger of the middle finger towards a CCTV camera.

“Unfortunately, similar insults, which are an expression of racism and anti-Christian hatred, have taken place frequently, especially by religious Jews against Christian clergymen in the old town, mainly but not only in the neighborhood. Armenian, ”the patriarchate said. in a statement sent to reporters on November 17. “We urge the police to seriously investigate these insulting acts and bring those who committed them to justice.”

The video image shows the man, who wears a baseball cap upside down and walks a dog, and is accompanied by another religious man wearing a dark sweater, deliberately walks towards the front door of the Patriarchate and spits twice, then makes deliberate eye contact. with the surveillance camera and spit three more times with more emphasis.

Then he again faces the camera, makes a gesture with the middle finger of one hand and places the finger of the other hand on it to form the sign of a cross, in what the Patriarchate has said to be “an act. clear of insult ”.

Armenian clergy are often the target of such spitting attacks, as religious Jews use a main road in the Armenian Quarter of the Old City as a passage to the Western Wall and the Jewish Quarter rather than walking the crowded streets of the neighborhood market. Muslim.

“We take this opportunity to ensure our willingness to cooperate with religious and civil authorities to endorse coexistence based on mutual respect for all, regardless of differences in religion, ethnicity and nationality,” said the Patriarchate .