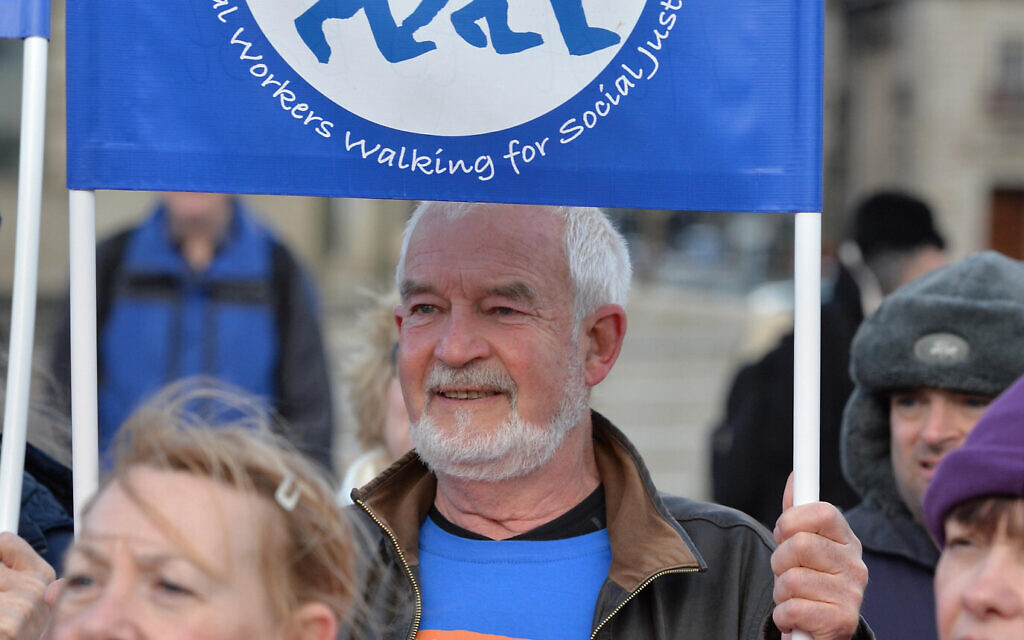 A motion on anti-Semitism that has sparked anger and fear among many Jewish social workers failed to pass the British Association of Social Workers’ annual conference. (BASW) Friday.

Jewish News revealed on Wednesday how a motion tabled for the AGM of the largest professional membership organization for social work called on the body to “suspend the decision to approve the IHRA’s definition of anti-Semitism.”

The motion was backed by the Union of Social Workers who claimed that the examples of possible anti-Semitic behavior listed by the IHRA “have been regularly used to confuse criticism of Israel with anti-Semitism and to label the defense of the rights of anti-Semitic Palestinians”.

Jewish social workers had also pointed out that the issues were not just about rejection of the IHRA, but also about refusing to listen to concerns they raised that their voices were being ignored.

In a surprise move, delegates attending the BASW conference, both in person and online, were notified on Friday that there was a point of order to pass the vote on Motion Number 8.

One delegate was heard saying there was a real need “to listen to Jewish voices” on their concerns about the anti-IHRA motion.

It is understood that the call to move the motion forward without those watching the events online voting on it was seconded by someone else at the conference.

Dr Paul Shuttleworth, a senior lecturer and tutor at the University of Sussex and an independent social work practitioner, told Jewish News on Friday: “Many Jewish social workers are extremely relieved that the motion was brought forward and not voted on.

“Today has caused incalculable stress and concern, not only to Jewish social workers, but also, as my inbox will attest, to many British Jews.

“To repeat what the Jewish Social Worker group has always said, this was NOT just about the IHRA definition or the right and need to criticize specific Israeli policies or support Palestinian rights.

“It was also about listening to Jewish experiences of anti-Semitism. It was about the Jewish people, once again, not being believed, being censored and silenced.

“As social workers, we must always place lived experience at the heart of everything we do. We believe that the Jewish lived experience should be at the center of discussions, debates and definitions of anti-Semitism. ”

While the motion is still in effect, it will now be referred to BASW’s Policy and Ethics Committee, which will also have to consider issues raised by Jewish social workers.

Jewish News had revealed how a podcast in which two Jewish social workers discussed their experiences with anti-Semitism, produced in conjunction with the Community Security Trust, was taken down by BASW officials, in response to a complaint from a Palestinian activist suggesting that the recording “seeks to confuse criticism of Israeli apartheid with anti-Semitism.

In response to the dispute over last October’s podcast, the new former Jewish group of social workers, created to represent members of the community who practice the profession, issued a statement saying: “Unfortunately, we expected this type of complaints because the podcast was the first ever to talk about anti-Semitism and social work, with two Jewish people talking about their experiences.

“We expected attempts to censor, silence, intimidate and suppress Jewish voices and views.”

“We are not listened to and non-Jews decide whether we are allowed to define anti-Semitism. Yes, it is real.

He added on Friday: “While the debate about the historical and current complexities of anti-Zionism and anti-Semitism needs to be discussed, a limited forum where the two ‘sides’ do not feel properly heard, was not the place. place to do it.

“We are grateful that more nuanced, informed, collaborative and ethical discussions can now take place at BASW on this issue, with Jewish voices at the center. We also hope that the Social Work Union will work with us so that they can better understand Jewish experiences and not deter Jews from joining them.

Commenting on the dispute on the podcast, the Community Security Trust said: “This is the reality of how anti-Semitism unfolded at this time and rather than censoring Jewish voices, social workers better listen and learn.

Liberia: the budget and waste of the national legislature