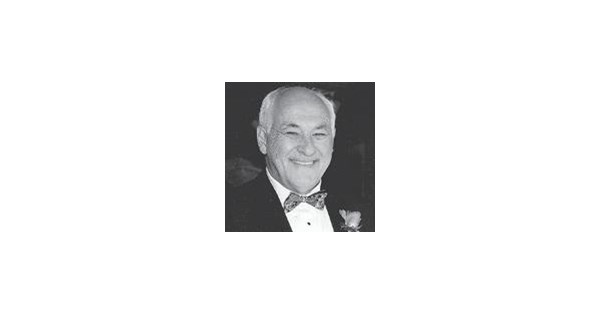 By Carlos R. Edwards Last updated Oct 9, 2021
0
Share
STEINBERG SHELDON S. STEINBERG (95) Dr. Sheldon Steinberg passed away peacefully on August 1, 2021 at Holy Cross Hospital in Silver Spring MD surrounded by his family. He lived a long and fulfilling life, retaining his energy, enthusiasm and interest in the world until the end. He will be remembered by all who knew him, including his four children and seven grandchildren. Shel was born on June 18, 1926 in Brooklyn to the children of immigrants, Max and Evelyn (née Levinson) Steinberg. With his older brother Herbert, he had an active and eventful childhood. He grew into a robust young man, enrolling in Brooklyn College in 1942, where he received a good education and played football, basketball and baseball, which earned him a passion for the sport. It was also at Brooklyn College that he met the love of his life, Stella Schirmer, who died in 2017. Throughout their 68 years together, Shel and Stel have danced, literally and figuratively, with grace. which was nice to see. Shel joined the Army Air Corps in 1944. When the war ended, he returned to Brooklyn and married Stel in 1948. Nothing stood in the way of their love. On their wedding day, as the door to Stella’s lodge didn’t open, trapping her inside, Shel grabbed the doorknob and pulled – the door off its hinges! “Oy Gevalt!” Aunt Sally exclaimed. Their first son, Gary, was born in 1952, followed by Peter in 1956, who arrived the same day Shel received his doctorate from Columbia University. The family moved to Carbondale, Illinois in 1956 where Shel was a professor at Southern Illinois University. In 1960 they moved to Arlington Heights, IL, where Shel led programs for the National Cancer society and daughters Maren and Deborah joined the family in 1961 and 1965 respectively. After a brief move to Long Island, the family moved to Silver Spring, Maryland in 1967, where Shel was one of the founding and managing partners. from the University Research Corporation. Shel has become widely recognized as one of the leading educators and administrators of large-scale executive education and development programs in the country, most notably as the lead author of the internationally published book “Government Ethics and Managers.” . He retired from URC in 1990, founded International Bridge Inc., and over the next 10 years, helped American and Japanese companies improve their working relationships through a better understanding of their respective cultures, including practicing “nintai” – patience – as needed. Shel was an admired professional, a loving and loved husband, a beloved father and grandfather. He was a nature lover, avid gardener, swimming instructor and scuba diver, an inexhaustible source of Jewish humor and stories, passionate about art, music and theater, and an avid collector of masks from around the world. He traveled extensively with Stel and other family members, feeding his joy in novelty and his constant intellectual curiosity. Shel cared deeply about current affairs, politics and the state of the world, reading the newspaper cover to cover every day and encouraging dialogue with those around him. He has never been without a passionate project, be it stained glass art or writing on subjects as varied as ethics in government, health charlatans and highwaymen in England. 18th century. Shel was born in an era when horse-drawn carriages rode the streets of New York City and died in the age of the internet and commercial spaceflight. Throughout his life, he embraced this changing world with vigor and enthusiasm. It was a real mensch. Sheldon is survived by his children Gary (Elizabeth), Peter (Kay), Maren (Eric) and Deborah (David); and grandchildren Max, Raya, Alexandra, Samuel, Benjamin, Eric Jr. and Naaman. A private family service will take place at a later date. Donations on Shel’s behalf can be made to Planned Parenthood and League of Conservation Voters. A private family service will take place at a later date. Donations on behalf of Shel can be made to Planned Parenthood and League of Conservation Voters.