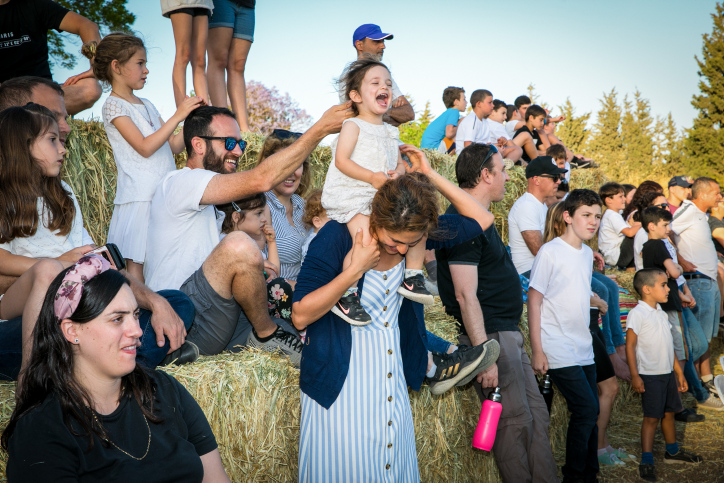 Shavuot (Pentecost) guide for the perplexed, 2022

(May 26, 2022 / JNS) Shavuot, celebrated this year on June 5, is one of three freedom-oriented Jewish pilgrimages to Jerusalem: Pesach (Passover), Shavuot (Pentecost) and Sukkot (Tabernacles).

Shavuot is celebrated seven weeks after the second day of Passover, of which it is a historical, national, agricultural and spiritual extension. Passover highlights physical freedom from slavery in Egypt; Shavuot highlights spiritual freedom, embracing the values ​​of the Ten Commandments and Torah, in preparation for re-entry into the Land of Israel.

Shavuot is also called the harvest festival (ביכורים), because it concludes the harvest season, which begins during Passover.

Shavuot (שבועות) means “weeks” in Hebrew, and its spelling is identical to the Hebrew word for “vows.”

Shavuot commemorates 40 years since the Exodus, which brought harsh challenges on the way to the Land of Israel, forging the mindset of the Jewish people and the Jewish state. For example:

• Gaining and maintaining freedom – which is a most critical value – requires the willingness to endure tribulation (blood, sweat and tears);

• Walking against the grain and taking initiative – no challenge is insurmountable when faced with faith and principled determination;

• The steeper the obstacle, the more critical the mission, the deeper the gratification;

• Adversities and challenges are opportunities in disguise.

The Book of Ruth (Honor your mother-in-law…)

Ruth was a Moabite princess, the great-grandmother of King David.

Ruth was a model of loyalty to her Jewish mother-in-law (“Your people are my people and your God is my God”), humility, gratitude, responsibility, reliability, respect for other human beings, faith and optimism. According to the Bible, Ruth, the daughter-in-law, was better than seven sons. Ruth stayed by her mother-in-law, Naomi, during Naomi’s most difficult time, when the latter lost her husband, Elimelech (a president of the tribe of Judah), two sons and property.

Much like Job, Naomi bounced back from the lowest ebb of her ordeal to a fulfilled hope. Job and Naomi both went through family, economic and social calamities, lost their spouse, children and financial assets; both kept faith in God and rebuilt their families; both became symbols of belief rather than faith-driven convenience, patience and endurance.

The geographical setting of the Book of Ruth was the Judean Desert, the cradle of Jewish history, religion, culture, language and ethnicity.

Impact on the formation of the United States

Shavuot commemorates the legacy of Moses: the Exodus, the Ten Commandments and the Torah, which were of importance impact about the early Pilgrims and Founding Fathers, and the shaping of American culture, civic life, the federal system, the American Revolution (as highlighted in Thomas Paine’s “Common Sense”), the Federalist Papers, the U.S. Constitution, the Bill of Rights, etc.

Shavuot is the feast of freedom/Exodus, as emphasized in the biblical concept of the Jubilee, the model of biblical freedom, which is celebrated every 50 years. The essence of the Jubilee is inscribed on the Liberty Bell: “Proclaim liberty throughout the land and to all its inhabitants” (Leviticus 25:10).

The Liberty Bell was installed in Philadelphia in 1752, 50 years after William Penn’s Charter of Privileges, and ultimately inspire the 50 states of the union. According to the Biblical Jubilee, all slaves must be freed and land must be returned to the original owners every 50 years. Shavuot is celebrated 50 days after Passover, and Pentecost – a derivative of the Greek word for 50 – is celebrated 50 days after Easter. According to Judaism, there are 50 Gates of Wisdom, studied during the 50 days between Passover and Shavuot.

The centrality of humility

Shavuot emphasizes the essential value of humility in human behavior and leadership. This is emphasized by receiving the Torah, the Ten Commandments and the 613 statutes in the desert – an uncomfortable environment – and on Mount Sinai, which is not a crushing mountain. Moses, the outstanding legislator and civic and military leader, received only one compliment in the entire Bible: “the humblest of all human beings.”

The ethics of fathers (Pirkei Avot)

It is customary to study, from Passover to Shavuot, the six brief chapters of The Ethics of the Fathers, one of the 63 treatises of the Mishnah (the Oral Torah) – a compilation of common sense principles and ethical and moral teachings that emphasize key interpersonal relationships. For example:

“Who is respected? One who respects others!
“Who is a sage? The one who learns from all the other people!
“Who is rich? The one who is content with his share!
“Who is a hero? The one who controls his desire!
“Speak little and walk a lot;”
“If I am not for me, who will be for me? If I am only for myself, what am I? If not now when?”
“Do not be consumed with the vial, but with its contents.”
“Conditional love is tenuous; unconditional love is eternal.
“Treat everyone politely.”
“Jealousy, lust and obsession with fame warp the mind.”

Shavuot and the meaning of seven

Shavuot reflects the centrality of the number seven in Judaism. The Hebrew root of the word Shavuot (שבועות) is seven (שבע—Sheva), which is also the root of “vow” (שבועה—shvua), “satiety” (שובע—Sova) and “week” (שבוע—shavua).

Shavuot is celebrated seven weeks after Passover. Shabbat was the seventh day of creation and, according to Genesis, has seven beneficiaries.

There are seven major Jewish holidays: Rosh Hashanah, Yom Kippur, Tabernacles, Hanukkah, Purim, Passover, and Shavuot. There was a recreation of seven days between each of the ten plagues of Egypt. The ancient Jewish temple had a seven branch menorah. There are the biblical “seven kinds”: barley, wheat, grape, fig, pomegranate, olive, and date/honey. The Jubilee follows a cycle of seven seven years.

Yoram Ettinger is a former ambassador and head of Second Thought: A US-Israel Initiative.

This article was first published by The Ettinger Report.

Letters to the Editor | The Jewish Chronicle of Pittsburgh

Understand the “thin places” where heaven and earth meet