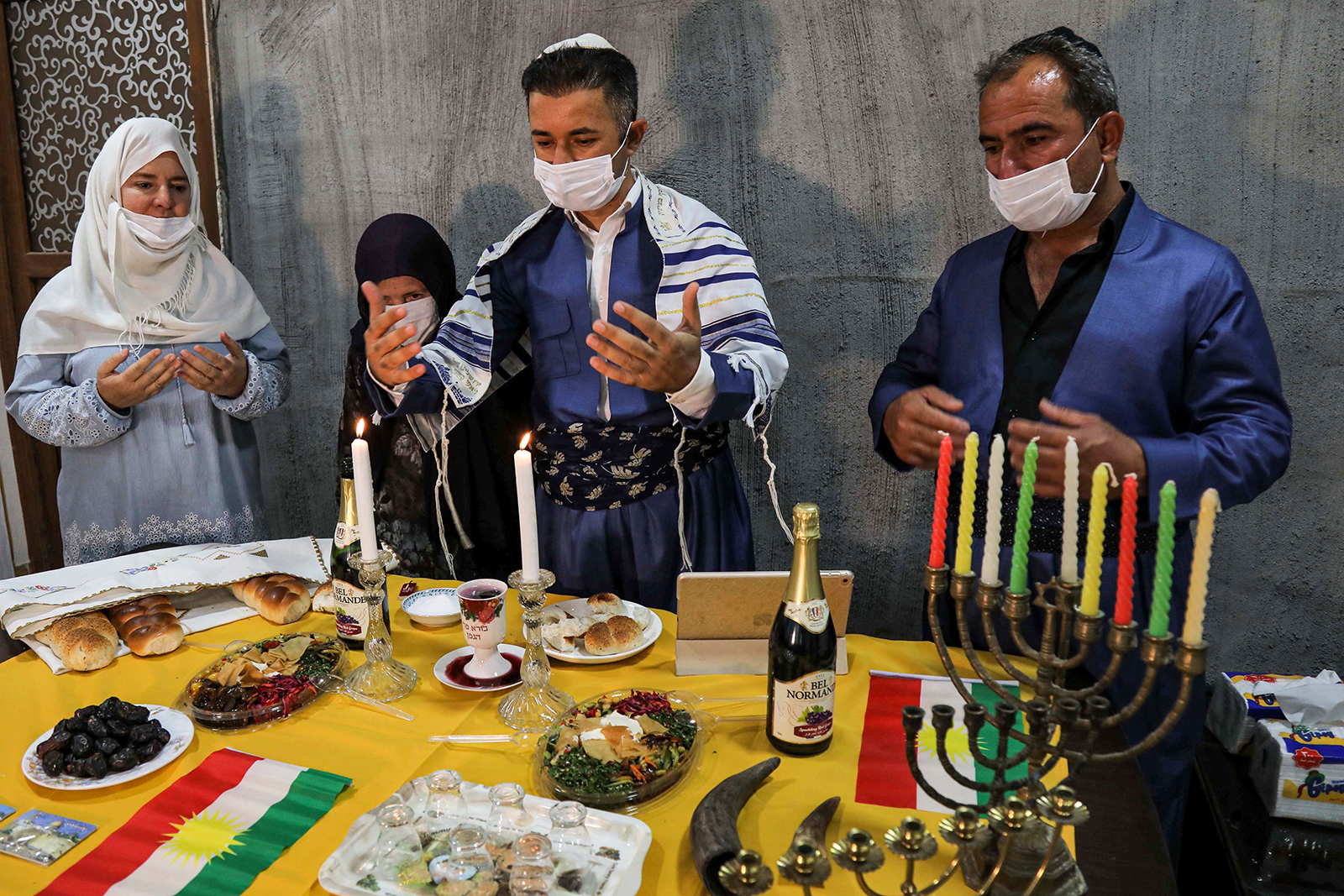 Self-driving car revolution could leave some Jews behind

Evangelists of the autonomous future of cars often say that their arrival is inevitable, that people would be much happier minding other business than wasting time driving a car.

Tesla CEO Elon Musk has been promoting the promise of Tesla’s “Full Self Driving” technology for years, saying a future fully self-driving version would be “a natural extension of active safety”. Today, by opting for this package, buyers benefit from technology well below the capabilities of driverless cars.

But not everyone will always be able to participate in this autonomous future.

Ever since the Hebrew Bible was assembled in the centuries before the Common Era (or BC), Orthodox, Reformed, Conservative and other sects of the Jewish people around the world have observed Shabbat or Shabbos, the seventh day of rest according to religious law.

During this day of rest, observers learn to refrain from performing 39 forms of work, or the 39 Melachot.

Observers are encouraged to read and discuss Torah, attend services in their synagogue, and spend quality time with friends and family.

One oft-cited form of work that Shabbat keepers are prevented from is “making fire”. In our modern world, that translates to turning on the lights, heating up a stove, and pressing a button to operate an appliance or anything mechanically operated.

Conversations within the Jewish community about technological advancements and their connection to Shabbat are nothing new.

Discussions about whether Shabbat keepers can ride in cars or take trains have been going on since the early days of these passenger vehicles.

In his 1972 book To Be A Jew: A Guide to Jewish Observance in Contemporary LifeOrthodox Rabbi Hayim Donin described the sect’s thinking on conduct:

“…the driving ban is an extension of the biblical prohibition against lighting fires and burning,” he writes. “The creation of sparks and the combustion of gas and oil as a direct result of the driver’s actions are just some of the more serious objections.”

Cars have become more mechanically complicated since then. With the advent of infotainment systems and driving aids, more machines are involved in the act of driving than ever before.

There may be fault lines on this subject in different sects of Judaism. When Newsweek contacted the Union of Reform Judaism, a spokesperson said the Reform and Conservative movements already drive cars on Shabbat and that driverless cars “will not impact our politics.”

The Conservative movement issued a ruling in 1950 that allowed a car to be driven on Shabbat if that person lived far from their synagogue, provided they made no other stops along the way.

It’s similar to cell phone use among the Amish community, a collection of traditionalist Christian watchers who largely shun modern technology. Many use them in limited capacities, such as contacting distant relatives and doing business.

In the 1990s, the Halacha Committee of the Rabbinical Assembly of Israel, a conservative organization, decreed that it was forbidden to conduct Shabbat on the basis that Israelis already did not work on the day of rest.

But for Orthodox Jews, as strict adherents of the Torah, it’s a different story.

In a recent interview, Rabbi Menachem Genak, CEO of the Kosher Division of the Orthodox Union, said Newsweek that it would be against the law or the spirit of Shabbat to ride in an autonomous vehicle. Even if the car was on a pre-determined route and all a passenger would have to do was walk towards it and get into it.

“Anyway you start it – and you have to stop it – it would still be problematic,” he said.

Miami-area rabbi Marc Phillippe agrees, drawing a distinction between a “Shabbat elevator,” a specialized elevator that’s always on and makes stops on certain floors, and a car someone should light up.

“If you had a car that was moving all the time from Friday night to Saturday night – then you just got out of it – that would be a different story,” Phillippe said.

The two rabbis report that conversations have already taken place about self-driving cars within the Jewish community, there has not yet been an official rabbinical position on the matter.

But Genak says that would violate “the Shabbat vibe,” something that sets the day apart from any other day of the week.

“It’s a sideline,” he explained. “In a contemporary context, it’s: living a day without your iPhone or your computer. It’s gotten worse and we’re all addicted to it. It’s not such an easy thing to do. But you focus on the Shabbat and the Shabbat theme. Stay at rest, acknowledge the Creator, things like that.”

It is also forbidden to ask someone else to drive you, since you are effectively creating work. Only in life-threatening emergencies are you allowed to drive or be driven on Shabbat.

Non-Jews have been hired to do things a Jew couldn’t do in a synagogue, but Phillippe says it’s different outside of that space.

“Historically you have a lot of people in synagogues who are not Jewish doing everything that needs to be done, but driving is a very tricky thing,” he said, adding that most Shabbat keepers live within walking distance of their local synagogue.

While some rabbinical scholars don’t consider this a biblical violation, others would argue that driving a car is a rabbinical violation of Halakha, a collection of Jewish legal works.

Adherence to Halakha varies among sects. Orthodox observers regard it as a divine law. Conservatives believe it is a developing partnership between God and man. Reform members do not view Halakha as binding on Jews today, but rather that it is up to the individual observer to interpret these laws.

Genak says that while there is no overall decision yet on self-driving, he says it would fall under what Orthodox members already believe about driving on Shabbat.

“Getting in the car and having him do everything for you might just be a rabbinic (violation), but it would still be a Shabbat violation,” Genak explained.