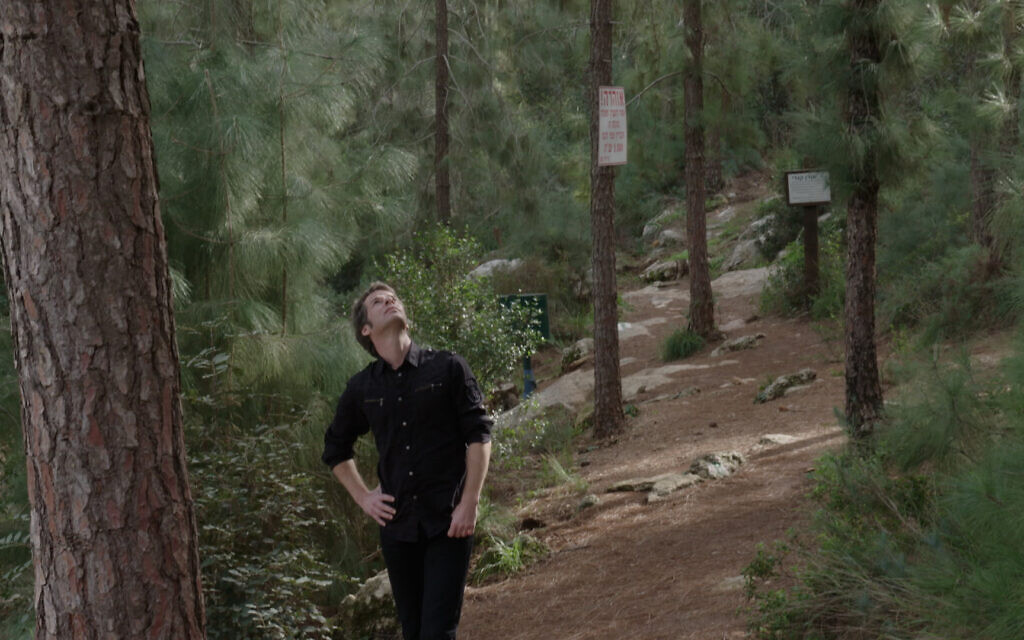 Like many North American Jewish children celebrating a bar or bat mitzvah, Jason Sherman received a certificate that a tree had been planted in Israel in his honor.

In the case of Shermans, it was in 1975 and he no longer thought of the certificate issued by Keren Kayemet L’Yisrael – Jewish National Fund (JNF) until he first visited Israel in 2012 at the age of 50. He wondered exactly where this tree was – a physical manifestation of his connection to the Jewish homeland – and how it had grown over the decades.

Back home in Toronto, playwright and filmmaker Sherman rummaged through memorabilia boxes and perused photo albums and Super 8 films from his bar mitzvah. But there was no sign of the certificate. It might no longer exist, but the tree itself would probably still be standing, Sherman thought. So he hired a cameraman, booked another flight to Israel in 2015, and set out to find him.

It seems simple enough. But it wasn’t long before Sherman learned that the task would be anything but simple.

Sherman documented his quest — and a thorny Pandora’s box of moral, political, and environmental issues it opened — in his film “My Tree.” It premiered at the Hot Docs International Canadian Documentary Festival in May 2021 and is now streaming on various online platforms.

Both in the film and in conversation with The Times of Israel from his home in Toronto, Sherman pointed out that the main obstacle he faced was the JNF’s refusal to speak to him for his film. He was blocked during his stay in Israel, and also when he tried to get an interview on camera with someone in NJF Canada affiliate office in Toronto.

A second trip to Israel for additional filming was canceled for several reasons, including the cancellation of meetings by JNF after initially agreeing to cooperate, according to the filmmaker.

The JNF still isn’t interested in talking to Sherman about his tree or his movie.

Approached by The Times of Israel, a JNF spokesperson said: “With regard to the allegations raised by the filmmaker, we regret that one can identify a deliberate bias intended to harm the JNF by transmitting baseless misleading and defamatory information. Therefore, we have not seen fit to respond to the spurious claims raised by the film’s creator.

Jason Sherman with his parents at his bar mitzvah in Toronto, Canada, 1975. (John Minh Tran)

Most Jews around the world associate the JNF with planting trees – 240 million and cash. Since its inception in 1901, it has also been involved in the purchase of land for Jewish settlement in the Land of Israel, and in a wide variety of agricultural, development and environmental projects. The JNF owns and custodians 13% of state land and is a wealthy organization, as evidenced by its budget 2022 of NIS 1,257,985,534 ($366,720,067).

“I don’t understand why they wouldn’t want to talk to me about their most promoted program, which is the reforestation of Israel,” Sherman said.

However, with the JNF unwilling to cooperate, Sherman turned elsewhere. “I needed to talk to someone about the trees,” he said.

With the help of an Israeli researcher, he determined that his tree must have been planted in Canada Park (also known as Ayalon Park), a seven square kilometer wooded recreation area north of Route 1 between Jerusalem and Tel Aviv. Canadian Jews raised the funds for the park, and it was established during Sherman’s bar mitzvah era.

While walking among the tall pines in Canada Park, Sherman realized that it would be impossible to tell which tree was his – if it had been planted at all. 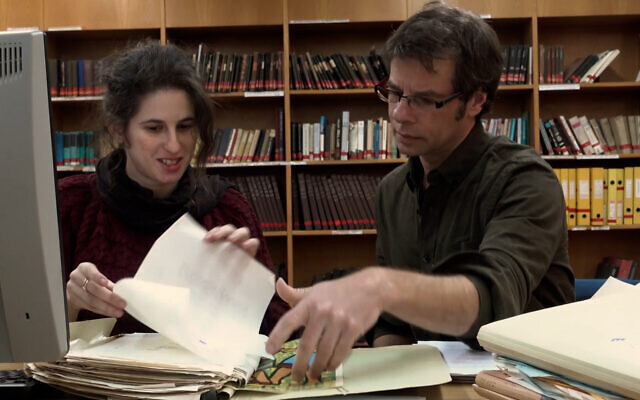 Archivist Orit Fooks helps Jason Sherman search the Central Zionist Archives for records on the tree that was planted in his honor in Israel after his bar mitzvah in 1975, as seen in the documentary film “My Tree.” (John Minh Tran)

Sherman learned that the JNF planted pine forests in Canada Park because they grow and cover areas quickly. The filmmaker interviewed arborists who said the pines are not native to the area and are susceptible to wildfires and a host of other issues.

In the film, a representative of the Society for the Protection of Nature in Israel takes Sherman to an open grassland area in southern Israel and complains that the JNF plans to plant a forest there, altering the environment and endangering wildlife.

In an interview with The Times of Israel, MK Alon TalChairman of the Knesset Subcommittee on Environmental and Climate Health Impacts and a prominent Israeli environmental activist and scholar, objected to this claim.

“It is an extremist opinion. The JNF does not defile the natural landscape and no wildlife is harmed,” he said. 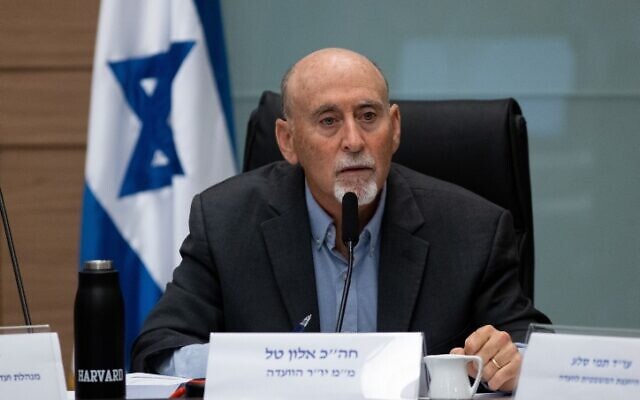 MK Alon Tal attends a meeting of the Education, Culture and Sports Committee in the Israeli parliament ahead of the opening of the new school year, August 16, 2022. (Oren Ben Hakoon/Flash90)

According to Tal, who does not appear in the film, the JNF is reversing the overgrazing that has occurred over the centuries by planting trees. Forests are also key to preserving nature recreation areas in a small country that loses 30 square kilometers a year to urban development.

“There is an important place for these forests in a country that is becoming more and more populated. And with climate change, carbon sequestration from forests to the ground is vital,” Tal said.

Tal pointed out that Sherman’s focus on pine forests is misplaced and misleading. While pine trees were the JNF’s way of quickly covering land in Israel’s early years, it has been many years since these trees fell out of favor.

“Nothing is left to chance now. For decades, detailed plans have been drawn up and the JNF takes great care in the various species that are planted today,” Tal said.

As interesting as the discussions of pine trees are, Sherman was much more concerned that his tree was ostensibly planted where Palestinian families once lived.

Canada Park was built on the ruins of the Palestinian villages of Imwas and Yalo. The villages were captured by Israel from Jordan during the 1967 Six-Day War. They were razed and their inhabitants expelled on orders from Israeli leaders, who wanted to expand the Jerusalem Corridor.

A representative of Zochrotan organization that exhibits and disseminates historical information among Israelis about Palestine Nakbahposits in the film that the purpose of planting the pines in Canada Park was the rapid elimination of the remnants of Palestinian villages.

“Was I made an accomplice to a cover-up?” Sherman wondered.

It is absurd to think that a 13 year old in faraway Canada could be guilty of anything related to the realities of war in the Middle East. However, Sherman – now a 60-year-old – is now questioning the ethics of the JNF’s alleged lack of full transparency with donors.

He wonders if his parents, loved ones, or congregational leaders (whoever donated) were fully informed of the land Canada Park was planted on – and if they would have cared. 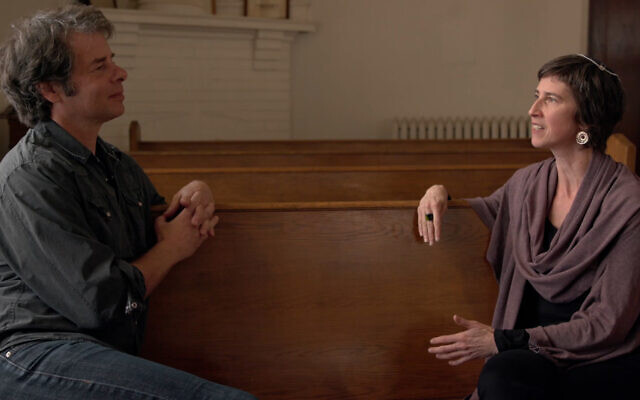 Filmmaker Jason Sherman (left) in conversation with Rabbi Miriam Margles at the Danforth Jewish Circle in Toronto, as seen in the documentary film ‘My Tree’. (John Minh Tran)

Now that Sherman knows the history of Parks Canada, he wonders if he has to make amends. If so, how? For him, “his” tree is not just a tree but rather a symbol of his relationship with Israel. This trip has complicated it.

Seeking answers to his moral dilemma, he has heart-to-heart conversations with a Toronto rabbi and an Imwas-born Palestinian American who now lives in Arizona.

Sherman also interviewed Canadian Jews who ardently support the JNF and for whom there are no ethical or moral issues. The administrator of the synagogue where he did his bar mitzvah reports that she always presents bar and bat mitzvah teenagers with tree certificates.

A woman nicknamed “the lady of the trees,” who for decades was responsible for typing and sending the certificates, is moved to see how much her trees in Israel mean to her now that she can no longer travel there.

In a tense scene, a former president of JNF Canada who was instrumental in the design and implementation of Parc du Canada doesn’t have much sympathy for ‘Ahmed’ who ‘left’ his village ‘voluntarily’. on the instructions of the leaders of the attacking Arab nations. 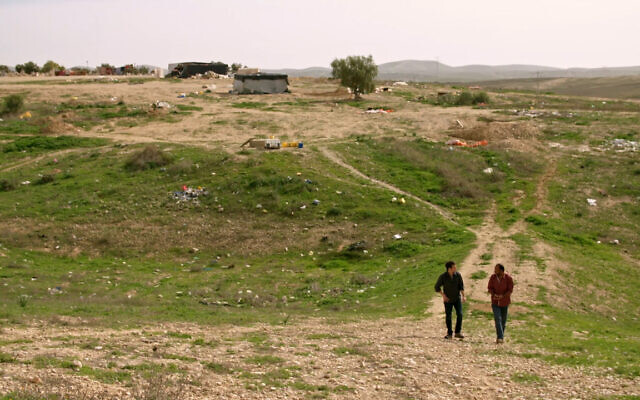 Jason Sherman visits the Bedouin village of al-Araqib in the Negev, Israel, as seen in the documentary film ‘My Tree’. (John Minh Tran)

“Believe me, I wanted the JNF to participate. I still do. I would even recut the movie if they talked to me,” Sherman said.

It’s doubtful, however, that the JNF has anything to say to Sherman given that “My Tree” goes far beyond his personal pin. The film introduces viewers to one of many Bedouin communities in the Negev in legal disagreement with the JNF over land disputes, and a former US JNF board member who resigned angry after learning that the organization was involved in the eviction of a Palestinian family from their home in the Silwan neighborhood of East Jerusalem.

If Sherman’s scuttled second filming trip had taken place, he probably also would have added in “My Tree” something about the JNF controversially investing in Jewish settlements across the Green Line.

In response to a request for comment from The Times of Israel on the organization’s relationship with the Israeli government, a spokesperson for the JNF said: “As a forest authority, KKL-JNF will continue to plant sustainable forests. and high quality for the welfare of the residents of Israel. He added that “as an independent organization, [we] from time to time, cooperate with the government to actualize the goals and values ​​on which our organization was built and established. 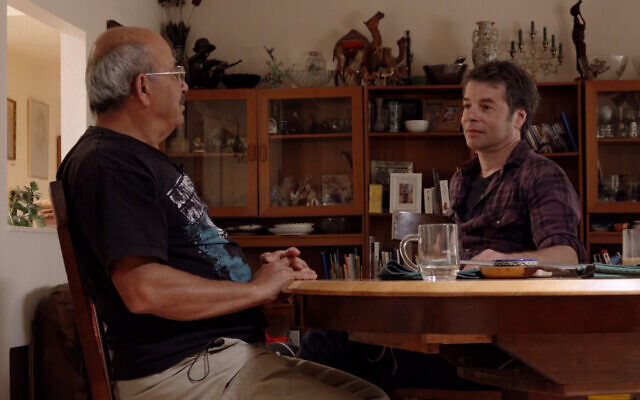 Watching “My Tree,” it doesn’t seem like Sherman is going to balk at all the good the JNF has done for Israel and Jewish-Israeli diaspora relations over the past century. But with authoritative and current pro-JNF voices like Tal’s conspicuously absent, the film is unbalanced.

Ultimately, it’s a tale of how a sapling planted in the name of a 13-year-old Canadian Jewish boy can grow to the point of shaking the roots of his relationship with Israel.