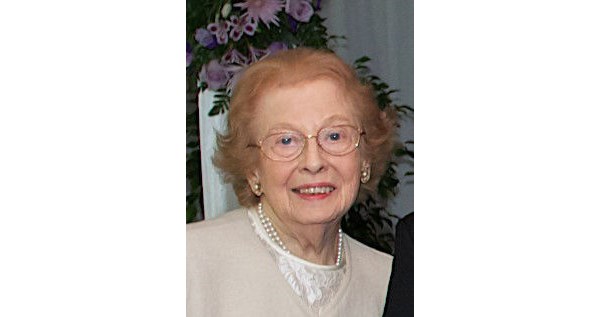 Sandy Rifkin passed away peacefully in her sleep on Saturday, September 11, 2021, two weeks before her 95th birthday.

Born Harriet Sandra August on September 27, 1926, she was the daughter of Frances and Benjamin August. Sandy grew up in Philadelphia, where she excelled in school. She graduated as a valedictorian from West Philadelphia High School in 1944. Sandy was a medical student at the University of Pennsylvania when she met another student, Arnold Rifkin. She graduated from Penn in 1948 and in 1949, married Arnold and moved to Wilkes-Barre.

Sandy joined Arnold in traveling the country selling products for the A. Rifkin Company. They spent a year on the road before returning to Wilkes-Barre to raise a family.

In 1991, Sandy received the first Rose Brader award from United Way. Sandy and Arnold have been married for 66 years. Together, they donated the residence known as Rifkin Hall, the Evans Hall lobby and the Rifkin CafÃ© at Wilkes University Student Center. They were also responsible for a room at the Domestic Violence Service Center, a children’s corner at the Osterhout Free Library, an extension of the SPCA’s pet cemetery, the four acres. of land used to build the Wyoming Valley Children’s Service Center and the original dialysis. machines at Wilkes-Barre General Hospital. At JCC, they created the Rifkin Resource Room and endowed the Ben August three-mile run. Sandy and Arnold are the founders of the Hadassah medical organization in Israel.

In 1986, Sandy and Arnold received the Community Service Award from the B’nai Brith Lodge. Sandy is survived by the children, Kathy and Paul Lantz; Michael and Margery Rifkin; Jody Brusilow and her fiancÃ©, Jay Friedland; grandchildren, Laura and Randy Rongione; David and Kiera Lantz; Julie and Jason Diperstein; Darcy and Chris Buck; Adam and Janette Rifkin; Daniel Lantz and his fiancÃ©e, Rebecca McBride; GeneviÃ¨ve Brusilow; and Thatcher Brusilow; great-grandchildren, Brady and Jack Rongione; Holden and Samuel Diperstein; Avery Lantz; and Lincoln and Jackson Buck. Sandy is also survived by her brother and sister-in-law, Mimi and Lewis August; and several nieces and nephews.

The Rifkin family will be forever grateful to Sandy and Arnold’s wonderful caregivers for eight years, Carol and Cheryl Laughlin. Special thanks also to the excellent staff at Erwine Home Health and Hospice.

Funeral services will be held Monday at noon at Temple B’nai Brith Cemetery on South Main Street in Wilkes-Barre. The service will be available on Zoom: https://us06web.zoom.us/j/2445697344?pwd=ZGtHVFEyYlQ2TVVPVnh5NlMwWjlBUT09 (Meeting ID: 244 569 7344, Access Code: 4sXWJN)

Vaccinated friends are encouraged to call The Woodlands after the service.