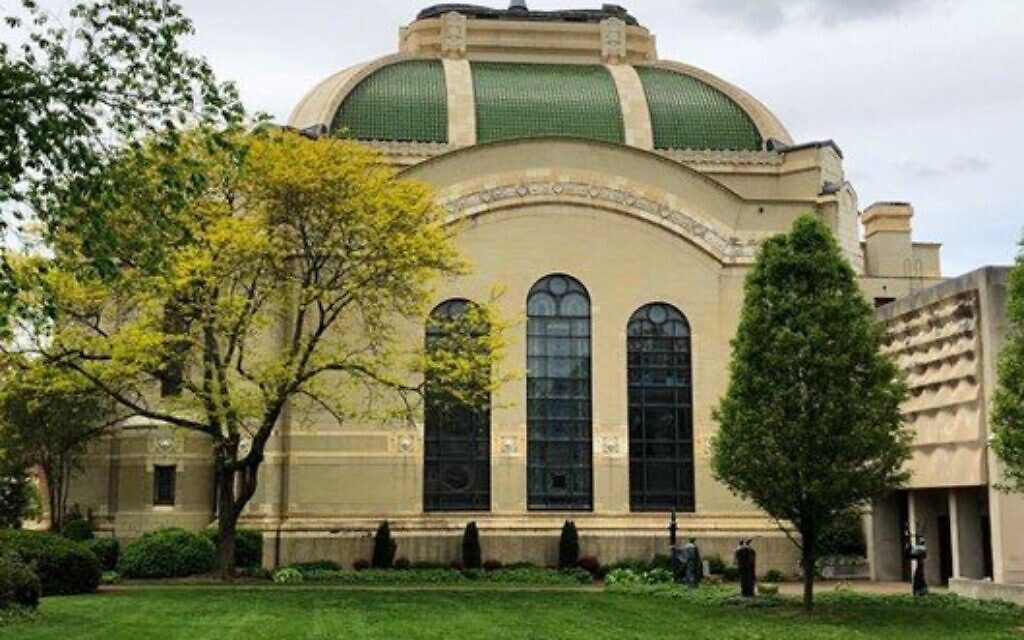 Rodef Shalom seeks to be classified as a historical monument

Matthew Falcone remembers the first time he saw the majestic stained glass shrine of the Rodef Shalom congregation in Shadyside.

Falcone moved to Pittsburgh about 12 years ago and, although he is familiar with the dark and often cramped synagogues of Europe – most of the most ornate synagogues were destroyed during World War II – his frame of reference for American synagogues was even less grandiose. .

â€œI had experienced the 1960s-style boxed synagogues in Northern Virginia – bland, very indescribable,â€ said Falcone, who is now chairman of the board of Rodef Shalom. â€œI had really never experienced anything like Rodef Shalom before. When I entered the shrine, I remember thinking, â€œOh my God! The Jews did this! It seemed totally revolutionary to me. I remember thinking, â€œIt’s so American, so modern, so open. ”

Falcone is now hoping that some documents with officials in Pittsburgh can ensure that future generations are just as blown away by the Reformed Congregation building on Fifth Avenue as he is.

Rodef Shalom, during his 165th birthday celebration this month, submitted a 70-page application on Nov. 9 to the City of Pittsburgh to seek designation as a City Historic Landmark. The designation, if approved by Pittsburgh City Council, would enshrine Rodef Shalom’s importance in the growth and fabric of Pittsburgh, and protect the site from ill-intentioned change or redevelopment.

Rodef Shalom, which is often referred to as the oldest and largest synagogue in western Pennsylvania, grew up by leaps and bounds for many years.

In 1847, 12 Jewish immigrants formed a funeral society to establish a Jewish cemetery on Troy Hill, according to the congregation’s historical designation records. The following year, the group began to meet in a hall rented for religious services as the Shaare Shamayim congregation.

In 1855, the members of Shaare Shamayim split and Rodef Shalom, or â€œthe pursuer of peaceâ€, was born. The first house of the German congregation was a rented hall on St. Clair Street in Allegheny in 1859. Shaare Shamayim merged with Rodef Shalom in 1860, when the latter congregation opened a day school and bought property on the eighth street in downtown Pittsburgh. When the building opened in 1862, it was the only synagogue in western Pennsylvania.

Rodef Shalom quickly established himself as a leader among some American congregations in the transition from Orthodox Judaism to Reform Judaism. In 1863, a majority of Rodef Shalom’s congregation voted to realign their practices with Reform Judaism: services were shortened, women were allowed to sit with men in the shrine, men were not required to wear kippahs or prayer shawls and an organ was introduced to accompany traditional chants.

In 1885, the congregation’s spiritual leader, Rabbi Lippman Mayer, organized a national convention of like-minded rabbis that led to the Pittsburgh Platform. â€œHe maintained that Judaism was a religion, not a nation; that the Bible was an ethical guide, not the infallible word of God; and that American Jews do not need to keep kosher, â€according to the application for historic monument designation. The Pittsburgh Platform guided Reform Judaism until 1937, when the movement adopted a different platform.

In 1907, Rodef Shalom opened his third building, which today has four components: a sanctuary designed by Henry Hornbostel in an eclectic style, with modern French and fine art influences; a religious education wing to the west; a large social hall wing to the north and east; and a smaller two-story ‘porte-cochere’ that stands on the back facade and was built about 20 years ago by The Design Alliance, at the temple’s request to the city.

The sanctuary, arguably the most breathtaking feature of the building, is centered on “a monumental auditorium of square plan … surmounted by a convex mansard roof, or square dome, in green tile with a central skylight”. When initially built in 1907, the shrine had an attached rear wing, which was used for Sunday school, social programs, administration, and other functions.

“Today”, according to the request, “virtually no recognizable trace of this wing remains, having been subsumed by later additions and multiple renovations.”

The Religious Education Wing, comprising the J. Leonard Levy Hall, was built in 1938. The Social Wing, which includes the Solomon B. Freehof Hall, was built between 1954 and 1956.

Since the 1970s, the Rodef Shalom building has been listed in the National Register of Historic Places. Cornell University alumni Jeff Slack and Angelique Bamberg who worked together on the historic designation request for several months, said the national designation is almost entirely honorary.
â€œIt’s at the local level that there are teeth,â€ Slack told The Chronicle.

Slack worked on Rodef Shalom’s architectural and design research, looking for â€œcharacteristic features that allow us to see and understand the importance of property,â€ he said. Bamberg focused more on the social and cultural history of the congregation.

The couple had previously worked together on the National Register of Historic Places application for the Western State Penitentiary in Pittsburgh. Bamberg also looked at Hornbostel’s architectural work in a study by B’nai Israel, a shuttered East Liberty congregation whose site is adaptively reused as housing. Hornbostel designed the epic rotunda of this building.

â€œFor me, it was a real privilege to be able to work on these projects back to back,â€ said Bamberg. â€œIt’s fun when you like your job. “

â€œIt’s really exciting for me to briefly step into someone else’s shoes and seeâ€¦ why these things are important to them,â€ Slack added. â€œI feel really lucky to be able to study these buildings and share what I find. “

The process from here for Slack and Bamberg’s candidacy is “fairly straightforward,” according to Sarah Quinn, historic preservation planner in the Pittsburgh Department of Planning.

The city’s Historical Review Board will consider the application, with a preliminary hearing likely in early December, Quinn said. It will then make a recommendation to Pittsburgh City Council based on two main factors: historical significance and the “integrity” of the building.

â€œSomething as simple as having vinyl siding – all of those kinds of things make up the integrity of the building,â€ Quinn said.

The City Planning Commission will also review the request and make a separate recommendation to Pittsburgh City Council. If city council deems the recommendations appropriate, it will issue a â€œcertificate of suitabilityâ€ or COA, which will dictate how the exterior of the building can be treated. The whole process could take several months.

â€œA lot of times it’s for the protection of the building,â€ Quinn said. “You cannot demolish a building [such as this] without the prior approval of the Historical Review Board.

“We are really hopeful and are delighted to do so,” said Falcone, Chairman of the Board of Rodef Shalom. â€œApparently we are the first Jewish place of worship to go through this process in Pittsburgh. “

Falcone said Rodef Shalom officials spent a lot of time explaining how the historic designation request “relates to our identity, to progressive Jewish values, and Reform Judaism in particular.”

â€œThe shrine is not only pretty – it has a direct link to the story of Rodef Shalom,â€ he added.

Rabbi Aaron Bisno, Chief Rabbi of Rodef Shalom, said the request for a historic monument designation “is a long overdue recognition of our importance in the city.”

â€œWhen I arrived in Pittsburgh 18 years ago, I knew the history of the congregation, the rabbis, the members and the good works of the congregation,â€ Bisno said. â€œBut one of the things I love most about our building is seeing people see it for the first time – our sanctuary, our holy spaces.

Justin Vellucci is a freelance writer living in Pittsburgh.