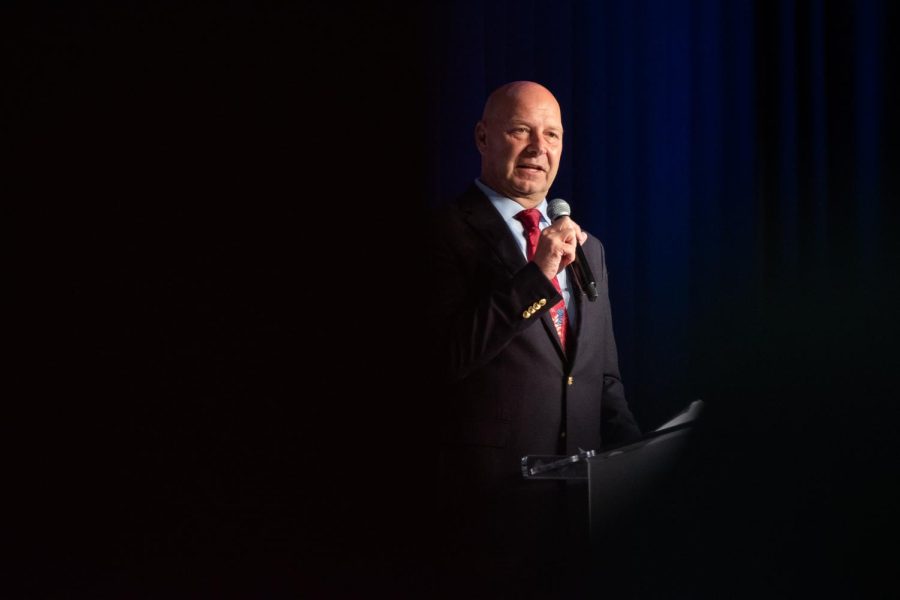 Doug Mastriano, the Republican candidate for governor of Pennsylvania, did not hesitate to christian nationalist beliefs. He was part of the January 6 insurrection group which prayed to keep former President Donald Trump in power, he wants a total ban on Abortion and believe that church and state should not be separated.

His opponent Josh Shapiro is a Jewish man who also used his faith to guide his Politics, however, he does not impose these beliefs on anyone. He frequently quotes the importance of Jewish ethics and talked a lot about going to a Jewish school when he was young.

During the election campaign, Mastriano called Shapiro’s Jewish Day School “privileged, exclusive [and] elite.” This language uses anti-Semitic dog whistles reminiscent of the tropes that the Jewish people”control” the world by secret means. This isn’t the first time Mastriano has used anti-Semitic language, and it looks like it won’t be the last. This kind of language is extremely dangerous. As hate crimes against Jews have resurrected and influential people continually spouting anti-Semitic slurs, it is more important than ever that candidates do not lean into this hatred.

This example is not the first time that Mastriano has been arrested for his anti-Semitism. The candidate has close ties with André Torba, the founder of far-right social media platform Gab, and even paid Torba $5,000 for “consultation” services. Gab is a platform plagued by anti-Semitic rhetoric. The shooter who killed 11 people in the Tree of Life Massacre in Pittsburgh, used Gab frequently and even posted on the site before committing the atrocity.

Torba himself called Shapiro the “Antichrista statement recalling common anti-Semitic tropes that Jews use Christian blood for sacrifices or are demonic. While Mastriano said he had cut ties with Torba and Gab, Torba donated $500, which the Mastriano campaign agreed to and declined to answer questions about. Mastriano seems to have only claimed that he severed ties with Torba because he was receiving criticism for his close contact with Gab and Torba. However, behind the scenes, it seems he still harbors the same ideology as Torba and is willing to accept help from this anti-Semitic lie-spreader.

During the election campaign and online, Mastriano frequently spread lies about George Soros, a Jewish billionaire often quoted in antisemitic conspiracy theories. He said Soros helped the Nazis during World War II. While not a direct attack on his opponent, this kind of disgusting anti-Semitic rhetoric that Mastriano recklessly spouts online and on the trail does real harm and stirs up hatred against Shapiro’s Jewish faith. This kind of language and the spread of very false and harmful anti-Semitic conspiracy theories creates an environment where anti-Semitism is tolerated by its base and weaponized against Shapiro.

When Mastriano is called out for using anti-Semitic tropes and microaggressions, he calls baseless criticism. When he called Shapiro’s Jewish day school elitist and was called out for it, he fired the criticisms of opponents of school choice making him pass for a “racist”. The microaggressions and coded language create an environment that encourages already anti-Semitic members of his base to spread hatred against Jews. While Mastriano’s hateful attacks are damaging to Shapiro, they are even more damaging to Jewish Pennsylvanians who fear his base will feel more comfortable spouting anti-Semitism like Mastriano. If Mastriano wins the governor’s seat, it could further embolden these anti-Semites if someone in power agrees with them.

This election is hugely important to ward off hateful people like Mastriano. Shapiro is a champion of religious freedom and he understands the extremism Mastriano would bring to Pennsylvania if he won. Like Shapiro Put the, Mastriano “woos white supremacists, racists and anti-Semites,” and with him in power, his base will continue to push the growing trend of anti-Semitism and white supremacy to even more terrifying heights. There have been 53 reported anti-Semitic incidents from 2020 to 22 according to the Anti-Defamation League – a number as terrifying as it is, but one that could potentially increase with Mastriano in power.

Hateful language and anti-Semitic microaggressions have no place in Pennsylvania, or anywhere else. The prospect of having Mastriano as governor as a Jewish woman in Pennsylvania is terrifying. I’m already constantly worried about my safety because of shocking hate crime statistics, and I shouldn’t have to worry about anti-Semitism from my representatives either.

Rachel Soloff writes primarily about the entertainment industry and the weakness of anti-Semites. Write to him at [email protected].

What is the position of Rishi Sunak, the new British Prime Minister, on Israeli and Jewish issues?