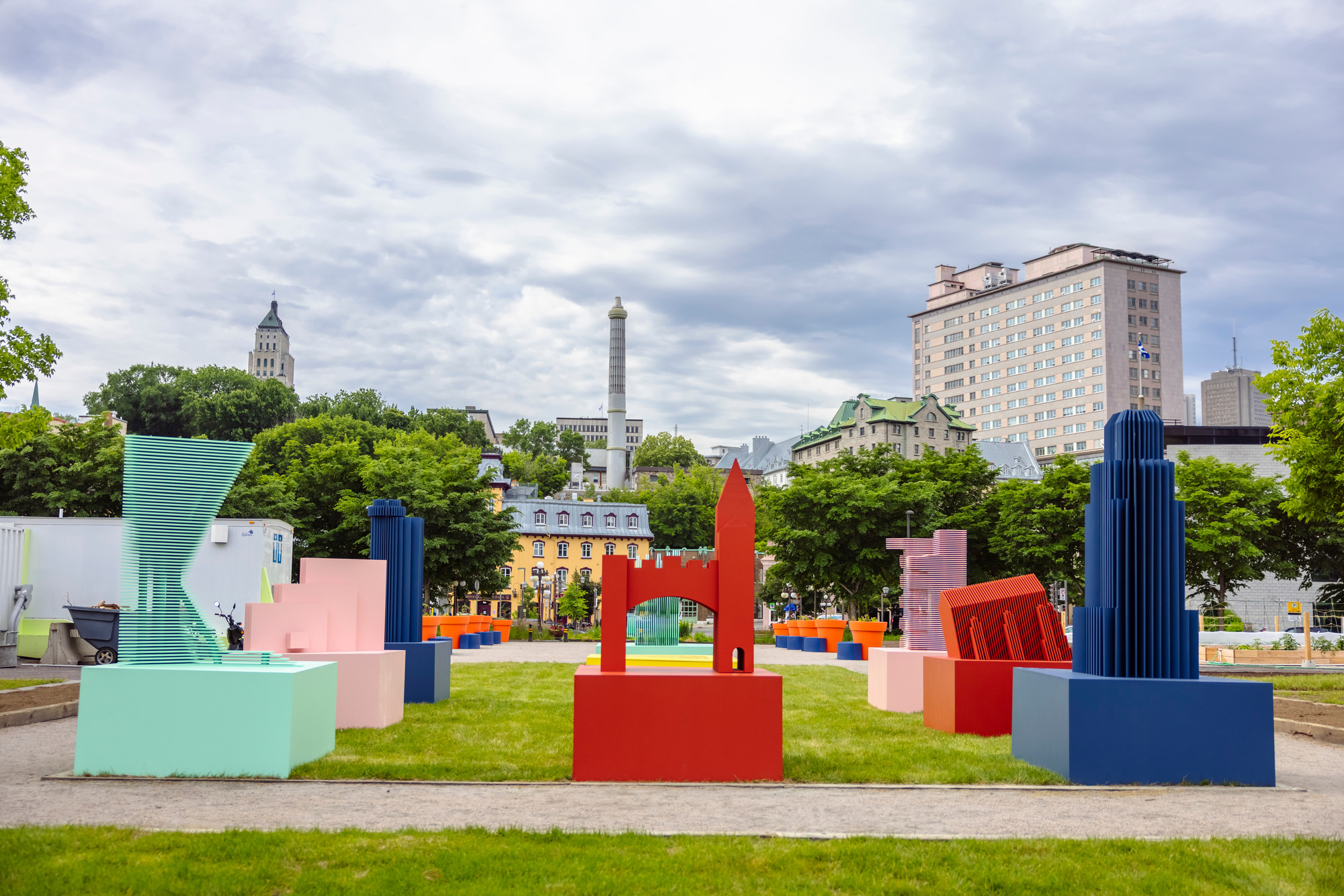 EXMURO artistic publics and the City of Quebec inaugurated the 8th annual artistic event PASSAGES INSOLITES, the annual artistic march of Quebec which presents more than 20 unusual urban interventions by local and international artists. The event will run from June 26 to October 11, 2021 and will focus on reimagining the urban fabric and transforming our vision of the city and its historic monuments. 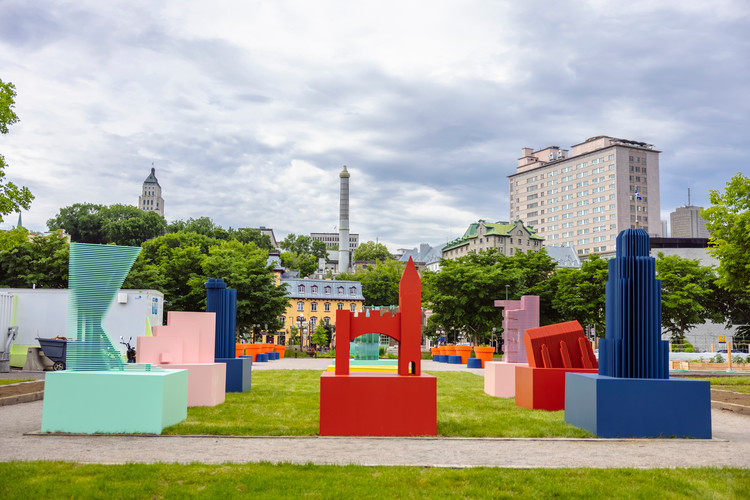 The main circuit will run from Place Royale to Saint-Roch, guided by a yellow line painted at the edge of the road. In addition to the overall theme of the event, which encourages people to reinvent urban routes, this year’s edition of the event highlights the landmarks of Quebec City, also challenging the way citizens perceive historic buildings. The interventions included work on the Hôtel du Parlement de Québec, the Grand Théâtre de Québec and the Citadelle de Québec.

In addition to interactive installations, contributions from the Museum of Bad Art (MOBA) and performing arts pop-ups, such as dancers, circus artists, musicians, theater performers and multidisciplinary artists, will be in attendance. throughout the event to “straddle the thin frontiers between reality and imagination.” The Espace 400e, a building designed to celebrate Quebec City’s 400th anniversary, will be transformed into a museum housing a unique collection of the best bad art in the world, a job “too bad to be ignored”. International contributors include artists from France, Germany and the United States, as well as artists from the OpenArt Biennale in Örebro, Sweden.

Public art exhibition in the streets of Quebec

Read on for some of the interventions and descriptions of the artists.

A strange specimen overlooks the Louise Basin. The inflatable installation reflects and magnifies the anatomical details of rotifers, microscopic creatures capable of drying out and being blown away to escape their predators. While traveling, rotifers take up DNA from neighboring species and recombine it with theirs, ensuring their survival. This exceptional, surrealist creature has much to teach us about the transformative virtues of adaptability and resilience in the face of adversity.

In a new utopian world where the car has become obsolete, a series of three parked cars are overturned, filled with dirt, and covered with a pristine lawn. It is the perfect site for an afternoon in the sun, or a picnic. Street parking is taken care of by a place where people live together in a playful way while greening the public space. The sight of cars being reused and reused in this way is also a compelling critique of consumerism and the climate emergency.

A mysterious village lies in the waters of the Louise Basin. Where is he from? Was it invaded by the rising waters or built for this purpose in these shallows? A plume of smoke, a ringing bell, small signs of life suggest that the village is still inhabited. Rising Waters is a serene painting of what may just be a peaceful, tidal wave life.

Station A is a payment kiosk that blends into the cityscape, with its familiar interface and pictograms, and the enticing promise of giving you something for free. But all attempts to operate the machine are strained. The instructions seem more and more absurd, until we realize the nature of the twisted lawsuit that the artist proposed to us. This interactive electroacoustic sculpture pokes fun at our ambiguous relationship to the automated equipment we now interact with wherever we go.

Susanna Hesselberg, (Malmö, Sweden), When my father died, it was as if a whole library had burned down, 2015

Barely visible on the horizon, a library sinks deep into the abyss of an underground well. The fascinating sight invites further exploration, but the wealth of knowledge and poetry we might fall into remains beyond reach. The title references Laurie Anderson’s song lyrics to evoke the all-consuming pain of losing a loved one. This buried library, similar to a tomb, reflects the mourning of an interrupted transmission, of knowledge now lost, irrevocably and forever.

A monumental house of cards with colorful illustrations stands in front of the Parliament. The work illustrates the precariousness of social balances and represents the duality of our precious institutions, both fragile and robust. Like Quebec’s social fabric, a house of cards requires great caution and constant vigilance. All it takes is a gust of wind or a sudden movement to topple everything we’ve worked so hard to build.

Aligned with the central entrance to the Saint-Roch church, this sculptural arch provides a passage to the church square, a central gathering place for the inhabitants of the district. The arch is covered with a high relief of papier-mâché rods. This work combines symbolic elements drawn from the humble and ornate spheres, while echoing the golden elements of the church whose floor it occupies.

With the aim of re-imagining the city and exploring its different urban perspectives, EXMURO arts publics, an NGO that organizes art projects in public spaces, creates this annual tradition for the Canadian city. The free artistic course is organized by Vincent Roy and presented by the City of Quebec.

Some clergymen see moral or spiritual imperative to get vaccinated