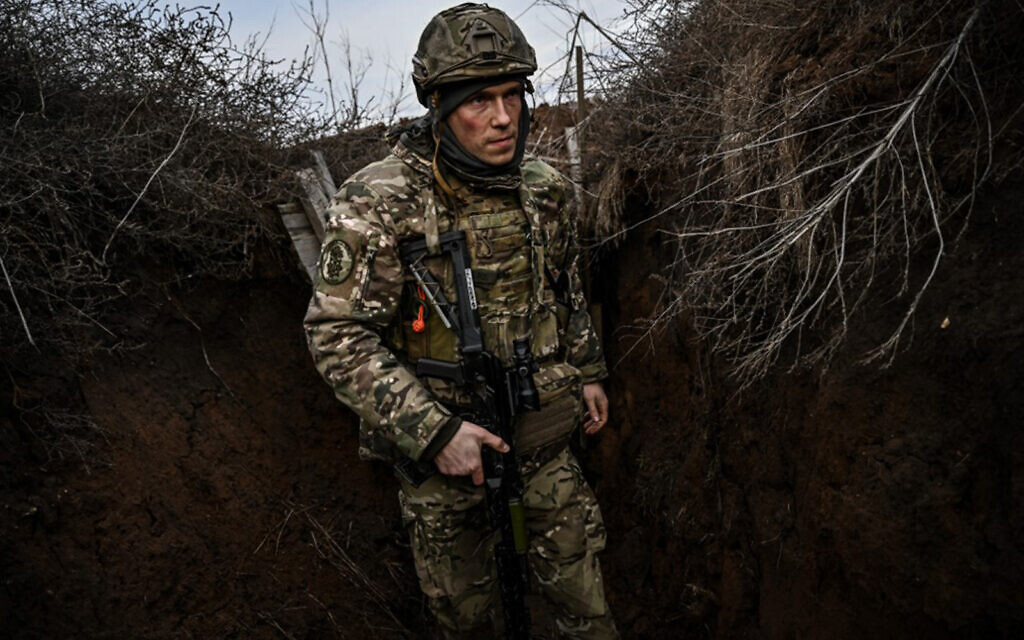 Russian President Vladimir Putin has said Western powers are using Moscow’s feud with Ukraine to threaten Russia’s own security and said he is considering recognizing the independence of two Russian-backed breakaway regions .

“The use of Ukraine as an instrument of confrontation with our country poses a serious, very big threat to us,” Putin said, adding that Moscow’s priority was “not confrontation, but security.”

Openly supporting the separatist regions of Donetsk and Luhansk in eastern Ukraine would effectively end an already fragile peace plan and greatly increase the likelihood of a full Russian invasion.

Moscow already seems to be laying the groundwork for such an operation by claiming – in the face of furious Ukrainian denials – that its forces intercepted and killed five Ukrainian saboteurs who had infiltrated Russian territory, and by accusing Ukraine of bombing a post frontier.

The claims undermine European leaders’ efforts to broker a diplomatic resolution by urging Putin to hold a summit with US President Joe Biden, although Russian Foreign Minister Sergei Lavrov said he would meet his US counterpart on Thursday.

Putin makes his statement as he opens a carefully curated meeting of Russia’s National Security Council with opening remarks made for television.

He says he no longer thinks a key 2015 plan agreed with France, Germany and Kiev would be able to resolve Ukraine’s separatist conflict.

“We understand that there is no prospect” for the implementation of the 2015 Minsk peace accords, reached in the Belarusian capital to end fighting between the Ukrainian army and pro-Moscow rebels in the east of the country, Putin told his security council.

US National Security Advisor Jake Sullivan told NBC News that a Russian invasion of its neighbor would be an “extremely violent” operation followed by a brutal occupation.

“It will be a war waged by Russia against the Ukrainian people to suppress them, to crush them, to harm them,” Sullivan said.