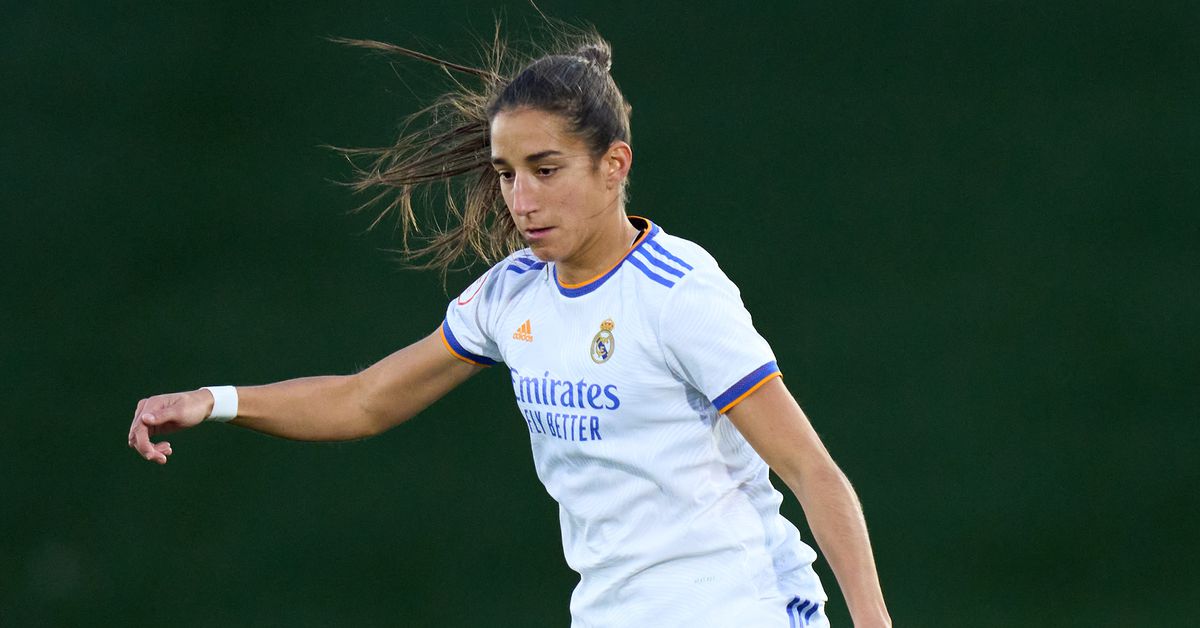 Both Real Madrid and Barcelona held press conferences ahead of their UEFA Women’s Champions League first leg match, which will be played at 4:00 p.m. EST on Tuesday.

I asked coach Alberto Toril and right-back Lucía Rodríguez a question. Here’s how they responded:

Q (Toril): A Clásico is always important for Real Madrid, as are Champions League matches. But the reality is that winning against Barcelona is very difficult. How important are these matches in your mind and how do you deal with them in relation to league goals? For example, key players like Maite, Kenti and Ivana didn’t play against Atleti but played against Barca in the next game.

Alberto Toril: That’s a good point you raise. It’s very complicated for us. We compete a lot every three days. We have to manage the minutes well and consider the possibilities and characteristics that each player can give us and how it fits with our opponent’s system.

We must always pay attention to the game in front of us while keeping in mind the game that comes later, because we cannot forget that our day to day is the league, because it will give us the ability to achieve our goals. [to qualify for the UWCL]. Being here at UWCL is a prize. We face the eight best teams in the world.

Q (Lucía): The Barcelona press is one of the hardest things to deal with. As a full-back, what are the things you think about and execute to keep the ball and progress in the game?

Lucía Rodríguez: The pressure exerted by Barcelona, ​​such as in counter-pressing or from a goal kick, is one of their greatest strengths. In my position, you have to try to solve the situation, combining and changing wings quickly so that they do not accumulate players to close spaces.

Here are Toril and Lucía’s other responses to questions from the press:

Toril: In Asllani’s case, she hasn’t had any regularity and has an injury that won’t allow her to be available tomorrow.

On how Madrid will come out to play this game

Lucía: We will go out with a lot of confidence. The sequence we are on has helped us a lot. We have a very good dynamic.

Toril: We enter the match with good dynamics and fantastic feelings. We have grown over time and have a good base. We face a good team with a good trajectory but it’s the Champions League. We are pleased.

It’s an elimination game not only for 90 minutes but for 180 minutes. We want to make them feel uncomfortable. We know they can score at any time. We’re going to have to be united to close down their paths of progression, which they use to generate goalscoring opportunities. Barcelona give them a lot of space behind their backs and that’s how we will hurt them.

On Madrid’s good form under Toril

Toril: We are on a good trajectory, we are improving and moving up the rankings. [Our UWCL qualification] depends on us now. We will face our next matches with a desire to achieve our goals. The UWCL game is huge. This is our first participation in the competition. It will be a day to enjoy and compete to the fullest.

Lucía: These matches motivate us a lot. Psychologically, it’s very easy to prepare because it’s the UWCL quarter-finals. It helps us to be more competitive and reach our maximum level.

On the importance of Claudia Zornoza

Toril: Zornoza brings a lot of variety to our game and interprets very well what the team needs at all times. His ability to generate situations to escape pressure helps us to progress. She takes on a lot of responsibility and is an important and decisive player.

On the challenge of dealing with the quality of Alexia Putellas

On Barcelona’s handling of firepower on the flanks

Lucía: We know that Barça are a very good team with great players. A lot of them are on the wing and have virtues there, but their game isn’t based solely on that. We have to know how to counter them and make ourselves strong in these situations to try to negate their strengths.

On Madrid’s performance against Barcelona in the last three matches

Toril: We are up against a good team. Every time we play it’s a chance to get closer to Barca. Over the last three matches, we have settled in well in our defensive block. In the first league game, we were able to come back in the second half on the scoreboard. In the Super Cup, we only lost the match at the end. In this last league match, we competed until 40 minutes.

Here’s what Barcelona manager Jonatan Giráldez and central midfielder Aitana Bonmatí had to say about the game, courtesy of Marc Andrés i Sanz:

Jonatan Giráldez: Zornoza is one of the most differential players. It influences our press, because it has the ability to receive behind our attackers. Still, in the league, Jenni, Aitana and Alexia put in great defensive performances.

Giráldez: Speaking of losses, there are few options to have a larger squad for the second leg.

Giráldez: The way we approach games, we know a lot of what happens is up to us. But we can’t begin to think the tie is done.

Giráldez: The results speak for themselves when you look at the change Madrid have made with Alberto Toril; we experienced it firsthand in the Super Cup. The preparation for this match requires a lot of effort on our part to know how to hurt them.

Giráldez: Irene Paredes, like the rest of the squad, is available. It is true that she is coming back from injury and you have to be aware of her participation in the match.

Giráldez: If you analyze the Super Cup game and the league game, in terms of the number of chances we were very equal, but in the league game we were able to score goals and force the rival to open up a bit more.

Aitana Bonmatí: The Clásicos are more special [than other games]. The goal tomorrow is to win and get a good result. And the long-term challenge must be to advance in the Champions League.

Giráldez: The fact that it’s a two-legged tie won’t change our approach. Nothing changes because our intention is to win the game. Playing a game this many times means changing a lot of things to be more unpredictable.