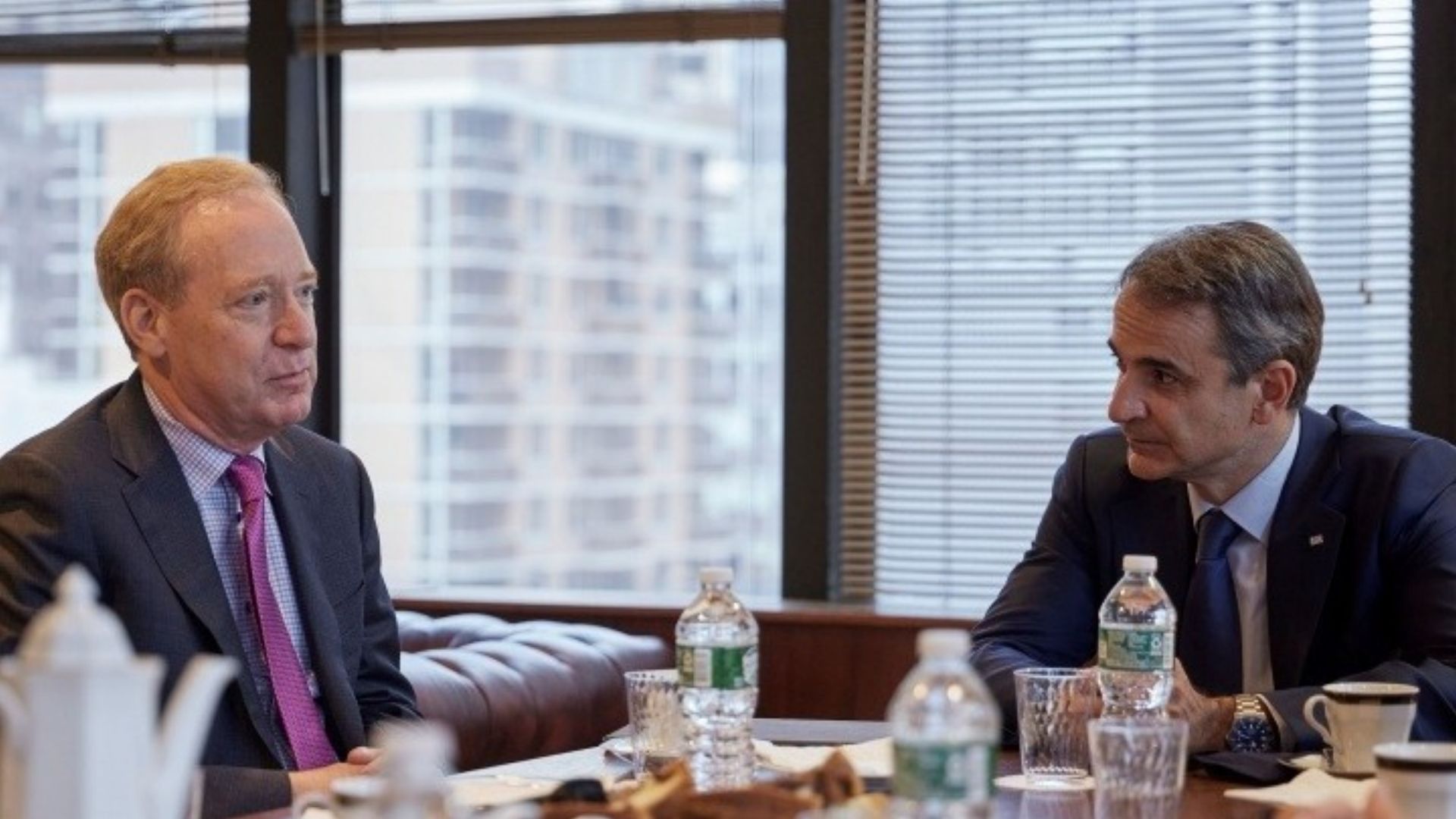 The two initially met at the World Economic Forum in Davos in January 2020 and discussed Microsoft’s idea of ​​a virtual walk through ancient Olympia, where visitors could use their cell phones to recreate a sensation. walk in the ancient walls of Antiquity. The project is ongoing and could be completed within the year.

They also discussed Microsoft’s investments for the data centers being installed in Attica. Physical work on the project will begin within the year, while the company’s Greek branch is hiring staff at a higher rate than any of its other offices around the world.

Mitsotakis met with the CEO of the American Jewish Committee, David Harris, and discussed the 3 + 1 collaboration that includes the United States. They discussed further collaboration in areas such as the environment and climate change.

During his meeting with the leader of the AIPAC (American Israel Public Affairs Committee), Betsy Korn, the Greek Prime Minister extended an invitation to her to visit Greece.

With all, he stressed that Greece is at the forefront of efforts to fight anti-Semitism and educate the younger generations on the barbarism of the Nazis, especially since the country holds the rotating presidency of the International Alliance for Holocaust Memorial (IHRA) since April.

Mitsotakis was to conclude the day with a dinner in his honor by Greek community organizations.

A meeting with a Wall Street Journal management team was added to the Greek prime minister’s schedule instead, it was added.

The Greek Orthodox Archdiocese of America tries to arrange a meeting with President Nicos Anastasiades after the latter canceled a meeting with Archbishop Elpidoforos because he attended an event where the Turkish Cypriot leader was also present.

According to the public television channel CyBC, the archdiocese would try to repair the barriers by trying to arrange a meeting in the coming days.

Anastasiades canceled a meeting with Elpidoforos, scheduled for Wednesday, citing a busy schedule, but credible reports said it was because the Archbishop attended the inauguration in New York on Monday of the Turkish House (Turkevi Center), by Turkish President Recep Tayyip Erdogan, in the presence of Turkish Cypriot leader Ersin Tatar.

Elpidoforos and Tatar are seen in a photo among people cutting a ribbon for the opening of the building that will house the Turkish Permanent Mission to the UN and the Turkish Consulate. UN Secretary General Antonio Guterres was also among them.

The Archbishop’s decision angered the Federation of American Cypriot Organizations which said in a statement that it was disappointing and provocative as it was “not in accordance with the interests, principles and values ​​of the Cypriot community Greek and Cyprus “.

what is the real story behind the movie?