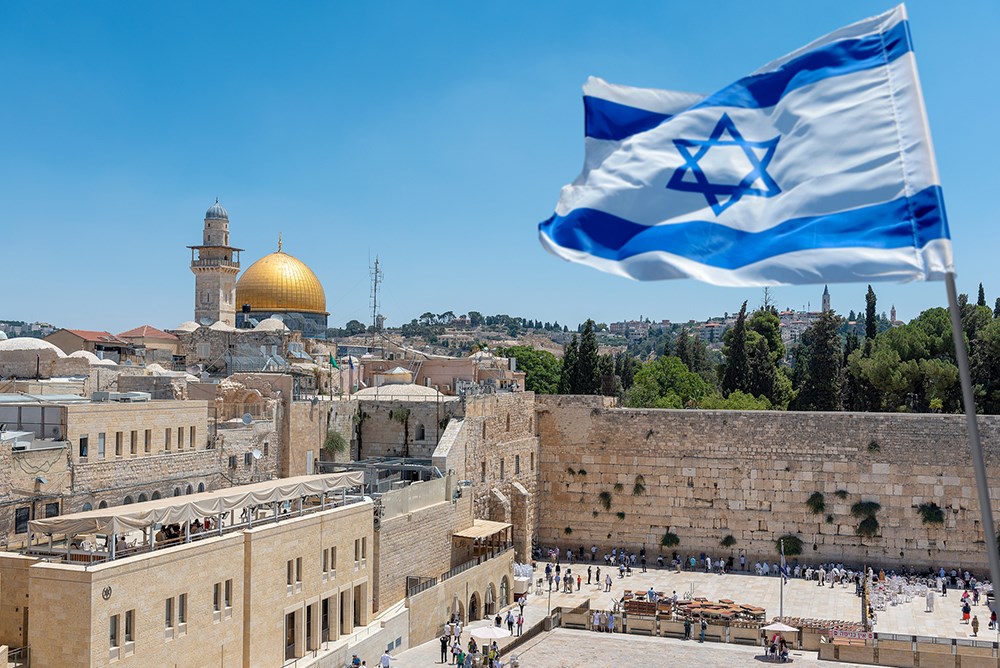 Opinion: the protest did more harm than good

In his recent editorial, “Opinion: Principled Acts Take Courage,” Gerry Chidiac praised the actions of workers at the Port of Prince Rupert last month, who refused to unload cargo from a vessel owned by a company. Israeli company.

In his recent editorial, “Opinion: Principled Acts Take Courage,” Gerry Chidiac praised the actions of workers at the Port of Prince Rupert last month, who refused to unload cargo from a vessel owned by a company. Israeli company.

Chidiac writes that the actions were part of a larger movement called Block the Boat, which “seeks to draw attention to the injustices suffered by Palestinians by preventing Israeli ships, often carrying weapons, from docking in ports. of the whole world “.

It is deeply disappointing to see anyone, especially a high school teacher like Chidiac, promoting this “protest” movement. There are two reasons to oppose these protests, both for ideological and practical reasons.

First, while Chidiac compares these protesters to those defending Indigenous Canadians and black South Africans under apartheid, the comparison is ludicrous.

Despite repeated attempts to portray Israel as some sort of colonialist enterprise in the Middle East, anyone with any knowledge of the region knows full well that Israel did not appear out of nowhere in 1948. The Jewish people lived in its historic homeland for over 3,000 years, and continue to speak the same language and follow the same precepts as their ancestors thousands of years ago. It is not an opinion; it is a fact, supported by large amounts of archaeological and other data.

Although it was occupied for thousands of years by a parade of foreigners, including Romans, Greeks, Arabs, Turks and British, the Jewish people of Israel finally shook off the shackles of l occupation and Israel, the independent Jewish state, was reborn in 1948 Today, more than two million Israeli citizens are Arabs, who enjoy full civil rights in all areas, including government, where a party Israeli Arab is part of the governing coalition. As such, when Chidiac compares Israel to apartheid South Africa, it is more than just misinformation; it is defamatory.

It is contrary to the very concept of justice to support a cause that treats the Jews, a small, vulnerable group of people who have endured literally millennia of oppression and occupation in their own homeland, as illegal occupiers.

But there is more than just an ideological problem with these protests; there is also a practice. Blocking a ship owned by an Israeli company in northern British Columbia – or anywhere else, for that matter – has absolutely no material benefit for anyone, let alone the Palestinians. If it is true that economic and other pressures have had a material advantage in ending apartheid in South Africa, it is because black South Africans have not taken advantage of the country’s economy.

Conversely, in Israel, because the country’s Arab population is fully integrated into all sectors of the economy, attempting to harm the economy of the Jewish state – which luckily did not cause any harm – ultimately helps. nobody at all.

For example, the Israeli company SodaStream, which previously housed a factory in Judea and Samaria – commonly known as the West Bank – closed the factory in part because of international pressure in 2016. And while the boycotters of Israel celebrated the news , there was one. a large group that did not – the 500 Palestinians – and their families – who were employed at the factory, all of whom lost their jobs as a result.

When a protest movement creates no benefit – and in fact only harms – the very people it seeks to help, then it is time for protesters and their supporters like Chidiac, who should be wondering exactly what which pushes them to boycott a liberal, diverse and open society like Israel. It takes some privilege from those thousands of miles here in Canada to ask the Palestinians to suffer a boycott of Israel.

The boycott of Israel, whether by blocking Israeli ships in British Columbia, or any other action, is not only based on a blatant lie – and easily refuted, but it produces absolutely no benefit for the Palestinians either. The only solution to the conflict between the Palestinians and Israel is to deepen and broaden dialogue and cooperation, not to end it. There are two peoples living on a small strip of land in the Middle East, and neither are going anywhere. It is time for the workers protesting in Prince Rupert and their supporters to recognize this fact. Otherwise, their efforts will continue to be a total waste of time.

As people come out of COVID hibernation, how are stores changing their approach?