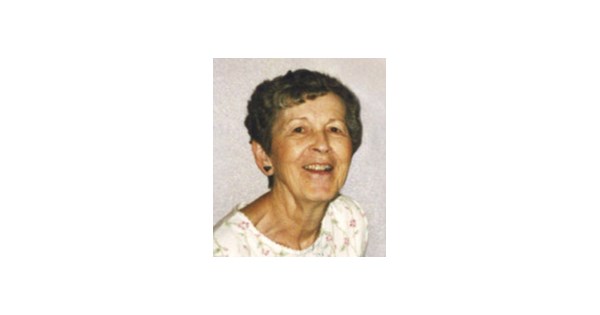 Reva Doty
Born: May 30, 1930
Passed away: July 10, 2021
Reva Doty, of Savanna, IL, passed away on Saturday July 10 at the Big Meadows Nursing Home in Savanna. Reva’s funeral service will be held on Saturday, October 9 at 10 a.m. at the Savanna Township Cemetery. A celebration of her life will follow at Manny’s Pizza in Savanna from 11:30 p.m. to 1:30 p.m.
Reva was born on May 30, 1930, daughter of Rex and Vera (Roderick) Rahn. She grew up outside of Lanark on the family farm where the Rahns raised dairy cows and grew vegetables for Green Giant. Reva attended Lanark schools and graduated from Lanark High School in 1948. Shortly after high school, Reva met John Miller. The couple quickly became close and married in September 1950. Reva and John moved to Savanna to raise a family and operate the Oak Park Grocery Store. They had three children and celebrated 10 years of marriage until John died in 1960. Reva continued to run the Oak Park Grocery store with the help of John’s sister, Jane Smith. In 1962, Reva married Wayne “Half Pint” Doty. The couple had one child (a combined family of 5 children in total) and celebrated 39 years of marriage until Wayne died in 2001.
Reva had a faith for life, which she expressed through her many acts of service to her community. She was a member of the First Presbyterian Church in Savanna for many years. While a member, she joined the Presbyterian Woman and contributed to their various projects. Later in her life, Reva joined the Hickory Grove Methodist Church in Wacker, IL. She was an active member of the United Methodist Woman (UMW) and received special mission recognition. Outside of the church, Reva has volunteered in several ways. She was a member of the Junior Woman’s Club of Savanna, Future Homemakers of America, Junior Chamber of Commerce, and Farm Bureau Woman. She has volunteered at the Pantry, Thrift Store, Savannah Museum, and Pitter Patter Pantry.
At the center of Reva’s life was her family. She was a strong and caring mother, who supported her children in everything and made them want nothing. By her example, she taught her children the virtues of hard work and dedication. Reva has always been a mother first throughout her life.
Reva will be sadly missed by her five children, Ann Zink of Mount Carroll, IL, Wendy (Gary) Harkness of Douglas, WY, David (Carol) Miller of Preston, IA, and Ned Doty of Savanna, IL; one stepdaughter, Valerie Doty of Plano, TX; five grandchildren, John (Carisa) Zink of Reno, NV, Alicia Malcomson of Douglas, WY, Jamie Townsend of Douglas, WY, Morgan (Matt Richardson) Miller of Des Moines, IA, and Mallory (Zach) Cameron of Tulia, TX; and nine great-grandchildren, Kohlton Harkness, Kenyion Townsend, Kamdynn Townsend, Knox Egner, Jaden Malcomson, Tru Malcomson, John Zink Jr, Thomas Cameron and Tanner Cameron. Reva is predeceased by her husbands, John Miller and Wayne Doty; his brother, Roderick Rahn; and his parents, Rex and Vera.