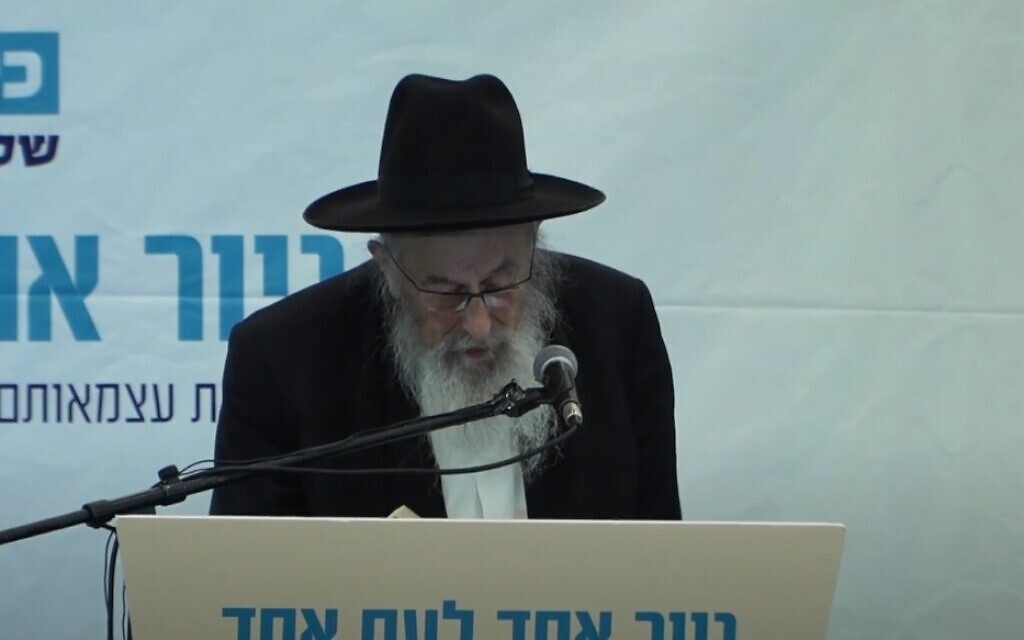 Rabbi Yuval Cherlow, director of the Tzohar Center for Jewish Ethics of the Tzohar Rabbinical Organization; Rabbi David Stav, Chief Rabbi of Shoham and President of Tzohar; and his son, Rabbi Avraham Stav, all said Wednesday that the charges against Tau should be fully investigated.

“Rabbi Tau’s case must be considered,” wrote Cherlow in a Facebook post (Hebrew)adding that “it is forbidden to take a position in advance [of an investigation]it is forbidden to use a case that has not been investigated for other agendas – there is no other way but to examine the allegations.

Cherlow wrote that he spoke with several women who made sexual abuse allegations against Tau. “Women who claim to have been hurt have the right to have their voices heard,” he wrote, adding that Tau “also has the right to clear her name.”

Tau, 85, is the head of the influential Har Hamor yeshiva in Jerusalem and the spiritual leader of the ultra-conservative Noam political faction, which contested last week’s elections with the far-right Zionism party. religious. Noam’s main platform is opposition to LGBT rights and the “destruction of the family”.

Ahead of the elections, Likud Chairman Benjamin Netanyahu met personally Tau to convince Noam to run on a joint ticket with Religious Zionism, as the former prime minister feared right-wing votes would be thrown out if the party ran independently and failed to cross the electoral threshold.

In August, a woman named Nechama Te’ena posted a Facebook post alleging that 30 years ago, when she was 8, Tau committed “ongoing” sexual assaults against her. Te’ena wrote that when she attempted to confront Tau, he yelled at her.

“It’s hard to believe something like this, almost impossible,” she wrote. “But this man, who has so much power and so many followers, assaulted me, and I’m sure I’m not the only one.” In recent weeks, Te’ena has staged small protests outside the Knesset accusing Tau of raping her and others and asking why Israeli police refused to investigate.

In her August post, Te’ena claimed that she went to the police and the media, but that Tau’s associates managed to cover up the story. His accusations were largely ignored by the mainstream media until this week, when several prominent rabbis publicly called for the allegations against Tau to be investigated.

In an interview with 103FM radio on Wednesday, David Stav said he spoke with at least one of Tau’s accusers and believes an investigation should be conducted. 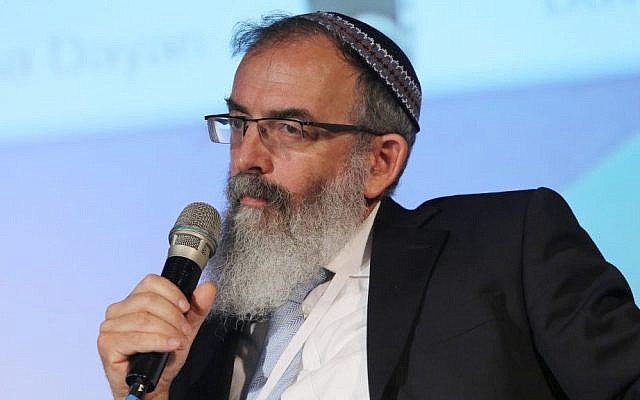 The chief rabbi added that Tau and his associates should actively cooperate with such an investigation if they seek to clear his name: “Everyone connected to the rabbi should want the truth out.”

Stav also dismissed claims by Tau associates that Te’ena is not a reliable witness because she struggles with mental health issues – noting that even if this was the case, this does not invalidate nothing of the need to investigate the allegations.

His son Avraham Stav, himself a prominent Tzohar-associated rabbi who teaches at the highly regarded Har Etzion yeshiva, said Wednesday he has also spoken with several women who have accused Tau of sexual assault.

“The entirety of the claims and evidence seems very believable and creates a strong impression that there is good reason to suspect,” the junior said. Stav tweeted (Hebrew) Wednesday.

He added that even if there was only one complainant, the complaint should be investigated, “but the backlog of complaints greatly increases the likelihood that there are things that don’t happen. will not – make a full investigation an urgent duty”.

Tau has on several occasions publicly defended figures accused, even convicted, of sexual assault and rape. In 2011 he signed a letter supporting convicted rapist and former president Moshe Katsav, and last year he publicly criticized Rabbi Shmuel Eliyahu, the chief rabbi of Safed, for prosecuting several allegations of sexual abuse against author Chaim Walder, saying the charges were “a bluff” and that no such crime had been committed.

I joined The Times of Israel after many years covering US and Israeli politics for the Israeli media.

I believe responsible coverage of Israeli politicians means presenting a 360-degree view of their words and deeds – not only conveying what is happening, but also what it means in the broader context of Israeli society and the region.

It’s hard to do because you can rarely take politicians at face value – you have to go the extra mile to present full context and try to overcome your own biases.

I’m proud of our work that tells the story of Israeli politics straight and complete. I believe that Israel is stronger and more democratic when professional journalists do this difficult job well.

Your support for our work by joining The Times of Israel community helps ensure that we can continue to do so.