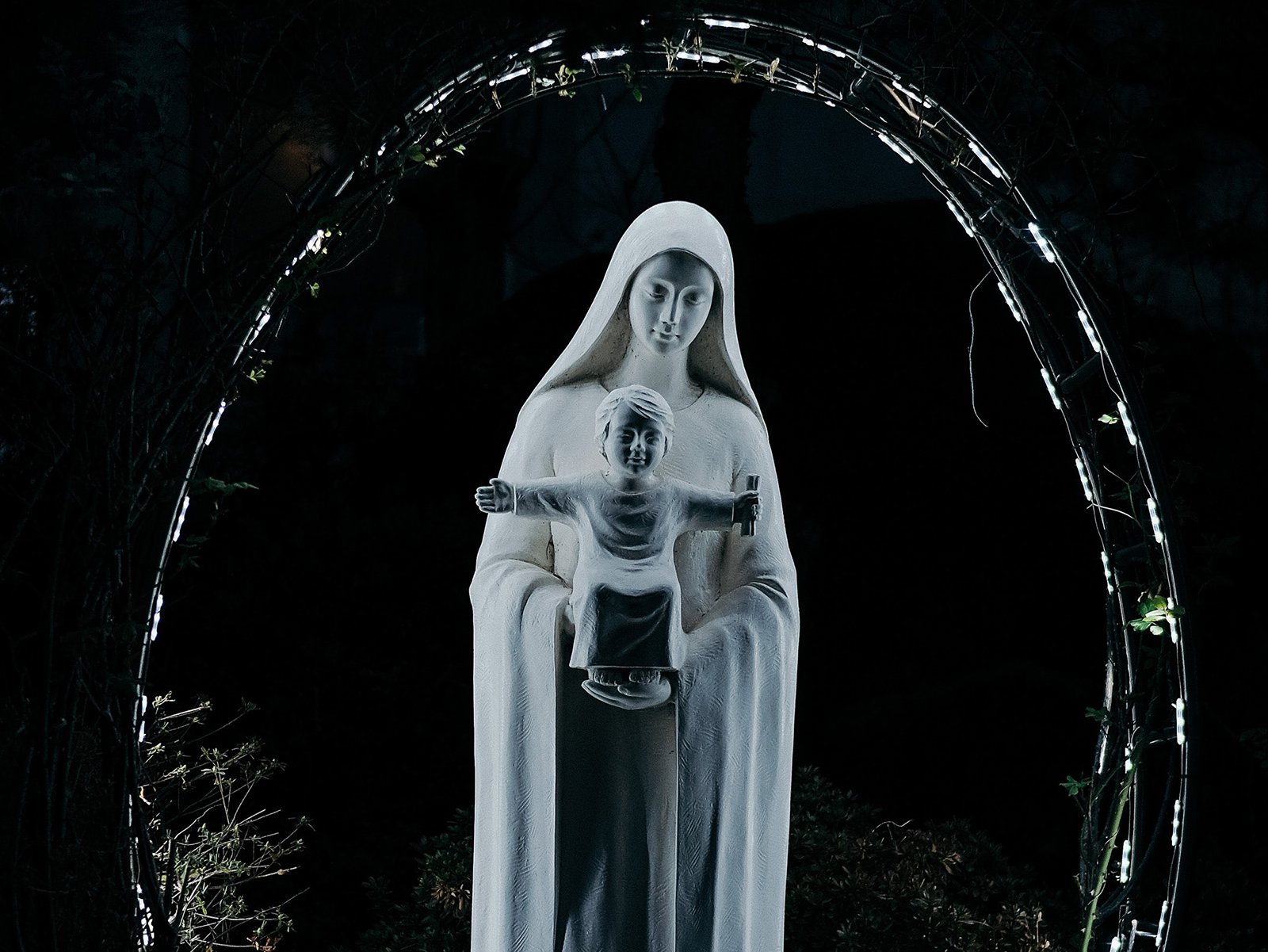 (RNS) – Relations between Muslims and Christians are strained around the world, in the United States and even in Congress. But at Christmas, the two faith communities whose combined size represents more than half of humanity can turn to their shared love for one figure to inspire them to love each other: Mary, the mother of Jesus.

Mary is more than the only woman named in the Koran; she has an entire chapter bearing her name. It is mentioned more times in the Muslim scriptures, in fact, than in the New Testament. She is praised by God in the Koran as “chosen from among all the women of the world”, “a sign for humanity” and as “a model” of piety, purity and patience.

Over the centuries, from ancient works of art from the Middle East, South Asia and the Far East to contemporary Iranian film “Saint Mary”, Muslims lovingly captured the mother of Jesus. We reflect on how we can be inspired by her – as a devotee of the Lord, as a woman, as a single mother, and as a role model for all Muslims, men and women.

Christians and Muslims have revered and continue to revere Mother Mary, standing side by side as pilgrims and worshipers, in sites around the world, from Syria and Lebanon to Israel and the Philippines.

RELATED: Mary, mother of Jesus, returns as an icon for pop stars and social justice warriors

Over the past few months, I have heard how the Blessed Mother has inspired spiritual awakening among Catholic professionals, brought peace to struggling single Muslim mothers, inspired dialogue between Jews and Christians living in a vacuum, offered comfort to agnostics in search of meaning and help A Muslim convert to Christianity explains to his concerned priest that loving both Islam and Christianity is what Jesus would do.

Hearing about Muslims’ love for Mary, Islamophobes and Islamophiles discover that they are bound by respect for the mother of Jesus and grateful to her for bringing them together.

The healing power of Mother Mary is the beacon of hope and light that we need at this time.

Anti-Muslim sentiments are maintained at an alarming rate by Christians. Two decades after September 11, 75% white evangelical Protestants and 58% of white American Catholics believe that Islamic values â€‹â€‹are at odds with American values, according to the Public Religion Research Institute.

Half of Americans further believe that violence, rather than peace, is encouraged by Islam, a faith practiced by 1 in 4 people worldwide. (In the months following September 11, only one trimester of Americans believed this myth.)

Yet for two decades Muslims in America have been the victims of hatred and violence, not their perpetrators. Since 2010, FBI hate crime data shows Muslims the second most common group target of religious hatred in America (after the Jews).

Over the past few weeks and months, Islamophobic rhetoric has translated into prejudice or violence against Muslims across the country, as well as the emergence of allies and calls for redress (for example, in Florida, New Jersey, Illinois, California, New Mexico, Washington). Children are not spared. the Muslim American Survey 2020 reveals that 55% of students in public schools in Kindergarten to Grade 12 experience religious bullying – 30% of the time by teachers or school officials.

Muslims on campus don’t fare much better. A recent report the review of Islamophobia in California universities and colleges found that almost 40% of Muslim students report racial discrimination or harassment, including from faculty (34%), peers (54%) and student services (23%). More than one in five Muslim students have been refuse housing.

The shelter is also not at work. the Reports of the Equal Employment Opportunities Commission that Muslims made up 20-28% of religious discrimination workplace complaints each year between 2002 and 2017, despite making up only 1% of the US population.

Research shows a promising way out of this situation. A national longitudinal to study Gen Z students in the United States found that young people developed mutual understanding by breaking bread together, visiting each other’s places of worship, attending vigils and other informal gatherings together and volunteering side by side for common causes such as eradicating homelessness and poverty.

Mary, mother of Jesus the Messiah, who is supported in the Bible and the Koran as a humble servant of God righteous to be imitated, can be our guide to find shared values â€‹â€‹such as compassion, generosity and care for the poor and to the weak.

RELATED: What to give to your Jewish neighbors for Christmas

Two millennia after giving birth to Jesus, Mother Mary has the power to unite Muslims and Christians who distrust each other. Lady Maryam (as she is called in the Quran) is a symbol that can help us replace hardened hearts and burdened souls with peace, love and understanding.

Nothing about interfaith harmony detracts from our commitment to our respective beliefs. Going beyond the difference lines, we take a page of the Global Evangelical Alliance, The Vatican, the Ismaili Imamate, the Muslim World League and the World Jewish Congress, each of which has supported interreligious dialogue to promote peace and respect in the world.

At Christmas, and throughout the year, may each of us find fellowship by listening deeply and connecting spiritually. May each of us replace fear with hope and recognize that â€œthe Otherâ€ is not a bogeyman to be feared, but a blessing to be learned and cherished. Let Mother Mary guide us in this process.

(Zahra N. Jamal is associate director of Boniuk Institute for Religious Tolerance at Rice University and CEO and Founder of The Inclusion Expert, a culture and diversity consultancy. The opinions expressed in this commentary do not necessarily reflect those of Religion News Service.)