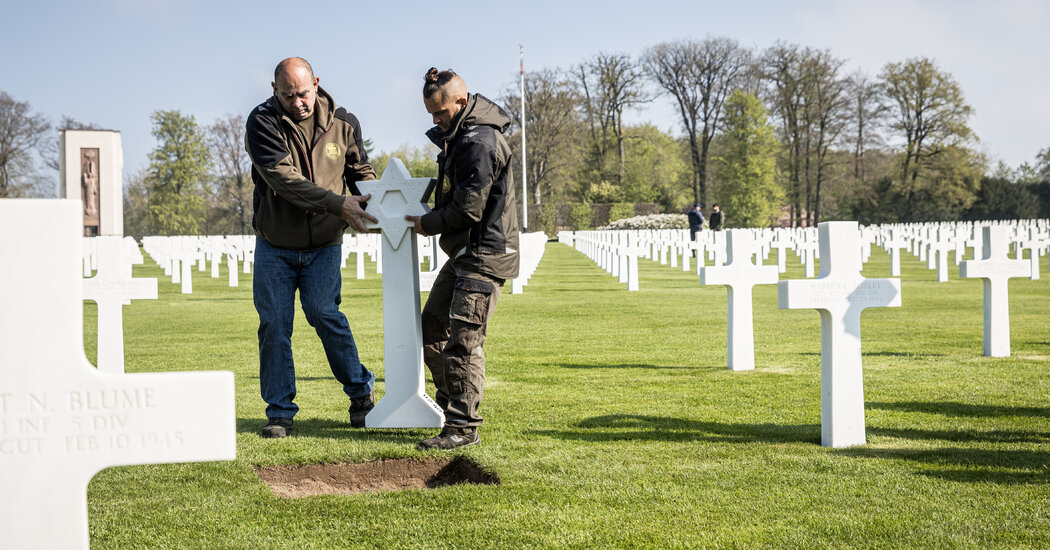 “The Jewish soldiers were very concerned that if they were captured and had their nameplates marked them as Jews, they would receive different treatment than the Germans in particular,” said Ben Brands, a historian at the commission. “A decent number of Jewish soldiers hid their Judaism not only from the enemy, but also by keeping it out of their official records, and official records are what the military had to do if they were killed.”

Some soldiers also feared the anti-Semitism they might face from other American soldiers.

Barbara Belmont, 80, a retired Virginia executive, was three years old when her father, Albert, was killed in action. His dog tags identified him as a Christian. Mr. Belmont’s brother later told his niece that his brother had wanted to “feel like one of the guys”, she said.

“There was a lot of anti-Semitism and he didn’t want to be ‘that Jewish soldier’ ​​or anything,” she said. “He just wanted to be one of the soldiers.”

Ms. Belmont had spent her life trying to find out more about her father, a photographer who had moved his family from New York to Kansas City shortly before the war. Her mother remarried and rarely spoke of her first husband, in part because of social norms at the time surrounding grief, Ms Belmont said.

The therapeutic approach to trauma and loss that is common today did not exist for a widow and her young children in the 1940s. Ms. Belmont did not even meet relatives on the paternal side of the family until the 1990s, when she first visited his grave and saw the cross there.

Ms Belmont, who also attended a rededication ceremony last month at the Lorraine American Cemetery in France, said it felt like meeting her father for the first time and saying goodbye. “I felt like I went to my father’s funeral,” she said. “It was the greatest gift you could have given me.”