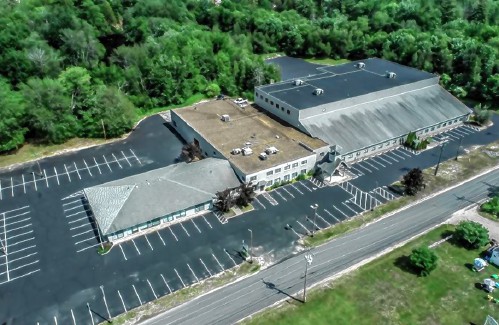 Lionheart Academy, a public charter school that received a $1.5 million grant, using a curriculum developed by a Christian school

In 2019, state lawmakers decided to agree to $46 million to double the number of NH charter schools. The funding proved controversial as Republicans saw the money as a way to expand education options for families, while Democrats argued that increasing the number of charter schools would divert funds traditional public schools.

The charter school grant program launched in 2021, and the largest awards to date — all over $1 million — go to new start-up charter schools. Among them is Peterborough’s Lionheart Classical Academy, which uses a curriculum developed by a Christian school that “recognizes the central role of religious instruction in liberal arts education.”

The school, which was started by a group of residents known as the Monadnock Freedom to Learn Coalition, is in partnership with Hillsdale College’s Barney Charter School Initiative, which launches charter schools nationwide that teach the classical education. Lionheart will use a K-12 curriculum developed by Hillsdale College, a non-denominational conservative Christian school.

Lionheart executive director Kerry Bedard said the new public charter school will not utilize religious or denominational aspects of the curriculum. Instead, it will focus on classical education, which emphasizes virtue and moral character, according to the Hillsdale website, and includes the study of liberal arts and sciences, fine arts and Latin.

“Local families are looking for a tuition-free option that offers strong academics and emphasizes virtues,” Bedard said. “We hear from parents that they want their children to work hard and that education is important. But what drives their interest in Lionheart are the virtues we teach like courage, responsibility, humility, and perseverance, among others.

The school received a seed grant of $1,500,000 and is expected to open in the fall as a K-5 school with plans to add a grade each year, eventually becoming a K-12 school in by 2029. The school plans to teach mainstream education and has an expected enrollment of 150 students from public schools, home schools and private schools.

“We are very grateful,” Bedard said in an email response to questions. “We know that finances are one of the most complex and challenging aspects of opening and operating a public charter school. We therefore recognize that this grant is essential in providing the resources needed to get off to a strong start and enable long-term success. The NH DOE grant application process is extensive and competitive, so we were thrilled when we heard the news.

A proposed charter school’s curriculum is reviewed by the New Hampshire Department of Education and the Board of Education before it can be approved.

At the New Hampshire Board of Education meeting in November, Lionheart Chairman Barry Tanner said Hillsdale College would not be involved in governance, funding, or influence over the board. school other than providing the curriculum. Bedard says the school will follow the Hillsdale curriculum as closely as possible.

Part of Hillsdale College’s K-12 framework is the 1776 curriculum, covering American history from the colonies to the Civil War with an emphasis on the founders, which the college released in 2021 in response to The New York Times’ 1619 Project, which reframes American history with a focus on the role of slavery in shaping the country into what it is today.

Other startups that have received funding from the charter school grant program include Heartwood Public Charter School in Jefferson, which emphasizes place-based and nature-based education, Gathering Waters Charter School in Keene and Northeastern Woodland Charter School in Conway, both of which offer Waldorf and Spark education. Academy of Advanced Technologies in Manchester, which provides technical training for high school students.

In Manchester, Founders Academy and MicroSociety Charter School both received expansion grants of around $600,000, and CSI Charter School in Penacook received a replication grant of $339,552 to open a second school in Manchester. southwestern New Hampshire.

With the first cycle of the charter school grant program complete, the state hopes to launch another application process in late summer or early fall, and two more over the next two years, a said Nate Greene, administrator of the Bureau of Educational Opportunities at the NH Department of Education. The state currently has 31 approved public charter schools, old and new, serving a total of 4,938 students.

The goal of the NH Department of Education is to allocate seed grants to establish 20 additional new public charter schools in Granite State over a five-year period. There is no target goal for the total number of charter schools in New Hampshire, and Greene said the number will likely always be in flux, as many charter schools tend to close or change. direction during the first years of existence, even if others are starting. . Some proposed schools decide during their planning phase that it is ultimately not possible to open a school.

“The charter school requirement allows communities to create schools with more flexibility in the kinds of innovations they can apply, but that doesn’t mean they’ll be successful,” Greene said. “I think a lot of it depends on the local needs of the community where a group is looking to start a charter school.”

Non-profit organizations, teacher or parent groups may apply to establish a charter school, either by seeking local permission from an existing school district or by seeking Board of Education approval. of State. The charter school division reviews applications, as does a legal team and then a peer review committee, made up of charter school founders, trustees, or board members. Each party looks to see if the application meets the state’s criteria of a clear and meaningful mission, research-based program, and measurable goals, before going to the State Board of Education for approval or rejection. .