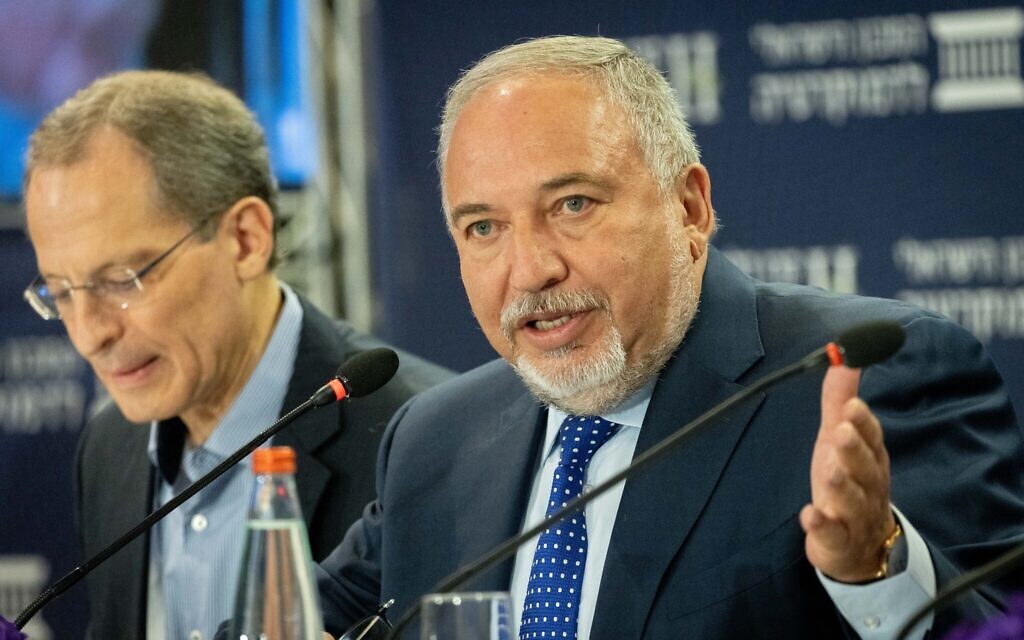 Finance Minister Avigdor Liberman on Wednesday announced plans to introduce new conditions for receiving child care subsidies for children up to age 3, effectively ending them for some 21,000 children whose fathers are students full time in the yeshiva.

Liberman said the grants will only be awarded if both parents of the child work at least 24 hours a week. Currently, only mothers need to meet this requirement for a family to receive the monthly grant of NIS 1,000 ($ 305), with fathers being exempt if they are involved in studies.

The change is expected to end subsidies for around 18,000 households in which fathers study Torah full-time and will take effect at the start of the new school year in September.

Families whose father does not work at least 24 hours a week but is engaged in academic or professional studies will still be eligible for the grants, which will end for yeshiva students only.

In total, child care subsidies are estimated to cost the state NIS 1.2 billion per year, of which about a third goes to families whose fathers study in a religious seminary.

“Today, I have decided to end the current distortion in the State of Israel in which the hardworking public has been discriminated against,” said Liberman, who heads the secular right-wing Yisrael Beytenu party.

He added, “I will continue to take actions that remove the disincentives to join the workforce and seek out the public who work, pay taxes, serve in the military and do reserve duties. “

Illustration: Teachers clean a classroom in a daycare center in Modiin on May 7, 2020 (Yossi Zeliger / Flash90)

The move was denounced by opposition Haredi lawmakers, Shas party leader Aryeh Deri, calling the step “destructive and wicked” and designed “to hurt families with many children simply because they are Haredi. “.

“[Prime Minister Naftali] Bennett and [Justice Minister Gideon] Saar, who promised to “watch out for the ultra-Orthodox,” formed a government of hatred, “Deri accused.

The leader of Unified Torah Judaism, Moshe Gafni, called Liberman “evil,” while his party’s number two, Yaakov Litzman, accused the Treasury chief of acting out of “revulsion and hatred” towards Torah students.

“This is part of the policies of the Reformation [Judaism] government that is waging a struggle against all that is holy and dear to us, in perfect coordination with the savage inciting messages that Liberman has waged in recent years, ”Litzman said.

He then told the Ynet news site that Liberman “is just crazy. He is mad with hatred.

“Don’t repeat the mistakes of the past,” Asher said.

The letter was also sent to Foreign Minister Yair Lapid, who heads Yesh Atid, and apparently refers to the policy changes he initiated when he was finance minister between 2013-2014 – when the Shas and the UTJ were not part of the government – and opposed by the ultra-Orthodox.

Among those reforms was the introduction of the requirement for both parents to work, which was removed in 2015 after then Prime Minister Benjamin Netanyahu formed a new government with the Haredi parties.

The UTJ and Shas, who are closely linked to Netanyahu’s Likud party, denounced the power-sharing government formed last month by Bennett and Lapid, saying it would endanger the Jewish state and calling the new Prime Minister minister of “villain”.

According to Channel 12, some members of the government, including Home Secretary Ayelet Shaked of Bennett’s Yamina party, still hope that the ultra-Orthodox will eventually agree to join the ruling coalition.

While Bennett was aware that Liberman was planning to cut subsidies, the network said it was unaware the finance minister had made the final decision to do so and would announce it. The report also said unspecified members of the government were promising the Haredi parties that there would be no further Liberman measures they would oppose.