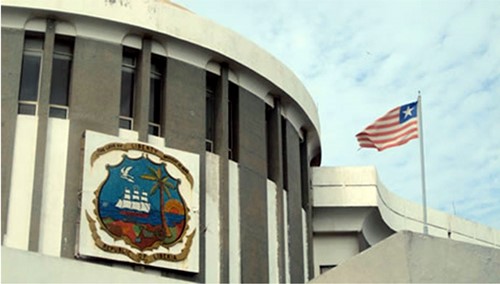 Liberia: the budget and waste of the national legislature

After more than 15 years of post-conflict reconstruction and democratic governance, Liberians seem to agree that governance in the country is not working as it should. And at the root of this is the high cost of running government, which they say unless significantly reduced, the country’s development dreams would remain a mirage. They point out that even though the country has been borrowing for many years to fund its budget, a larger percentage of the money is spent on recurrent spending while the nation’s development needs take a back seat.

Arguably one of the most debated issues about governance in Liberia is the amount spent to operate the country’s bicameral legislature. Last year we were treated to another national comedy when the National Legislature appropriated the 2020/2021 National Budget of $30,000 to each Senator and Representative on behalf of the so-called Legislative Engagement Fund of a total of 3.6 million USD.

The Senate, in a press release, explained that the USD 30,000 received by each senator and representative is intended to support their initiatives in their various counties. One of the unintended consequences of unilateral action by the legislature brings to the fore questions about the size of government, the excessive cost of governance, and fraud and corruption in Liberia.

Liberian lawmakers have a reputation for rent-seeking behavior. They were considered among the highest paid parliamentarians in West Africa. According to the National Legislature Budget of 2022, the total sum of $64.3 million has been allocated for the National Legislature. $37.4 million was for House of Representatives salary costs, while $21.1 million was for Senate salary costs.

The legislator also set aside $3.6 million for what is called legislative engagement and public accessibility. Substantial additional benefits from the office come in the form of allowances to cover a range of costs, including the purchase of new official vehicles ($4.6 million), operating expenses ($18.7 million), gasoline for vehicles (3.1 USD), legislative committee hearings (729,000), printer, newspaper, foreign travel, allowances, etc. ), receiving much more.

While our Legislators can accumulate salaries and allowances during their 6 or 9 years in office, significant additional benefits can be achieved through Legislators’ access to government revenues through Ministries, Departments and Agencies (MDAs) . Legislators’ power to control Liberia’s many MDAs is commonly used to extract additional revenue from the government. It takes the form of lawmakers cooperating with – or bribing and extorting. Access to public revenue is mainly organized through the system of legislative committees.

For example, current Sinoe County Senator Milton Teahjay confessed FrontPageAfrica newspaper how Senate committee chairs negotiate with executive branch nominees to employ people of their interest to have their votes confirmed. The allocation of civil servant positions to members of the national legislature also supports the practice of prebendalism.

A closer look at the budget for the 2022 Legislature shows that our elected politicians are not serious about addressing food insecurity in Liberia. When comparing the legislative budget of US$64.3 million to what is allocated to the agricultural sector, reveals that the combined total allocation of US$7.3 million (0.9% of total expenditure) includes Ministry of Agriculture ($4.6 million), Research Institute ($1.6 million), Liberia Agriculture Commodity Regulatory Authority ($550,107), Cooperative Development Agency ($432,602) and Rubber Development Fund Incorporated ($83,997) is eight and a half ($8.5) less than the national legislature budget.

Liberians have complained that the budget for the agriculture sector does not meet the baseline each year to address food insecurity in the country.

The 2003 African Union (AU) Maputo Declaration on Agriculture and Food Security committed African countries to allocate at least 10 percent of national budgetary resources to agriculture and rural development policy to combat against food insecurity on the continent, but the national legislature which houses 103 legislators, and several aides have increased their budget by $10 million, from $53.9 million to $64.3 million.

According to the World Food Program (WFP), agricultural production is the most important livelihood for average Liberians, involving 67% of the population. The sector contributes 26% of GDP, mainly through exports of rubber, palm oil, cocoa, sugar cane and coffee, but most of the country’s food supply is met by imports in due to low overall productivity and limited road access.

The 2021 Global Hunger Index (GHI) ranked Liberia 110th out of 116 countries. With a GHI score of 33.3, levels of hunger in Liberia are “severe” and on the verge of becoming “alarming”. Liberia does not produce enough food for domestic consumption. According to the Food and Agriculture Organization (FAO), national rice production in Liberia in 2020 is estimated at 270,000 tonnes, similar to the five-year average and slightly lower than the previous year.

FAO statistics from 2020 place Liberia among the world’s largest importers of rice, as well as wheat and sugar. Rice for human consumption accounts for more than 80 percent of imports, whole wheat and maize account for about 13 percent and 6 percent. Unfortunately, these are all products that can be grown locally if we invest properly in the agricultural sector.

With all the food insecurity issues in Liberia, how can the Ministry of Agriculture, the ministry responsible for the governance, management and promotion of agriculture be allocated $4.6 million, when the National Legislative Assembly budget includes $4.6 million for the purchase of new vehicles? , US$3.1 million for vehicle fuel, $3.6 million for what is called legislative engagement and public accessibility, and so on. ? This scale of fees is excessive in a country that lives on loans, a country that owes pensions and a country whose education system, health, agricultural sector and infrastructure are in ruins. These funds should be spent meaningfully to provide clean water, logistical support for emergency treatment, build classrooms, provide materials, train teachers, and pay unpaid wages for workers.

Liberia has never worked and may never work unless we stand up and confront this system. What do these lawmakers contribute to earning so much? Why do we pay them? In the same country, millions of people are starving, millions are impoverished; unemployment is high and poverty continues to rise! How did we come to put these guys in charge of national affairs? How have we placed those who continue to waste and spend more? Most of these legislators are personal failures in their own system, hence the need to amass wealth by any means possible.

These pretentious politicians, who always claim to have people-oriented and focused leadership qualities, are in fact the least endowed with the virtues of transparency, probity and accountability in the management of government affairs. The end result of all this debauchery is the emergence of a powerful privileged class that has suddenly supplanted the desires and aspirations of teeming Liberians with its inflated appetite for opulent and ostentatious lifestyles.

Unnecessary spending, as evidenced by the budget of the national legislature, disproportionately affects the socially and economically vulnerable and pushes them deeper into poverty and deprivation. Liberia is currently in a difficult financial situation. Running a deficit budget year after year means we need to save resources by cutting costs as much as possible. So it is a mistake to see the national legislature swallowing money from the national purse.

President Weah had the opportunity to show that the 2022 budget would not prioritize wasteful spending by the national legislature and executive beyond urgent national development priorities, and the need to improve the access of Liberians to necessities such as the interruption of electricity supply, quality education, affordable health care, clean water, good roads, as well as the payment of unpaid wages of workers across the country. country, but he did not when he enacted the budget. The expenditure of public funds by the national legislature suggests that leaders do not view the national budget as a model for social and economic policy priorities in Liberia.