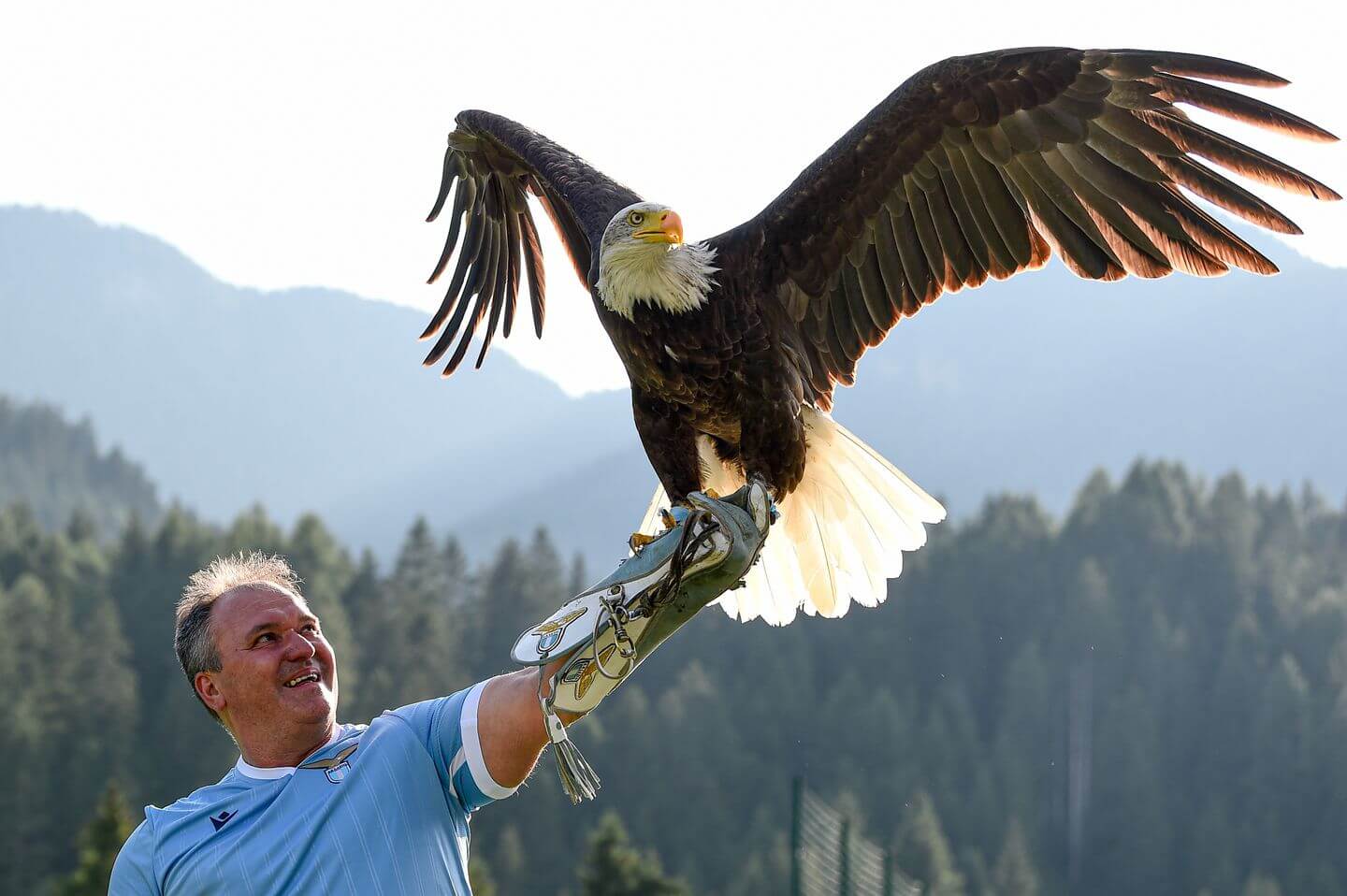 Lazio suspends falconer for “songs of support for Mussolini”

Bernabe is the person responsible for flying Lazio’s eagle mascot around the Stadio Olimpico before kick-off. But a video, posted to social media, showed him chanting “duce, duce” – Mussolini’s nickname – with a group of Lazio fans after their victory over Inter Milan last weekend.

He was also filmed giving a fascist salute.

Lazio supporters have long been criticized for alleged racist chants and for praising fascism.

Lazio have now decided to suspend Bernabe, who deals with bald eagle Olimpia, and possibly terminate his contract with the company supplying him.

A statement read: “In recent weeks, the Lazio Sports Society has sent a letter to suppliers reminding them to respect the current code of ethics and in particular to behave with the greatest respect for the principles which have always inspired the activities. of the company, both in the sports field and in ordinary relationships.

“Particular attention has always been paid to the absolute prohibition of carrying out discriminatory actions and behavior of any kind whatsoever under all profiles protected by article 3 of the Constitution.

“Therefore, after learning of the existence of the video which portrays Juan Bernabe (unlicensed and employee of a company outside Lazio) in attitudes that offend the company, the fans and the values ​​to which the community is Inspired, measures were taken vis-à-vis the company aimed at the immediate suspension of the service of the person concerned and the possible termination of existing contracts. “

Italian Jewish communities had previously criticized the video and called on the Italian federation to act quickly to eliminate fascism from football.

Noemi Di Segni, President of the Union of Italian Jewish Communities, said: “There can be no ambiguity or hesitation in the face of ostentatious gestures and symbols that re-invoke fascist ideals.

“The behavior of the master of the eagle Olimpia, symbol of Lazio, immortalized in a video that has gone viral, leaves no room for doubt.

“The club and the (Italian Football) Federation must intervene urgently.

“Fascists and haters must be kicked out of the football world.”

When is Chanukah? Start date of the Jewish holiday and what happens