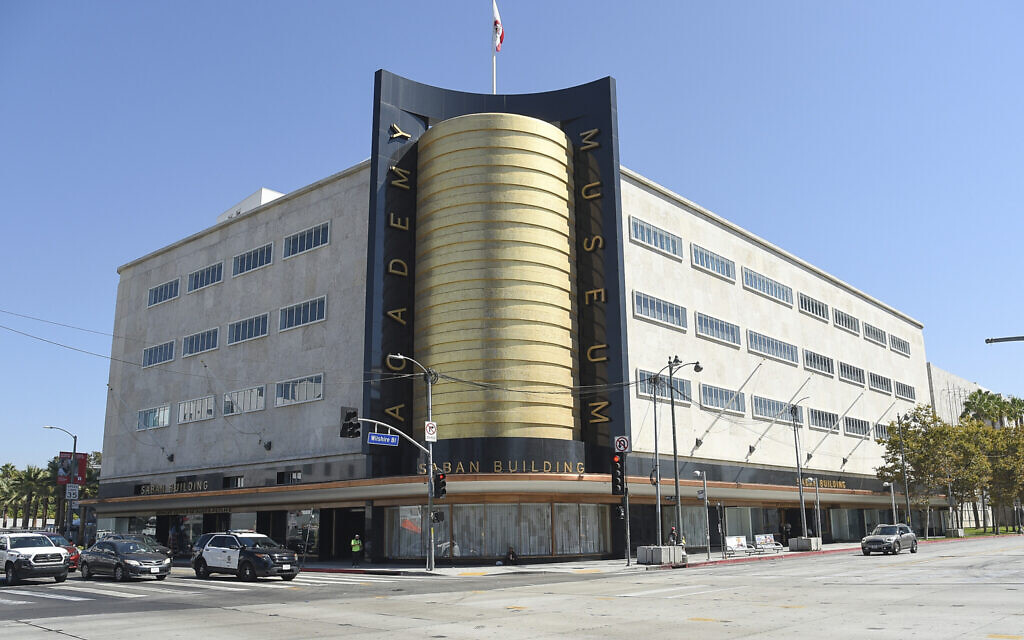 The Academy Museum of Motion Pictures in Los Angeles, which aims to dedicate a century of cinema to Hollywood, has come under criticism for its exhibits excluding Jewish filmmakers who played a key role in launching the industry.

Donors and influential members of the academy have complained that there is no mention of the mostly immigrant Jews who established the industry after escaping persecution in their homelands., reports Rolling Stone magazine.

Some customers have threatened to withdraw support over the issue, sources familiar with the developments told the magazine in a report on Thursday.

The museum opened on September 25 last year with a star-studded event, but already then some were wondering what was missing from the exhibits.

Anti-Defamation League CEO Jonathan Greenblatt, who was at the opening of the gala, told the magazine of his disappointment at what he felt was a “glaring omission”.

“As I was walking, I literally turned to the person I was with and said, ‘Where are the Jews?’ “, he said.

“I would have hoped that any honest historical assessment of the film industry — its origins, its development, its growth — would include the role Jews played in building the industry from the ground up,” Greenblatt said.

The absence was noted by various outlets, drawing criticism from The Forward, Air Mail and Bari Weiss’ Common Sense website on the Substack platform.

However, a source familiar with the museum’s lineup told Rolling Stone that there was not enough pressure from influential figures to include Jews.

“A lot of people who could have fought harder for Jewish representation were just very low,” the anonymous source said.

“By not including the founding fathers, they were making a massive statement,” said academy member and film financier Ryan Kavanaugh. “As grandsons of Holocaust survivors, it’s just shocking that they erased contributions from a group facing severe anti-Semitism – they couldn’t get bank loans, they couldn’t own houses in Los Angeles, and yet they still created this industry that is the foundation of the economy of Los Angeles and touches people all over the world.”

“Instead of, ‘Look what they were able to do,’ it’s just wiped out,” complained Kavanaugh, who founded Triller, a video-sharing social media network. “It goes against everything our industry says they stand for.”

The museum’s exhibits after it opened tended to focus on more contemporary figures, with one member of the academy saying it made it seem like “the film industry was created 10 years ago. They erased the past. And I find that appalling. »

Haim Saban speaks at the unveiling of the Academy Museum of Motion Pictures’ Saban Building event at the Petersen Automotive Museum in Los Angeles on Dec. 4, 2018. (Willy Sanjuan/Invision/AP)

Haim Saban, whose $50 million contribution to the museum was the largest donation, said he and his wife Cheryl have spoken with museum management and take their comments “seriously”.

The Sabans “strongly believe that Jewish contributions to the film industry from its founding to the present day should be showcased,” he said.

Others defended the museum, saying it couldn’t showcase 100 years of history on its opening night.

“We didn’t come to opening night with the origin story, but we came to opening night with what was relevant to the audience we were playing and needed to include,” said Sid Ganis, Honorary Administrator. “I have friends who said to me, ‘Where are the Jews?’ It’s in the eyes of the beholder. They are here, and they will be there in a bigger and more visible way very soon. »

So far, more than 290,000 people have purchased tickets to the museum on Wilshire Boulevard, including film industry veterans. Museum director and president Bill Kramer said the administration was attentive to the comments.

“I’ve had interviews with four Academy members and two donors who wanted to better understand why they weren’t seeing an exhibit about Hollywood’s predominately Jewish founders, and we take that note very seriously,” he said. -he declares. “Representation is so important to us, including our Jewish founders. If we don’t talk about it in enough detail or in a more obvious way, we want to hear it and we want to respond to it. We have heard these notes, and we understand. And we are really happy to be able to make a change and we will correct our trajectory.

Screen capture from video of Director and President of the Academy Museum of Motion Pictures, Bill Kramer, March 2021. (YouTube)

The museum is planning a new exhibit for next year that will focus on Hollywood’s founding fathers, he said. Initially planned as a temporary element, it will become a permanent exhibition following complaints.

“We have no doubt that as the museum’s dynamic exhibits continue to rotate, Jewish contributions will continue to be represented among the many important stories about film history, art and artists,” he said. -he declares.

Are you serious. We appreciate that!

That’s why we come to work every day – to provide discerning readers like you with unmissable coverage of Israel and the Jewish world.

For just $6 a month, you can help support our quality journalism while benefiting from The Times of Israel WITHOUT ADVERTISING, as well as access to exclusive content available only to members of the Times of Israel community.

Ethics and religion discussion: Should an employee be fired for their religious beliefs?