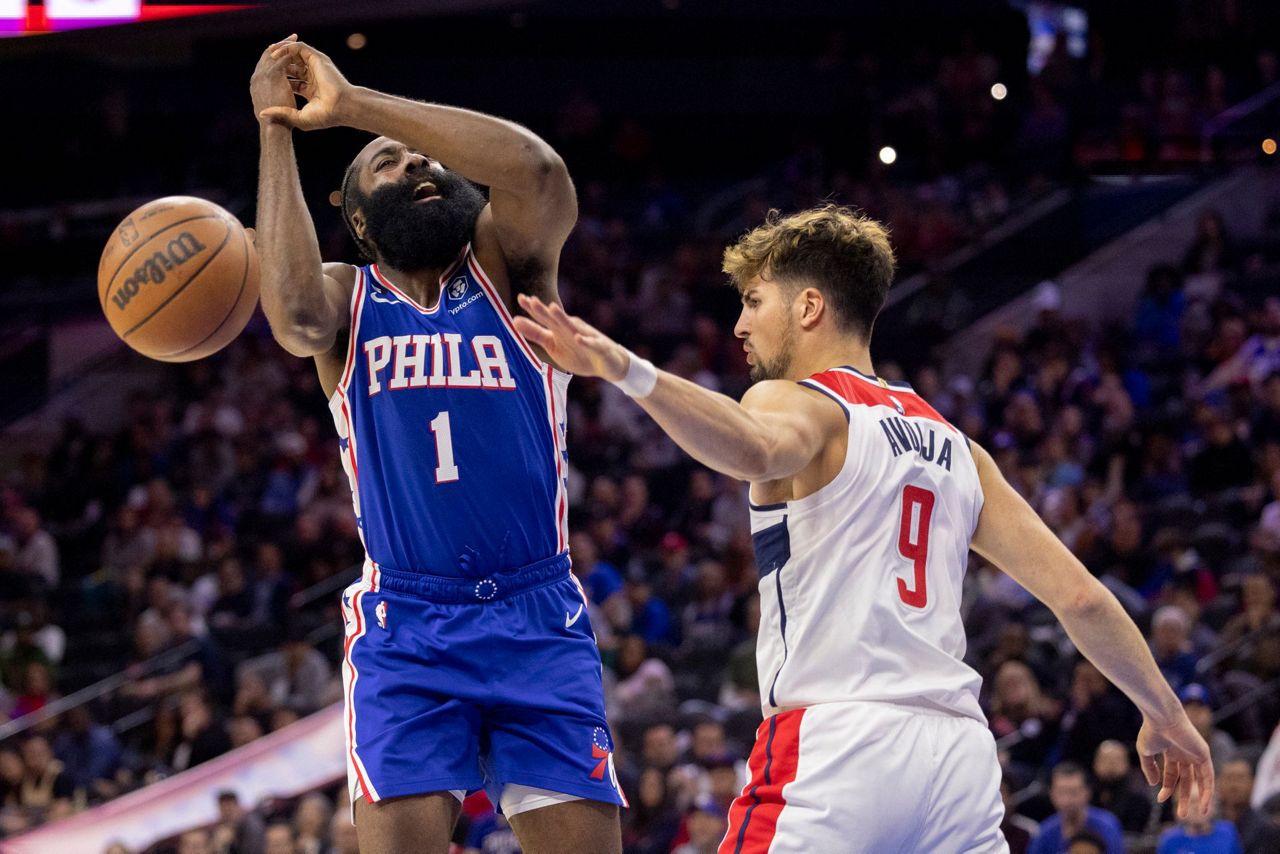 WASHINGTON (AP) — As a Jewish forward for the Washington Wizards, Deni Avdija was naturally going to be asked about Kyrie Irving.

Especially when his team just finished playing against the Brooklyn Nets.

Avdija said Friday night that he tries to stay positive about anti-Semitism, but he also believes players’ actions should have consequences. The 21-year-old Israeli spoke for a few minutes in the Washington locker room following the Wizards’ loss to the Irving-less Nets.

Brooklyn suspended Irving on Thursday for posting a since-deleted link to anti-Semitic material. The fallout from his post continued on Friday with Nike announcing that the company had ended its relationship with Irving.

Avdija is in his third NBA season. He is the only Israeli-born player in the league.

“I’m Jewish and I love my culture, I love my country,” he said. “It’s kind of upsetting to hear things about your religion. Just spread the love, man. Love everyone, love all cultures.

Avdija spoke of the support he receives from the Jewish community and Israelis around the world. He was asked how many times he had to deal with anti-Semitism.

“In terms of things like that, it’s always going to be there. It will never go away,” he said. “It’s just, if you want to pay attention to things or just want to keep moving and focus on the important things in life. I’m a positive guy. I’m not looking for the bad things.”

Avdija was in favor of punishing Irving.

“I think there have to be consequences for the actions of the players,” he said. “I don’t know the amount, the punishment given by the league, but I think you have to know that there is no place for words like that.”

Avdija’s teammate Kyle Kuzma caused a stir when he tweeted, “I can’t even tell the truth anymore,” on Friday. He said it was in reference to a personal matter and not to Irving’s situation.

“It’s probably bots at this point. I don’t know who’s behind the mic, who’s behind the tweets,” Kuzma said. “But there were a few. , bad timing, bad interpretations, so I get it. It’s not the end of the world.”

Copyright 2022 The Associated Press. All rights reserved. This material may not be published, broadcast, rewritten or redistributed without permission.