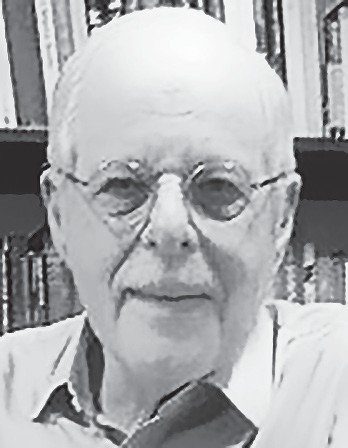 Prominent bioethicist, philosopher and theologian rabbi David Novak, who at 80 chairs the Jewish Studies program at the University of Toronto, will speak at a free community program in Tampa on Thursday, November 4 at 7 p.m.

The rabbi will address a question that draws directly from his years of scholarship: “Is there a universal moral law?” Natural law in Catholic and Jewish traditions.

Dr. Vincent Lloyd, associate professor and theologian at Villanova University, outside of Philadelphia, will also speak at the event, where he leads the Africana Studies Program.

The conference is sponsored by the Saint-Léo University Center for Catholic Jewish Studies (CCJS), which will also award Rabbi Novak the 2021 Eternal Light Prize for his contribution to Catholic-Jewish relations.

“The Center for Catholic-Jewish Studies is honored to welcome both Rabbi Novak and Dr Lloyd, and to celebrate Rabbi Novak’s decades of contributions,” said Dr Matthew Tapie, CCJS Director and Associate Professor of theology in Saint Leo. “These wonderful academics have deep ethical knowledge that could help us all navigate these times of mistrust and division in our democracy. This is one of the gifts of interfaith dialogue, and we hope that many will join us.

The co-sponsors of the program are the JCC and the Tampa Federation, the Catholic Diocese of St. Petersburg and the Schaarai Zedek Congregation, 3303 W. Swann Ave., in Tampa, where the conference will be held. To attend, contact (813) 876-2377 or [email protected]

Novak combined his knowledge of Judaism and Judeo-Christian relations with important investigations in the fields of Jewish law, ethics, including bioethics, and political theory. He focused heavily on beliefs about natural law – the general notion that standards of morality flow from human nature and the nature of the world – and its influences on political thought and individual beliefs.

Novak has been called upon to play an advisory role to organizations that deal with issues such as religious freedom, bioethics and assisted human reproduction, in addition to his main work as a university professor and researcher specializing in Judaism. and other religions.

Born in Chicago, Novak received his undergraduate degree from the University of Chicago. He was educated in the tradition of conservative Judaism at the Jewish Theological Seminary, where he obtained a graduate degree in Hebrew literature and his rabbinical ordination. He then obtained a doctorate in philosophy from Georgetown University.

His multifaceted career has included serving as rabbi for several Jewish congregations in the United States, teaching at various universities, and consulting with the governments of the United States, Israel and Poland. He joined the University of Toronto in 1997, where he holds the Shiff Chair in Jewish Studies as a professor of religion and philosophy and is a member of the Joint Center for Bioethics.

Rabbi Novak is the author of 16 books, the most recent, “Tradition in the Public Square: A David Novak Reader” and “In Defense of Religious Liberty”. He is co-author of “Dabru Emet: A Jewish Statement on Christians and Christianity,” first published in The New York Times in September 2000, and now translated into more than eight languages.