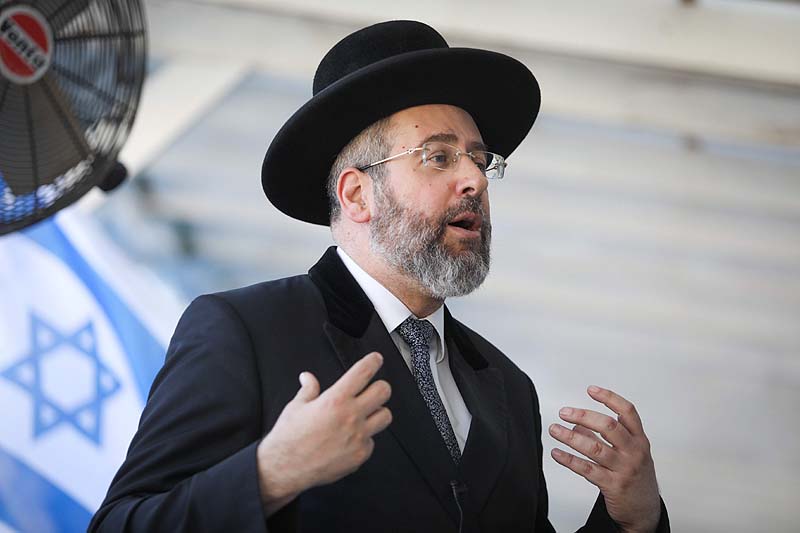 Rabbi Lau sent a letter Tuesday to Attorney General Gali Baharav-Miara with a request for clarification on the degree of authority of judges in Israel’s religious courts.

“The war in Ukraine has displaced thousands of people,” Rabbi Lau said in his letter, noting that many of them fled their homes without being able to bring the necessary documents to prove their Jewish status.

“To help in this situation, I plan to create a special beit din whose judges will use all means to help these people prove their Jewishness,” the rabbi wrote.

“Given the overload of cases already before the religious courts, to expedite this process, I will choose three retired judges who have extensive experience in this field to sit in this seat. [special] court,” he wrote.

At least 30,000 Ukrainian Jews have been rescued from combat zones in the past week and a half, according to several Chabad-Lubavitch rabbis. Rescues were also carried out on Shabbat – normally a violation of Torah law, but permitted due to the life-threatening nature of the situation.

Diversity in the discipline of history