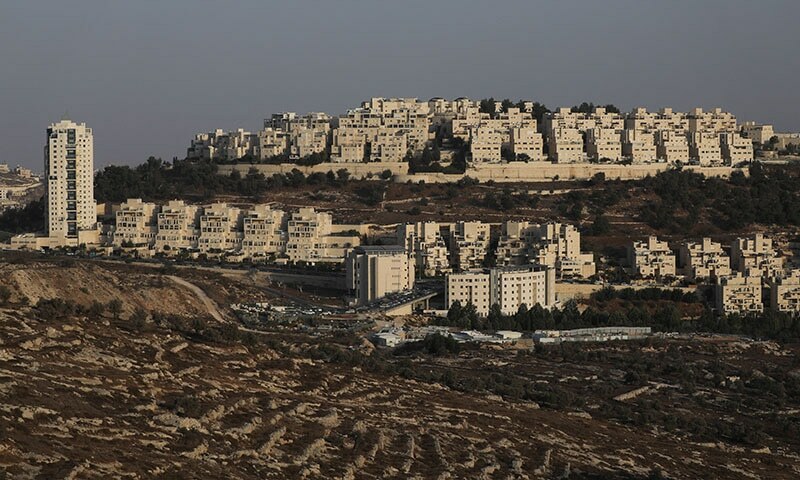 JERUSALEM: Israel on Wednesday put forward plans to build more than 3,000 settler homes in the occupied West Bank, an initiative condemned by the Palestinians that came a day after the United States strongly criticized such construction.

The senior civil administration planning committee has given final approval to 1,800 houses and initial approval to 1,344 others, said a spokesperson for the military body that oversees civil affairs in the Palestinian territories.

Palestinian President Mahmud Abbas, in a statement, expressed his “strong rejection” of the approvals and said the United States must “implement its commitment to reject settlements and unilateral (Israeli) measures.” About 475,000 Israeli Jews already live in West Bank settlements, considered illegal by international law, on land that Palestinians claim as part of their future state.

The approvals came a day after Washington criticized Israel for its settlement-building policies. President Joe Biden’s administration has said it â€œstronglyâ€ opposes new construction in the West Bank.

The policy contrasts sharply with that of his predecessor Donald Trump, whose presidency endorsed Israel’s activity in the occupied Palestinian territory.

“We are deeply concerned about the Israeli government’s plan to advance thousands of settlement units,” State Department spokesman Ned Price said on Tuesday before Israel announced final and preliminary approvals. .

Price did not say the deal would jeopardize relations with the Jewish state, a major ally of the United States.

The locations of Jewish homes approved on Wednesday were spread across the West Bank, from the suburbs of Jerusalem to the new settlements deep in the territory. Some are proposed but others have already been built and received retroactive approval.

The expansion of Israeli settlements in the West Bank and East Jerusalem has been a policy of every Israeli government since 1967, when it occupied those areas during the Six Day War. He then annexed East Jerusalem.

The Israeli Ministry of Housing had issued separate tenders on Sunday for the construction of 1,355 new homes in the West Bank.

While advancing plans for Israeli settler homes, the Civil Administration must also advance plans for the construction of 1,301 residences for Palestinians in Israeli-controlled parts of the West Bank.

Critics say the move is an attempt to appease criticism from Israeli allies and anger from left-wing partners in a heavy coalition government led by right-wing Prime Minister Naftali Bennett.

This is the first time that the civilian administration, the military rulers of the West Bank, has approved the construction of settlements under Bennett’s government.

He came to power in June at the head of a coalition of eight ideologically disparate parties with members ranging from the Jewish religious far right to the Islamist party of Israel.