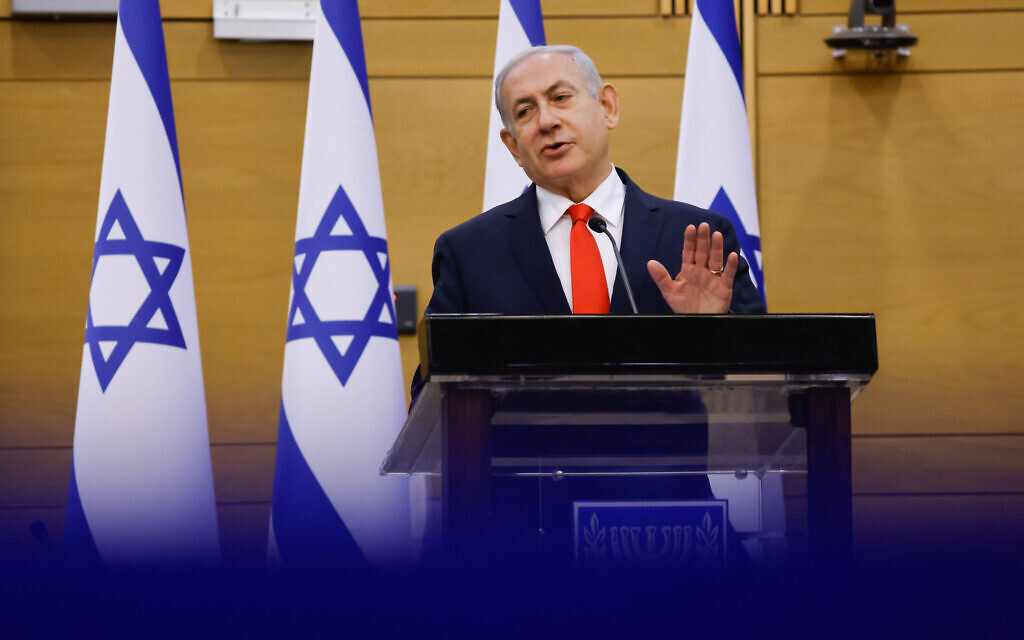 The Bennett-Lapid government was sworn in on June 13, now a month old. It is an unprecedented coalition: more ideologically diverse than ever, containing no less than eight factions and holding only the thinnest parliamentary majority at best.

And it’s not always the best time. Even the smallest faction, as Ra’am has shown this week, can hold the coalition hostage. Any controversial topic, from citizenship rules for the unification of Palestinian families to cuts in family allowances for Haredim families, can cause the coalition to lose its majority or cause upheaval of anger among member factions.

And yet, a month after the start of the new term, the new coalition has proven to be stronger than expected. She has withstood the many crises that have crossed her path. There have been airstrikes in Gaza, fights for controversial laws, and countless attempts by the opposition to come up with legislation designed to drive wedge between the left and right flanks of the coalition. Yet the government held on all along.

Opposition leader Benjamin Netanyahu is perhaps the most powerful glue that holds the coalition together. As long as he sits backstage in preparation for his return to power, parties like New Hope, Yamina, Yisrael Beytenu and Labor have a powerful incentive to stick together. There’s another glue, too: each of the parties in the new coalition is desperate to show meaningful dividends to their constituents before facing them again at the polls. This means having a say in the drafting of the state budget law that is due to be passed by November – which means keeping the coalition together until that budget law is passed.

The surprising resilience of the new government has led the opposition, under Netanyahu’s leadership, to pursue a different strategy to topple it. The plan is simple, and over the past few days it has crystallized into a simple plan of action: disrupt everything, every moment.

The past month has seen a grueling war of procedural attrition in the Knesset whose aim was not to overthrow the government directly – the opposition does not have the votes to actually replace the coalition – but to literally render it unable to rule the country. The break-up strategy was very successful. The government has managed to overcome the obstacles of major political crises, but it has struggled and stumbled when it comes to governing and legislating on a daily basis.

The opposition tried to delay things at every turn and using all of the procedural tricks in the book. Netanyahu himself has been seen in recent days walking the halls of the Knesset with a copy of the statutes of parliament in his hands.

Likud-led opposition parties refused to negotiate the formation of Knesset committees, refused to debate the budget law, refused to pass even bills they supported, such as the Likud vote of the government law on family reunification on the grounds that granting the government any success at all amounted to a de facto “vote of confidence”.

“You are not just bitter,” frustrated Prime Minister Naftali Bennett slammed the opposition in remarks at the Knesset plenum on Monday, “you are anarchists, who want to burn the whole country just to harm the coalition “.

On Monday, after a month of delays and relentless opposition, the Knesset Arrangements Committee finally succeeded in calling for a vote establishing vital Knesset standing committees, in particular the committees on the economy, the health, welfare and education.

Illustration: Members of the Knesset Arrangements Committee vote against tabling the controversial family reunification bill before the Knesset Foreign Affairs and Defense Committee, July 5, 2021 (Screen capture / channel by the Knesset)

The vote counted. The Delta variant of COVID brought the pandemic back to Israeli shores, but no Knesset health committee was there to oversee or challenge the government’s response. Special unemployment benefits instituted last year run out in the coming weeks, but no welfare committee has met to determine whether the government’s decision to end benefits is appropriate while unemployment remains well above pre-pandemic levels.

Dozens of major reforms, most widely supported across the political spectrum, have been delayed for nearly three years due to the political stalemate in the last four elections. Without functional committees, they cannot move forward. Reform to streamline Israel’s Byzantine import rules, which are a major cause of the country’s high cost of living, cannot move forward without the Economy Committee. An offer by lawmakers to reconsider the terms of natural gas deals with energy companies cannot either, nor public transport reforms, including a rush hour tax to enter Tel Aviv’s metropolitan core.

New Education Minister Yifat Shasha-Biton, who holds a doctorate in education, foresees sweeping changes in the education system, including fewer but longer school days each week, shorter school vacations ( the age-old scourge of working parents), and delegating more control over the program of the ministry’s headquarters in Jerusalem to school principals. But no education committee existed until Monday to debate the wisdom of these reforms or advance the legislation necessary for their implementation.

The feuds that virtually froze the daily work of Israel’s parliament over the past month have left the affairs of the people unattended. And the opposition is impatient for this situation to continue.

Likud and its opposition allies have good reason to be unhappy with the new committees. Breaking with parliamentary tradition, the coalition has established comfortable majorities in all key committees, well beyond the relative strength of the coalition in the Knesset.

But as coalition sources pointed out on Monday, it was the opposition that refused to negotiate the seat allocation last month – in a transparent attempt to delay the formation of any committee.

“There is no dialogue with the opposition,” a coalition deputy told Maariv media on Monday. “It seems they want to fight and are not interested in any deal with us.”

The Minister of Health Nitzan Horowitz, leader of the Meretz party, was quick to castigate the behavior of the opposition: “We have spent many years in the opposition and have never called the government illegitimate nor disrupted the formation of committees. The Knesset must get to work.

Opposition leader Benjamin Netanyahu during a plenary session in the Knesset on July 12, 2021 (Olivier Fitoussi / Flash90)

Even in the opposition, the new policy caused nausea. “This is our step for the media,” complained an opposition MP of the decision not to staff committees, “and this is where most of the work is done. “

It is no coincidence that the opposition is now focusing on postponing legislative work. If the government cannot be brought down by its internal ideological divisions, then maybe failure to pass the budget will do.

With the committees now formed, the first and most important of the Knesset’s duties is to successfully pass a state budget for the first time since March 2018. And with a month already lost due to the disruption of the opposition, it will not be easy.

There are just over three weeks left before the Knesset leaves its summer recess on August 6 and returns for its winter session in early October. Knesset Speaker Mickey Levy has given permission for committees to meet during the holidays, but September coincides with the intensive Jewish holiday schedule, making most of the month unavailable for parliamentary business. There will be barely half a dozen working days of plenum between late August and early October.

The new budget will likely hit the cabinet table in early August. If it is approved, it must then pass a first vote in plenary session a few days later, sending its various parts to the competent committees for debate and revision. The Knesset will then go to the recess. When the Knesset returns, its committees will have barely eight weeks to debate and complete the drafting of the comprehensive budget bill, including the accompanying budget bills containing the many institutional and policy reforms of the budget, and then send the huge legislative package back to plenary for the second and third votes that enact it.

The coalition is on schedule for the moment. But it’s a desperately tight schedule for such complex legislation, which will include reforms stalled by a nearly three-year stalemate and budget adjustments after two years of interim spending bills.

The government may have been resilient to the usual series of political crises, but it will fall if it does not pass this budget which, under Israel’s basic laws, would automatically call a snap election. The opposition’s delaying tactics have already cost the coalition a precious month of work. If the coalition does not improve its game on parliamentary soil, it will lose the greatest war for its survival through sheer procedural attrition.