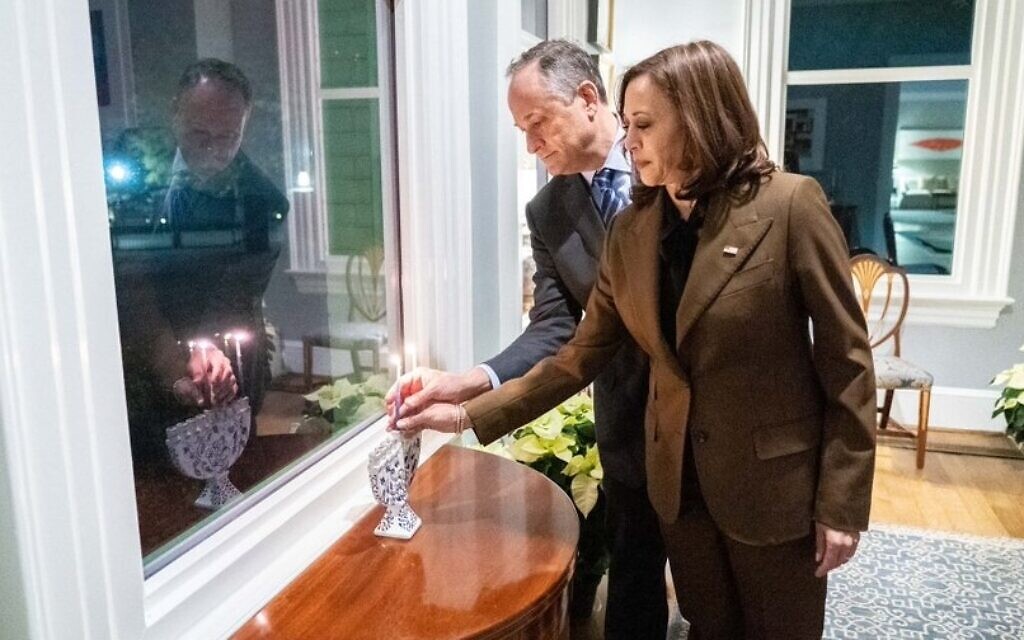 Impressed with ethics, the second American couple lit a menorah belonging to ‘Mensch of Malden Mills’

WASHINGTON – The Biden administration aims to get people to work together to emerge from an economy hit by COVID.

This could explain why the first menorah lit by a Jewish spouse to a vice president came from the home of a businessman revered for paying employees for months as he rebuilt a factory destroyed in a fire.

Yair Rosenberg, who blogs about Jewish issues at The Atlantic, tracked down the origins of the menorah in a photo that second husband Douglas Emhoff, the Jewish husband of Vice President Kamala Harris, posted to social media on the first night of Chanukah.

Staff from the second couple were thinking about which menorah to use – there is always a story behind the candelabras presented to the White House lights on Hanukkah. One of them came across an obituary of Aaron Feuerstein, who died on November 4 at the age of 95.

In December 1995, the Feuerstein red brick textile mill complex caught fire, causing one of the largest fires in Massachusetts history. Work for the factory’s 1,400 workers stopped when it was rebuilt, but Feuerstein continued to pay them, apparently at a cost of $ 25 million.

At the time, the Boston Globe quoted Feuerstein: â€œI don’t throw 3,000 people out of work two weeks before Christmas. Feuerstein also explained after the fire that he was guided by Jewish tradition. “When all is moral chaos, now is the time for you to be a mensch,” he said, a quote that has earned him the nickname “Malden’s mensch.”

Feuerstein’s status as a mensch was further bolstered by the second couple’s decision to honor him by lighting his menorah this year.

A source familiar with the developments said Before in a Wednesday report that Harris and Emhoff were impressed with Feuerstein’s commitment to his workers.

â€œHe was a hero to the workers,â€ the source said.

So honored that the Vice President of the United States, Kamala Harris, lights the menorah I painted for myâ€¦

The menorah motif is a blue and white rose with a vine, “a symbol of what my family and my grandfather went through,” Marika Feuerstein told The Forward.

Feuerstein said his grandfather was “a proud Democrat” and it was “an incredible honor” that the Second Family used him as they were still saddened by his death.

â€œA menorah is a vessel of light, especially in darkness. It has been a dark time for our family, â€she said. â€œSeeing his menorah in the vice president’s residence means his light is still shining.