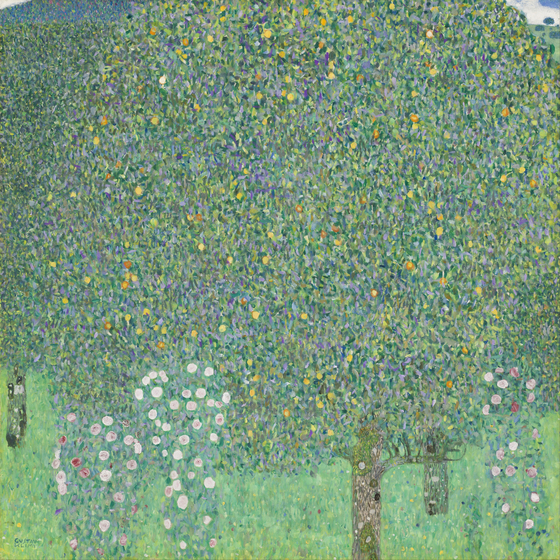 Gustav Klimt’s ‘Rosebushes under the Trees’, currently held by the Musée d’Orsay, is one of 15 works of art that were looted from Jews during World War II and will be returned to the heirs of the original owners . The French Senate on Tuesday approved the return of the 15 works of art as part of the government’s efforts to speed up returns. [WIKIMEDIA COMMONS]

The French Senate last Tuesday approved the return of 15 works of art looted from Jews during World War II, as part of the government’s efforts to speed up restitutions.

The vote authorizes public museums holding the works, including the famous Musée d’Orsay in Paris, to return ownership to the heirs of the original owners.

It was the first time in 70 years that the French government had taken serious steps to return works of art “which had been acquired in disturbing circumstances during the occupation due to anti-Semitic persecution”, she said. declared.

She called the legislation a “first step” in returning objects “still held in public collections – objects that shouldn’t and never should have been there”.

The Senate approved the bill, after authorizing the lower house of parliament in late January. From now on, all that is needed is the signature of President Emmanuel Macron to enter into force.

Thousands of paintings by some of the world’s most famous artists were looted or forcibly acquired during the Nazi occupation of France.

Since the end of the conflict, they have been held by public museums such as the Louvre and the Musée d’Orsay in Paris.

In 2018, the government set up a special unit to try to trace the owners’ heirs, rather than waiting for them to come forward, in a bid to speed up the process.

One of the paintings to be returned is entitled “Rose Bushes Under the Trees” by Gustav Klimt. Currently held by the Musée d’Orsay, it is the only painting by the Austrian master held by the French state.

She was acquired in 1980, but later research showed she was forcibly sold by Austrian collector Eleonore Stiasny in Vienna in 1938 before being deported and killed.

The painting was purchased in 1911 by Stiasny’s uncle, an Austrian Jewish collector named Viktor Zuckerkandl.

She was forced to sell it very cheap soon after the Nazis came to power in Austria in 1938, at a time when Jewish families were excluded from the economy.

Stiasny died in 1942 with her husband and son. It is not known whether they were in the Polish ghetto of Izbica or in the concentration camp of Belzec.

France acquired ‘Rose Bushes Under Trees’ from a Swiss gallery in 1980 for its soon-to-open Musée d’Orsay in Paris, knowing nothing of its violent history

In December, four more looted works of art were returned to the legal heirs of their Jewish owners.

The watercolors and drawings by 19th century French artists were seized in 1940 from businessman Moise Levi de Benzion.

Until the restitution of these four works, only 169 works had been returned to their owners since 1951 out of the estimated 2,200 held by the French state.

The French Ministry of Culture estimates that a total of 100,000 works of art were seized in France during the war, when the country was administered by the Nazis and an anti-Semitic French collaborationist regime.

In November, France returned 26 treasures looted from the West African nation of Benin during the colonial era, as part of a separate pledge by Macron to restore certain works of art on the continent.