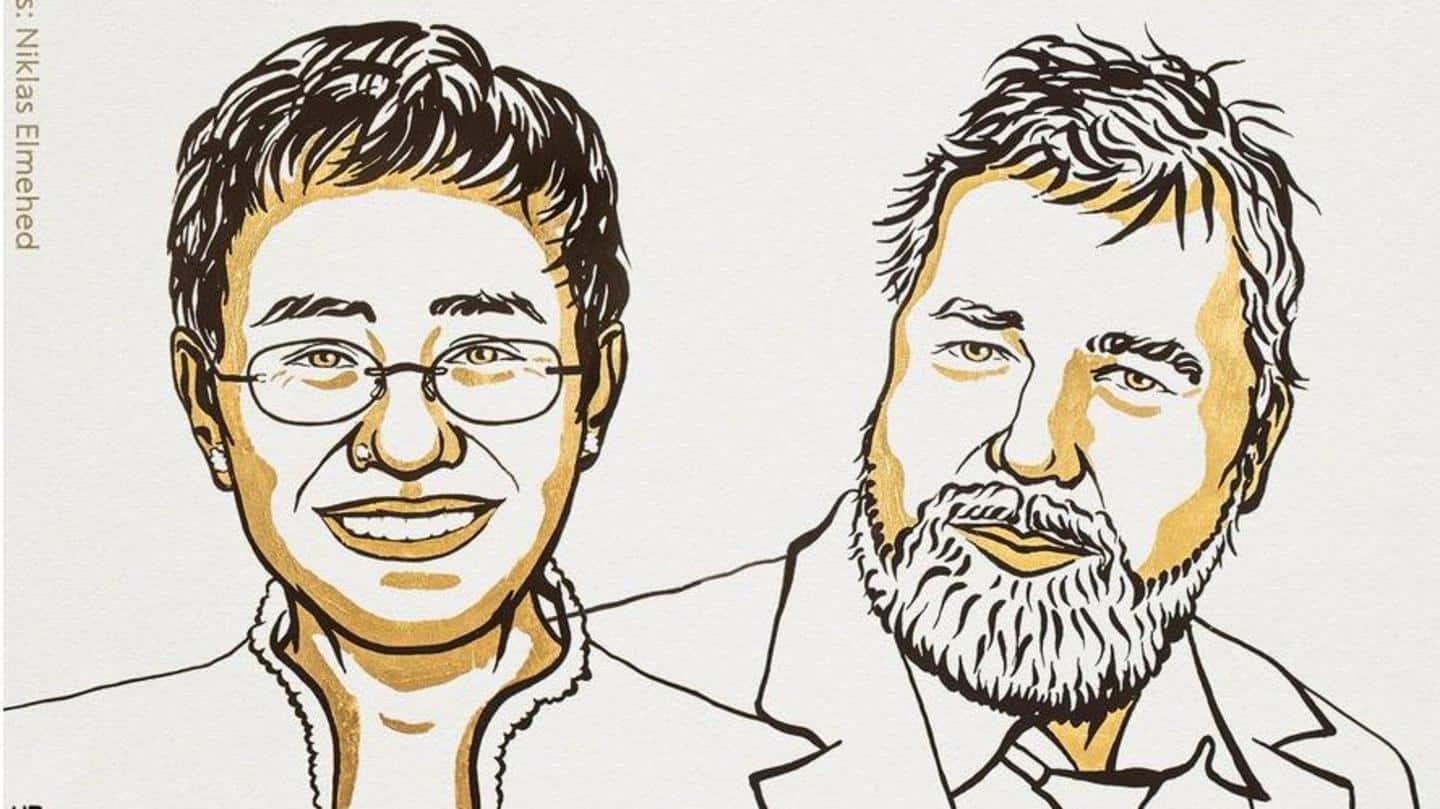 (MENAFN- NewsBytes) Journalists Maria Ressa and Dmitry Muratov won the prestigious 2021 Nobel Peace Prize for â€œtheir efforts to safeguard freedom of expressionâ€. While Ressa is an investigative journalist based in the Philippines, Muratov is the editor-in-chief of an independent Russian newspaper. The Nobel Prizes in Medicine, Physics, Chemistry and Literature were announced earlier this week and the Nobel Committee will announce the Nobel Prize in Economics on Monday.

When announcing the prize, the Nobel Committee noted that “freedom of expression and freedom of information help to ensure an informed public”. “Free, independent and factual journalism serves to protect against abuse of power, lies and war propaganda.” He said the awards given to Ressa and Muratov were “intended to underline the importance of protecting and defending these fundamental rights”.

Speaking of this year’s Nobel Peace Prize, the Nobel Committee said: â€œWithout freedom of speech and freedom of the press, it will be difficult to successfully promote brotherhood among nations, disarmament and better order. global to be successful in our time.

Maria Ressa is an investigative journalist based in the Philippines. She is also the co-founder and CEO of a digital media company named Rappler. The Nobel Committee noted Rappler’s critical role against “the controversial and murderous anti-drug campaign of the Duterte regime.” Ressa and Rappler also document the role of social media in spreading “fake news, harassing the opposition and manipulating public discourse.”

Nobel Committee “Ressa is a fearless defender of freedom of expression”

Speaking of Ressa’s journalistic contribution, the Nobel Committee said: â€œMaria Ressa uses freedom of expression to speak out against the abuse of power, the use of violence and growing authoritarianism in her homeland, the Philippines. “As a journalist and CEO of Rappler, Ressa has been a fearless defender of free speech,” the Academy noted, citing her work as a journalist.

Dmitry Muratov is one of the founders of the independent newspaper Novaja Gazeta, of which he has been editor-in-chief since 1995. According to the Committee, it is the “most” independent newspaper in Russia in a context of state censorship. The newspaper reportedly published articles on many critical issues such as corruption, police violence, illegal arrests, voter fraud and troll factories, the committee said.

Challenges What did the Nobel Committee say about Muratov?

In addition, the Nobel Committee noted that despite various intimidations through “threats and murders”, Muratov “refused to abandon the independent policy of the newspaper”. “He has always championed the right of journalists to write whatever they want … as long as they uphold the professional and ethical standards of journalism.” Notably, six journalists from Novaja Gazeta were killed for their critical reporting.

Legal warning: MENAFN provides the information “as is” without warranty of any kind. We do not accept any responsibility for the accuracy, content, images, videos, licenses, completeness, legality or reliability of the information contained in this article. If you have any complaints or copyright issues related to this item, please contact the supplier above.