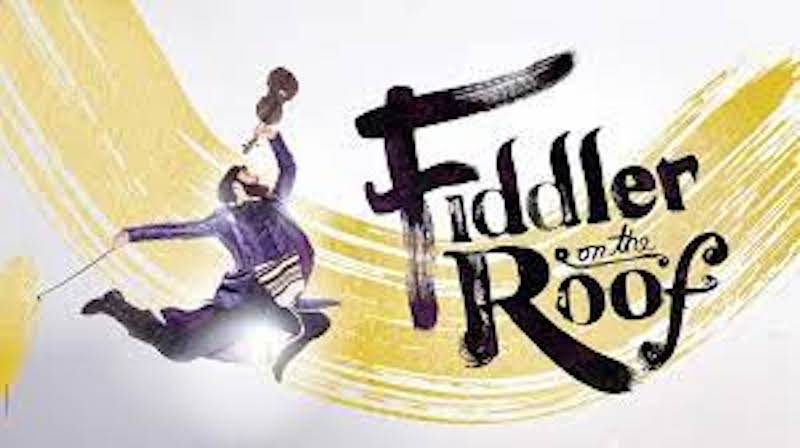 DETROIT, MI — Sure. You can deregister fiddler on the roof like an old musty. Or, if you’re over 60 and grew up with the show as a staple of your Broadway experience over the decades. Possibly dating back to its premiere in 1964. Fun fact: the show had its pre-Broadway run at the Fisher Theater in 1963.

But the truth is that Fiddler is incredibly relevant and current today, and the production, which stops in Detroit at the Fisher Theater as part of the Broadway Detroit season, is a delight and a showcase of some of Broadway’s best musical writing.

Fiddler– written by Jerry Brock, Sheldon Harnick and Joseph Stein – is set in The Pale of Imperial Russia around 1905 and is based on the book Tevye and her daughters and other tales by Sholem Aleichem. The story is centered on Tevye, a milkman in the village of Anatevka, in the region that is now Ukraine, who is trying to maintain his Jewish religious and cultural traditions as outside social and political influences affect the thinking of young people who are not attached to ancient traditions like their parents and grandparents. He must face the voluntary actions of his three eldest daughters who wish to marry for love rather than leaving it to the village matchmaker to find them a husband.

One of the wonderful things about Fiddler is how he opens so loudly with arguably the strongest songs on the show: “Tradition”, “Matchmaker Matchmaker”, “If I Were A Rich Man”. Jonathan Hashmonay as Tevye not only has a terrific singing voice, but the right mix of embattled comedic timing and determination about his Jewish lore to make him a top-notch Tevye.

The two overarching themes in Fiddler – religious and political persecution and the clash between generations over social norms couldn’t be more timely. As Jews were driven from their Ukrainian settlements 120 years ago by the Russians, could the timing of a Fiddler revival be more opportune as Russia’s autocratic rule of Vladamir Putin waged war against independent Ukraine in an attempt to capture the lands it lost after the breakup of the Soviet Union. Fiddler is real history, and those who ignore it and learn from history are doomed to repeat it. Oh, how great it would be to have an open production in Moscow right now.

Similarly, when Tevya disagrees and is angry with her daughter Chava for marrying a non-Jew and declares her death to him, can’t we easily replace Chava declaring his love for another woman and an evangelical or conservative father doing likewise ? Children, as they grow older, often and normally reject the traditions and politics of their parents. While parents and conservative politicians today argue over certain books in their local libraries, civil rights for LGBTQ people and bristle at gender neutral people, most of their children are taking it all in stride in the framework of the new world in which they live.

The cast for this touring show is top notch with literally not a weak link. Maite Uzal as Tevye’s wife, Golde, Randa Meierhenry as Tzeitel’s daughter, Graceann Kontak as Hodel’s daughter, Yarden Barr as Chava are all strong actors who embody the story. The Suitors: Daniel Kushner as Motel the Tailor; Austin J. Gresham as student Perchik; Carson Robinette as Fyedka are all strong.

The set, by Michael Yeargan, is simple – a modest village house, with various trees and moving hay bales. But the production also includes an exaggerated depiction of Tevye’s dream when Golde’s grandmother would have returned from the dead to approve Tzeitel’s marriage to Motel instead of the much older and unattractive Lazar Wolf than the matchmaker has settled. for Tevye’s eldest daughter. Grandmother Tseitel is flanked by cast members wearing masks and stretched out rubbery fingers who taunt Tevye and Golde much to the delight of Tevye who has already told her daughter (without consulting Golde) that she can get married by love rather than money.

The orchestra is skilfully conducted by Jonathan Mario. The show is directed by Sari Ketter, recreating the direction of Bartlett Sher. Costumes by Catherine Zuber. Lighting by Donald Holder. Choreography Christoper Evans, recreating an original choreography by Hofesh Shechter.