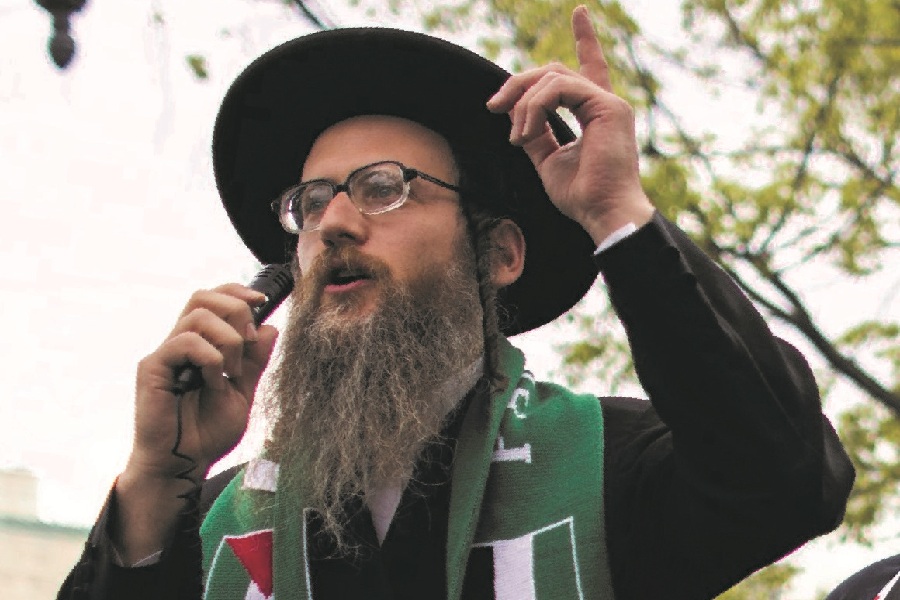 TEHRAN (IQNA) – A Jewish rabbi in New York says some people are afraid to express their support for Palestine for fear of anti-Semitic labels, but they know there is a difference between Judaism and Zionism.

“There are a lot of people who in their hearts feel the Palestinians, but are reluctant to speak out because they don’t want to be seen as anti-Semites,” said Rabbi Dovid Feldman, spokesperson for Neturei Karta. International. IQNA in an exclusive interview Monday.

November 29 has been named the International Day of Solidarity with the Palestinian People, providing an opportunity to reflect more deeply on the situation in Palestine and the decades of oppression against the people.

To further investigate the event, IQNA contacted Feldman of Neturei Karta International, a Jewish community that for years has expressed strong support for the oppressed Palestinians.

Here is the full text of the interview:

IQNA: How can the peoples of the world truly express their solidarity with the Palestinian people? Is there a convenient way to do this?

Feldman: Those who care about the Palestinians are already doing a lot to make their voices heard in countries around the world. What we need now is to involve more people in the movement, so that public opinion changes. One of the problems is that right now there are a lot of people who in their hearts have compassion for the Palestinians, but are reluctant to speak out because they don’t want to be seen. as anti-Semites. Zionists still use the charge of anti-Semitism against anyone who criticizes the State of Israel.

Therefore, an important thing that the pro-Palestinian movement can do is clearly distinguish between Judaism, a religion, and Zionism, a political movement. Whenever and in any way one expresses support for Palestine or criticism of the Zionist occupation, one should refer to the crimes committed and the Zionist regime that commits them, and not to the Jewish people as a whole or to the Jewish religion, so that they cannot rightly claim that this is motivated by anti-Semitism. Their state should never be called a Jewish state, but a Zionist state.

IQNA: The Zionist regime is expanding illegal settlements in the occupied territories despite widespread condemnation and the international community is not taking any serious action to stop this. What is your opinion on this?

Feldman: The genuine Jewish position has always been that the entire existence of the Zionist state is unacceptable. The settler movement is just an extreme and more militant version of Zionism. We, as religious Jews, following the beliefs and practices that Jews have had for thousands of years, are embarrassed when settlers claim to be religious and claim to act in the name of Torah. In no way do they represent the global Jewish community or the Holy Torah. When a religious person commits a crime, it does not make the crime religious.

IQNA: How can we make people around the world aware of the plight of the oppressed people of Palestine?

Feldman: 1-Share facts about the crimes that are occurring, 2-Show how Jews and others outside the Arab and Muslim community participate in pro-Palestinian activities, 3-Educational books and videos that teach the history of Palestine and the conflicts that took place, 4- Disseminate historical information on how Jews and Muslims once lived in peace in Palestine and throughout the Middle East, to show that the problem is not Islam and Judaism; the problem is only the political movement of Zionism.

IQNA: How can normalization agreements between countries in the region and the Israeli regime affect efforts to defend Palestinian rights?

Feldman: This unfortunately leads some people to ignore the ongoing occupation because they say, listen, even some of their fellow Muslims don’t care and are ready to recognize the Israeli regime for their own benefit, so why should we care ? Ultimately, however, what the Israelis do to the Palestinians remains a violation of international and Jewish law, and we hope countries will not forget it.

We Orthodox Jews have the same problem internally with Orthodox Jews who for one reason or another have chosen to work with the Zionist regime (like the religious parties in the Knesset). We fear that their cooperation will cause them to lose sight of the principles of Judaism which are being violated. Yet, we have hope that these Jews will eventually put their beliefs into practice and sever their ties with Zionism.

IQNA: As a community in the United States, how do you commemorate this day?

Feldman: A delegation of Jewish rabbis is to hold a press conference and march on the occasion of the International Day of Solidarity with the Palestinian People, in front of the United Nations headquarters in New York. The message will be that we appreciate all that the United Nations is doing to prevent conflict and promote peace in the world and in Palestine in particular. However, the Jewish religious position goes further than that: the Jewish people were sent into exile by Gd two thousand years ago, and they are prohibited from returning and reigning in the Holy Land by physical means. Jews are prohibited from fighting other nations and are required to live as loyal citizens, at peace with their non-Jewish neighbors. Murder and theft are serious violations of Jewish law. The Zionists have violated all of this by displacing, killing and oppressing the Palestinian people. Therefore, as religious Jews, we are promoting a completely free Palestine, where all land and rights will be returned to the indigenous Palestinian population. This is the best way to ensure that Jews and Muslims live in peace again as they did before the current conflict.

Based on this, the speakers’ message will reiterate what the Jewish religious leaders of Palestine have said in their appeals to the UN since the establishment of the Zionist state: that the entire state is not allowed under Jewish law. and is not the wish of the Jewish people.

Lisa Gruenberg discusses her book, “My City of Dreams” with Laurel Braitman